Man, nature and everything in between! 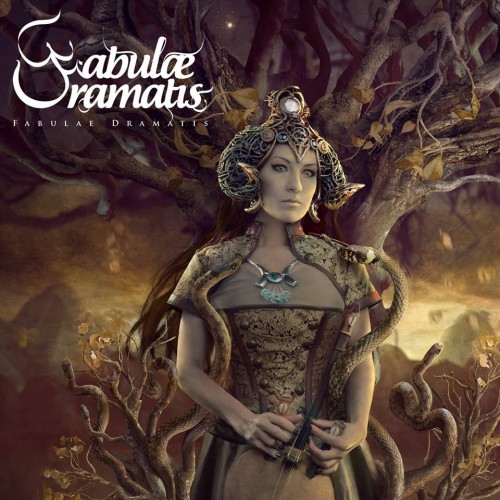 I first met Fabulae Dramatis when scouting around for bands for Shredder Sunday VI. They instantly accepted my offer to include the song Agni’ Destiny (Fire I) on that episode and shortly thereafter I received their freshly released album Solar Time’s Fables from Hardlife Promotion. Enough introductory talk, let’s go!

Solar Time’s Fables is the second album from the Antwerp based avant-garde metal band Fabulae Dramatis and is an independent release. Although the album has a heavy metal feel at its very core, the band employs a wide arrange of influences from various metal and non-metal related genres. Songs like the album’s opener Agni’s Dynasty (Fire I), Sati (Fire II) and Barren (Gravel) are the most metal oriented tracks on the release, with the latter two wrapping up with an epic guitar solo. Metal subgenres like death metal, black metal, symphonic metal and progressive metal are all featured on the album. On the other hand, songs like the relaxing jazz song Sirius Wind, the Arabian instrumental Forest and the tango dance track El Roble Para El Corazón (Wood) show a very different, more exotic side of Fabulae Dramatis. In addition, the band incorporates various vocal styles ,both male and female. Clean heavy metal vocals, operatic symphonic metal singing, death metal growls and black metal shrieks. And if that wasn’t enough variety already, the band also employs a ton of additional instruments to their core metal sound such as violin, harp, custom percussion, accordion and more! As you can see, there’s a lot to be heard and enjoyed in Solar Time’s Fables, however, one thing that remains consistent through the album is the hypnotic feel that the music provokes. A feel that will keep you engaged all the way through its 50 minute runtime!

Many songs on Solar Time’s Fables deal with humanity and its influences over nature and each other in both good and bad ways and using plenty of metaphors referring to nature, mythology and fantasy. Fabulae Dramatis clearly is a thinking man’s band in both music and themes. On the album’s front cover is the band’s leading lady Isabel in her signature outfit, with a determined look in her eyes and with two snakes crawling up to her shoulders. She actually looks a bit like Medusa! Maybe it’s a good thing she doesn’t look straight at the camera, she might have turned any potential buyers to stone!

[THE SHARPEST SHREDS AND THE BLUNTEST BLADES]

One of my favorites on the album is the third track, Heresy (Steel). It’s actually two tracks in one, with one part featuring bassist Hamlet barking his way though his lines alongside aggressive beats and another part having vocalist Isabel going fully operatic and providing the song with some breathing room. Both styles and singers take turns at hitting your eardrums and it’s awesome! Another favorite of mine is the tango-inspired track Roble Para El Corazón. It starts off with a seductive accordion melody and lyrics in Spanish before the song’s main melody is being played on both the accordion as well as an electric guitar. It creates a unique dynamic! Songs like that make me wish that I could tango dance myself! Overall, I can’t really think of a track that I would consider to be objectively inferior to the other songs on Solar Time’s Fables. This is just such a multi flavored album that’s so diverse yet still remains impressively engaging. Time to score this little gem!

8 Medusa gazes out of 10! A huge and ambitious project that I can warmly recommend to both metalheads and non-metalheads alike! Given the fact that this is only Fabulae Dramatis’s second release, I’m very curious to see what they’ll bring to the table in the next few years! But for now, enjoy the live video of the album’s fourth track, Sati (Fire II).