Punk around the clock 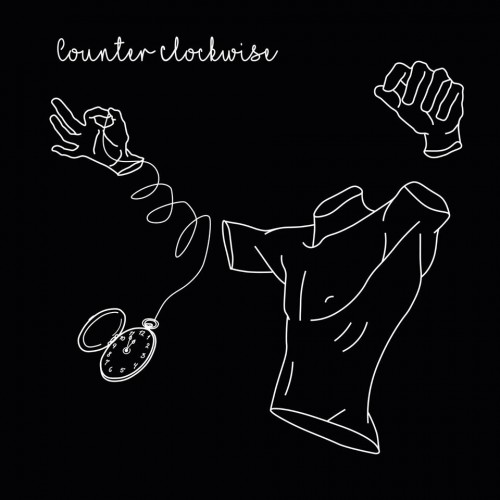 A while ago I was contacted by CLCKWS’s bassist Seppe asking me to shred his band’s debut release Counter-Clockwise. Well, I’m finally done with judging all those 109 bands who competed in the first round of the Wacken Metal Battle Belgium 2018 so it’s finally time for some much needed shredding!

Counter-Clockwise is the debut EP of the Zoersel based female fronted hardcore punk band CLCKWS and is distributed by Nosebleed Records. It’s a 15 minute release currently available through Bandcamp digital download (https://clckws.bandcamp.com/releases) and cassette and will also be released on CD in February. For me, the EP is a rather mixed bag. Beginning with the things I don’t like, Eva’s vocals. She yells and screams her way through the EP but I believe she’s trying too hard to be wild and angry and therefore spoils some of the listening experience for me. I think her vocals will be more enjoyable to listen to if she were to sing in a more natural voice. In addition, sometimes CLCKWS go for faster, almost thrash metal style riffs at the end of certain songs. However, those sessions only go on for a couple of seconds before they come to a sudden close. Those ending sections feel out of place and they don’t build up to anything. It’s like having sex and getting your orgasm too early! And men like me know that’s a huge shame!

Fortunately, CLCKWS’s debut release also has some damn good stuff, especially in songs like Amnesia and The Amused, where Neb shows off some epic heavy guitar melodies and where Eva’s sings more relaxed and therefore more enjoyable to listen to. And in the track Sorry’s Kind Of Standard the band shows off their thrashier side much more effectively with consistently fast riffs throughout the entire song. Much better!

I did not get any lyrics from the band, but given the titles of the EP’s songs it’s all about the typically fuck this world rant that many hardcore punk rock bands are familiar with. As for the cover art, CLCKWS have made up a black and white hand drawn image of a headless male torso with his two decapitated hands floating around and the right hand holding a clock showing it’s five minutes to midnight! Ironic actually, if I were to see such an image in real-life I’d probably vomit, but here it looks rather stylish. Too bad the clock went for five minutes to midnight instead of two, otherwise the cover would’ve made for an awesome Iron Maiden reference.

I already mentioned the tracks Amnesia and The Amused earlier in this review and along with Sorry’s Kind Of Standard they form my personal favorite tracks from Counter-Clockwise since they most accurately present CLCKWS talent for rock-solid melodic punk rock and mosh-pit inducing tunes respectively. As for the weakest tracks, I first take Blow Up The Boiler Room as it’s only 17 seconds long and although it has badass riffs (including an awesome bass line), I wished it were much longer. And I also subtract the EP’s instrumental finale, T.S.I.B.O.P.B.T.A.T. as it’s just a set of closing off guitar and drum beats without any context or structure.

5 clocks out of 10. Although the EP itself has several ups and downs, I do feel that CLCKWS have plenty of potential and given time, they’ll very likely be a great hardcore punk band. And to proof my confidence in CLCKWS, you can enjoy Amnesia, the EP’s second track!