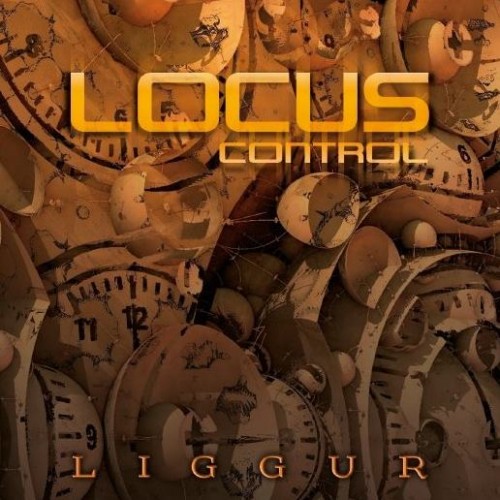 I was contacted by Locus Control’s guitarist Koen a few weeks back. He remembered me from Rock Kappaert 2016, a festival which we both had attended and where I had shredded Loose License and Speed Queen. Koen offered me to send me a physical copy of his recently released full album Liggur. And of course I accepted so you know what’s coming next!

Liggur is Locus Control’s second independent album after their successful debut Attavita, which was released in February 2013. Like its predecessor, Liggur is a full instrumental album except for some occasional monologues. The band mixes elements from heavy, progressive, stoner and even thrash metal into their sound resulting in a style that can smoothly switch between slow, ambient rock and fast, powerful metal. Some tracks, like Capricorn One and Singapore-Newark, are great examples of how Locus Control transitions between those various heavy metal styles. There are also the two longest tracks on the album, both going over  well over ten minutes, but because of the musical flexibility these songs never feel repetitive.

Other songs, like Le Diable De Tarot and Solliquy, are much shorter and more consistent in their style. Tarot is a balls to the wall thrash metal track while Solliquy is a peaceful acoustic guitar tune. And finally the ending track Beesting is a relaxing mix of guitar and keyboards that would actually fit very well for elevator music. Another element I dig a lot about Liggur is the huge emphasis on bass throughout most of the album. I love bands that pay proper respect to this amazing instrument and in the case of Liggur it gives the heavy parts of the EP a thunderous feel. Hell, there are even a few short bass solos spread around the album. Cliff Burton takes his hat off to you, guys!

Since we’re dealing with an instrumental album there’s plenty of room to personally interpret the songs’ stories. The first track, Triskaidekaphobia, deals with the fear of the number thirteen. The second tune, Le Diable De Tarot, is about the devil that resides in us all. Afterwards the song Capricorn One deals with space travel (and taking cues from the 1977 movie of the same name) and finally Singapore-Newark is about a plane trip from Singapore to New York (I guess).

A steampunk-inspired front cover with clocks, antennas and gears. Personally, I love those various shades of brown and yellow they used in the artwork. It makes the art look rusty and in decay yet at the same time it looks polished and modern. Very stylish!

I pick the opening track, Triskaidekaphobia (try saying that 10 times in a row). It fits perfect as an opening showcase of Locus Control’s style, beginning with a gentle guitar riff that gets heavier as it progresses until the band goes into full heavy metal mode. And that bass transition in the middle gave me goosebumps!

Not a song in this case, but rather the frequent monologues during many of Liggur’s songs felt distracting and unnecessary to me. I like the fact that the band uses their instruments to tell their songs’ stories so I wished they left out those minute-long speeches entirely.

8 tarot cards out of 10. Locus Control’s second release is a very solid album that I can warmly recommend to those looking for some progressive, vocal-less material. Just be sure you’re not afraid of the number 13!

Here’s the fifteen-minute long epic Capricorn One, featuring clips from the 1977 movie of the same name.