If you're going through hell, keep going! 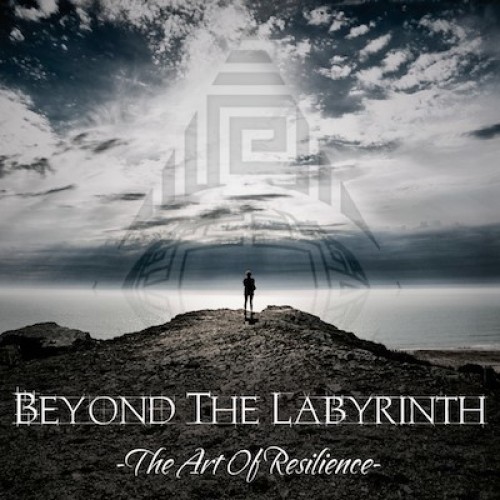 A while ago, Beyond The Labyrinth’s founding member Geert Fieuw introduced me to his band and permitted me to use the music video and audio track of “Watching Over You,” a track of his latest album, into my first Metal Shredder Showcase. Not only that, but I even received a physical copy of the Art of Resilience from Hardlife Promotion by mail. So thank you very much, BTL and HLP, it’s been a blast shredding this one. Oh yeah, and it was a long, multi-faceted blast. Dear reader, an album this varied and ambitious requires an expansive review, so sit down, relax, get a beer and enjoy this shred.

The Art Of Resilience is Beyond The Labyrinth’s fourth album since the band got started in 1996 and is distributed by Spinal Records. The Art Of Resilience is a huge project wherein the band puts many different rock subgenres alongside one another as well as having many guest musicians provide their vocals or riffs to the album’s twelve tracks. The album has hard hitting heavy metal songs such as the opening tracks “The Set Up (Innocence Presumed)” and “Carry On,” power ballads like “Someone Watching Over You” and “Fall of The Raven,” and pop rock tunes like “If You Believe” and “Virtual Connection.” There also is a dark symphonic metal track in the form of “Salve Mater,” a gentle acoustic guitar song called “Liberation Day” and even an operatic power metal song named “Prince Of Darkness.” Despite the variety of subgenres, several elements typical of Beyond The Labyrinth’s style remain present in the album. The band takes its main inspirations from vintage 1970s rock music à la AC/DC, ABBA-inspired pop and classical music. Therefore, the main rock arsenal of guitar, bass and drums are frequently being joined by other instruments such as synthesizer, piano, organ and even a children’s choir on one occasion.

As I mentioned before, the Art of Resilience has several guest appearances from friends and fellow musicians of Beyond The Labyrinth such as Ostrogoth vocalist Josey Hindrix, FireForce founding members Filip “Flype” Lemmens and Erwin Suetens, Max Pie lead singer Tony Carlino and acclaimed American multi-instrumentalist Tara Lynch. Some vocalists, such as Oliver Wright and Colin Flynn have high-pitched, operatic vocals while others like Josey Hindrix have a rawer vocal range. They all beautifully play to their strengths and provide each song with an unique flair and flavor. So there you have it, a ton of talent, a ton of variety and a ton of fun to listen to!

The Art Of Resilience’s primary theme is exactly what the album’s title describes. It’s all about confidently facing your fears, enemies, death and other dangers life throws at you using the power of love, trust or sheer force of will. Many of the songs use rhyme which gives the songs a rhythmic sing-along feel. Some songs have optimistic, love-driven themes like “Someone Watching Over You” and “Virtual Connection” while others are more depressing like “Fall Of The Raven” (which deals with the narrator mourning the death of a beloved one). By far the darkest song on the album is “Salve Mater,” which takes place in a haunted asylum and features the narrator describing the darkness and fear he experiences as he ventures through the abandoned building, feeling the souls of the deceased child inhabitants surrounding him and fearing for his sanity yet he still ventures on.

On the front you can see a man standing on a hill, watching the sea waves gently collapse against the coast side while a transparent pyramid looms in the distant skies. The image looks peaceful, mysterious and even a bit threatening all at once. On the inside you can see pictures of all the guest musicians featured per song and some beautiful pictures of panoramas like a sunset and a city at night. And the album’s disc is printed in the shape of a vintage LP record, awesome!

I’ve got several favorites here, the album’s third track, “Someone Watching Over You” is a beautiful, sincere power ballad with epic vocals and wrapped up by an awesome guitar solo. “Liberation Day” is a lovely humble song with a finishing guitar riff that makes me do a fun Sirtaki dance. “If You Believe” could perfectly fit in a Rocky training montage (and I love the Rocky films) and “Salve Mater” was a deliciously haunting song. That children choir in the beginning of the song still gives me the chills!

But one song that really deserves mentioning here is the album’s second track, “Carry On.” It’s a straight-up heavy metal track with a motivational vibe that, like “If You Believe,” would be the perfect song for a training montage, but what makes this tune so special is the man who’s doing the vocals. “Carry On” is sung by the late Wizz Beauprez (singer of Wizz Wizzard), mere months before he died from cancer. Despite him being fully aware that he would soon be leaving this mortal plane, he unleashed a powerful vocal performance that’s so motivational and full of joy. Since the album was released after his death, you could say that he’s speaking to you from beyond the grave, telling you to carry on with your life and to keep the fire of rock burning in your soul! Well Wizz, that’s exactly what my fellow Shredders and I will be doing. May you rest in peace!

I’m not going to wreck my brain to find a track I didn’t like in the Art Of Resilience because for me as there isn’t really a song that I’d rather skip on this album. Every song is made with just as much passion and talent as the others and therefore, nothing on the Art Of Resilience is (un)worthy to be mentioned here. So here you have…

9 pyramids out of 10! Phew, this was a tough album to shred, but I believe I’ve done this masterful album justice with this review. Beyond The Labyrinth’s The Art Of Resilience is a magnificent release that fluently transitions between various rock subgenres and showcases to you some of the finest musicians the Belgian and international underground rock scene has to offer. The album can be hard and heavy, smooth and silky, symphonic and bombastic or gentle and down-to-earth. No matter what music you dig the most, Beyond The Labyrinth’s The Art Of Resilience is wholeheartedly recommended!

Enjoy "Carry On," the album's second track, as well as the accompanying tribute video to Wizz Beauprez made by the band.