Is pleasure without sweat is a real pleasure ? 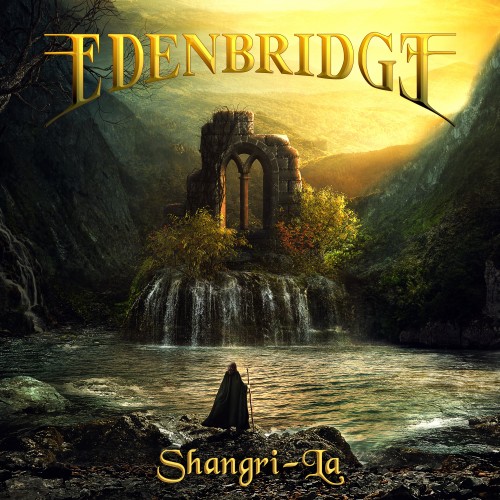 Mea culpa, it's been more than a month since I was supposed to do this review, but, a lot of things made me fall behind in a lot of things. So, I'm making up for it and I'm starting right away by trying to get my feet back on the ground!
So, for those who don't know Edenbridge at all, it's a band that, seemingly, already has more than 20 years of experience (24 to be exact) and 22 since their first album "Sunrise Eden"). Is it necessary to be stricter with them? I'd say it is! It would be a shame to set the bar low for them since Edenridge has already had so much experience making music. But let me reassure you (spoil alert) Edenridge's "Shangri-La" turned out to be better than what I had expected, and my expectations were already quite high to begin with!

Track 1 is "At first Light" and is as good as an opener can be. A song that gives me a good time when I'm listening to it and encourages me to further shred through this album. The song has a large Pink Floyd vibe and although I'm no Pink Floyd fan I do like this track because Edenridge beautifully builds up the intensity during this track. They've "twisted" the whole thing" so that it's a little spicier, more attractive to my ears, which I lack in the, in my opinion, too soothing and intellectualized music that is Pink Floyd (but don't get me wrong, I respect Pink Floyd for the massive influence they've had on the music industry as a whole).

Next up is track 2 which is "The Call of Eden." A clean piece of music, not my favorite song on "Shangri-La" but it isn't suffering from any defects. But I must admit the song felt quite safe and generic, too bad, since there are some really nice gems both before and after this song. Track 3 is called "Hall of Shame," an inspiring song where the guitars pack such a punch that their riffs and solos alone are enough for me to have a great time with this track! Although in the background drummer Johannes brings the necessary support to hold all this together at a tempo which, on a 5-minute track shows that he's a true pro at his craft.
Then comes the album's acoustic "coffee break" called "Savage Land." The moment when you catch your breath and listen to the enchanting voice of Sabine with some gently acoustic guitar tickling in the background. A nice relaxing song that refreshes the ears and overall a more than solid bridge. Track 5 is "Somewhere else but Here" and features a very heavy metal styled beginning but later on some symphonic and progressive elements come in and so the track turns into some kind of a hybrid, we feel that we're not far from Nightwish. A very well realized tune and it shows what Edenridge can do best. It does pass like a little piece of candy and it's a little too sweet for my tastes!

Track 6, "Freedom is a Roof made of Stars" is a song that gives me mixed feelings. On one hand, I like it very much with a sweet mix of electronic and acoustic instrumentation but on the other hand, I find that Sabine's voice does not fit. Don't get me wrong, her voice is magnificent, but I would have liked so much a voice more extended or more rock or I don't know, more! I have the impression that she lets herself be overtaken by the music, not in tempo but in intensity and in power. And it's exactly on this type of track that the comparison with Tarja Turunen or even Floor Jansen is felt!
Next up is "Arcadia (The Great Escape)" which starts in ballad mode, but it's Edenbridge and once again they mislead you with a simple, straight-forward beginning until they pull out all the stops! Here again the guitars and the orchestral side help to raise what could have been a more quiet and peaceful song. Sabine leads us with her voice between the pop folk on a ground that, although reassuring, we take height and lightness. A flight supported in turn by the superb work of Johannes, and that magnificent solo guitar work of Dominik at the end. I feel this masterful end part with the high-flying voice of Sabine and energetic guitars give a real plus to this track. We even wonder why she doesn't push herself a little bit more on some of the other tracks because she proves here that she is more than capable of doing it!
Track 8 is called "The Road to Shangri-La" and don't be fooled by this "Kashmir" inspired beginning, we're very far from Led Zeppelin! A title which, if the guitars were not there, could be classified as pop-rock but, as is also the case with the other tracks on "Shangri-La," we thank these splendid solos/duets which transform this title into a union between two musical worlds, between hard-hitting metal and... Queen! Yes, I hear a metalized version of "Innuendo" here! The "Shangri-La" album ends with "The Bonding (Pt2)." A massive and beefy 16-minute track that's basically 3 high-tier songs merged into one and I've adored every minute of it! There's piano-guided ballad, a duet with male and female vocals, an orchestral section and of course, a lot of virtuosic guitar solos! 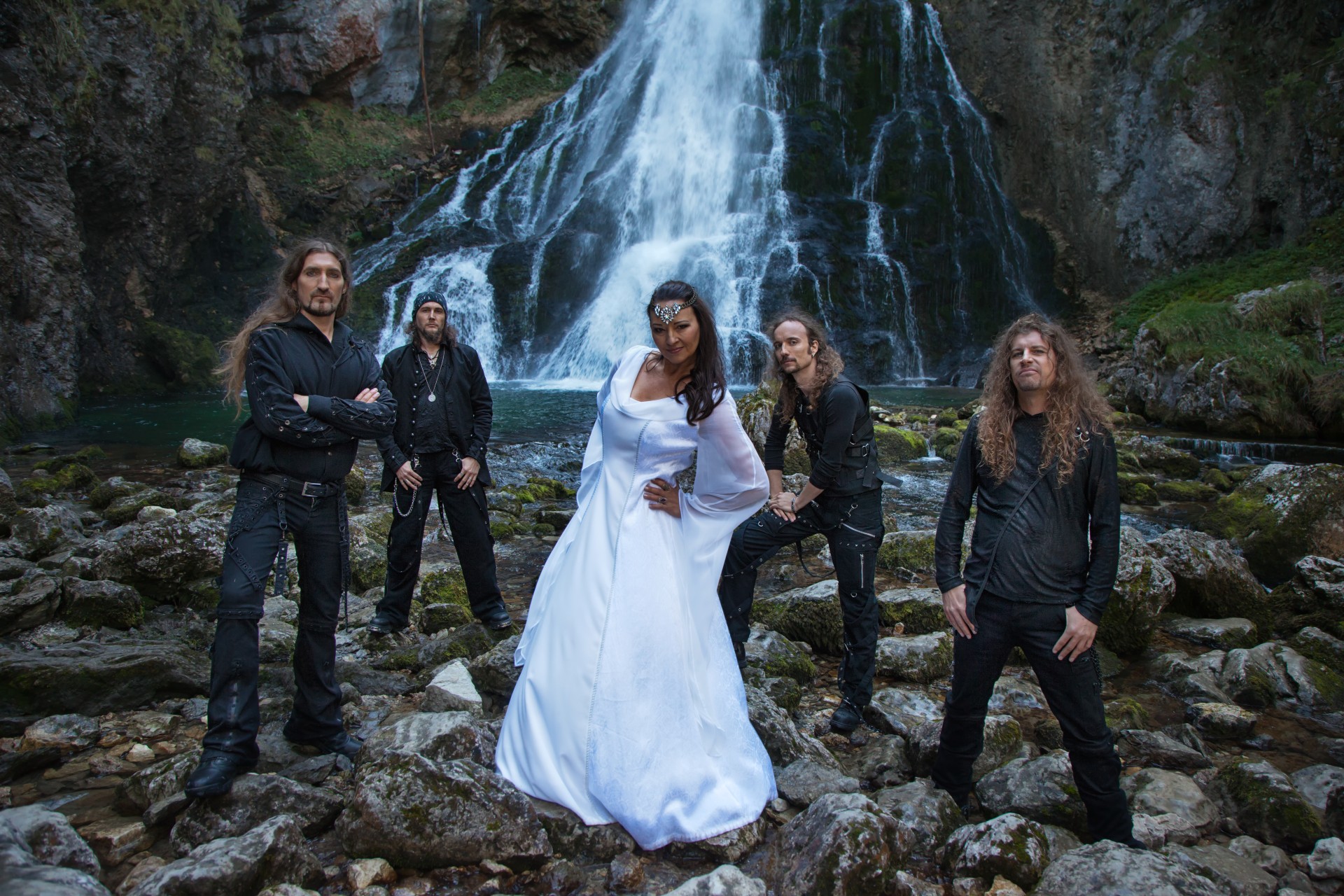 For me, this album is what we would call a "good universal musical moment." Let me explain. You've just had a bad day at work, you play it, it allows you to go home without being afraid to rage-slap everyone with a baseball bat. You just had a good time, you can extend it with this album that will keep you spirits high. You're waiting like an idiot in the supermarket parking lot for your husband/wife to finish his/her "5 minute errands," with this album you'll be able to wait and discover all the little subtleties. In short, this is the kind of album you need to be able to pull out at any moment because it is a bit like the "42" of the metalhead.

Let's be more explicit. In fact, several things are clear and several aspects are to be taken into account when you listen to this album and that, as for me, it's the first album of Edenbridge that I've listened to. So my view of this band and this album may be different compared to someone who has following Edenbridge for longer. There are several things to consider. First of all, yes, it looks like Dream Theater crossed with Nightwish crossed with Pink Floyd crossed with... yes but in fact it isn't exactly the case, and that's where the trick lies! During the entirety of Edenbridge's "Shangri-La" album your brain will be saying something like  "hold on, that melody/vocal delivery/etc. makes me think of something! "and immediately after you'll be telling yourself "ah no, it's not quite the same thing after all" or "ah, but in fact it was just a part, now we're totally elsewhere!" And so you will be spending most of the time with this album on your toes, waiting to hear what Edenbridge will be throwing at you next!
So let's make things clear right away: No, Sabine doesn't have the same voice as Nightwish's female singers, no you won't have a leaden growl and counterpart of the high female voice like in Epica, you won't have a full song in the same style as Pink Floyd, nor a "real" full power metal. On the other hand you will have a little bit of everything mentioned earlier with the addition of Nordic heavy metal. Sabine's voice which is really tuney, comforting and inspiring, evolving and bewitching compositions without becoming tiresome. Lead guitarist Dominik is always right in the melody he proposes, without exaggeration but virtuoso! In fact, all their music is melodic and features a lot of built-in accuracy, intelligence and purity! The whole album shows a real know-how, not only in each piece but also in the choice of these and in their order! Experience, know-how, intelligence... we avoid falling into excesses... and it's very good!

What can we criticize them for? Probably that their sound is a little too clean, I like it when there's a little risk involved but, here we feel that everything is under control. There's no measure of too much, not a sound or an effect not contained, even if the times of the titles are too long to pass by the radio, we are really in notions of metal that are very acceptable by anybody... but it all feels a little too safe for me. It could've been a bit more spectacular and heavier, but the end result is certainly warmly recommended!