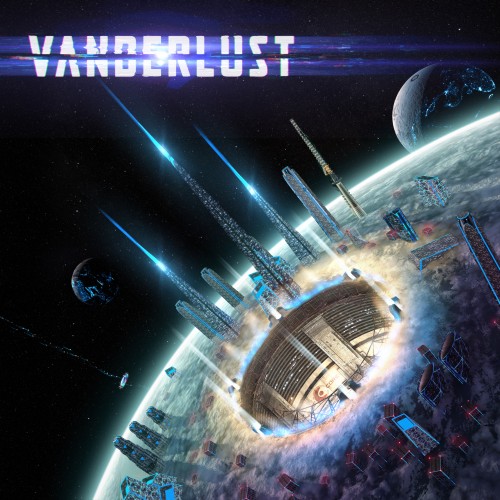 Ladies and gentlemen, hang on, I'm talking about a time that people under 40 couldn't possibly know! A time when MTV still played music videos on its channel rather than young assholes ready to pretend to be smart to get on TV. A time when we could have fun on "Beavis and Butthead" drinking beer and eating meat and riding motorbikes without having a self-righteous vegan ecologist to lecture us on our way of life! I promise you (for the younger ones) that this time existed!
Well, at the time, contrary to what many other contemporary old-timers may tell you, there was really everything, including bands with the markers of rock, pop, metal and sometimes, also paying attention to their look and making beautiful smiles of crooners to the camera. No I'm not denigrating, there was something for everyone! And in the end it opened the doors of radio and television to a style considered degenerate by the oldies of the time.
So, I said that because of? Ah yes, because of the singer's voice! It's the kind of voice you could often hear in those years! I take for example 1980s Pantera, Alice In Chains, Bon Jovi. But be careful, here, contrary to a lot of bands we listened to at that time, the music is really more technical and faster! In any case, they classify themselves as prog metal, which is a pretty general subgenre so I’ll now try to describe what Vanderlust is all about.

The album begins with “Intro," which serves to set up the album’s story about space travel to the album and functions as a launching pad to “High Hopes” wherein we can immediately feel that there’s a certain weight to the music... wah-wah effects, distortions and echoing vocals and other musical effects are used here. They do, however, add to the overall music style and clearly deliver on the alien sci-fi feel the band is aiming for. For me, this track is one of the highlights of Vanderlust’s debut album. There’s a lot to be found here and it all serves a purpose. Same goes for the next track, “Orphan Planet,” a track that starts with a guitar solo and then transitions to a song with operatic singing, grinding bass and fast-pouding drums.
"Forgotten Breed" is a beautiful tune with a soft increase in intensity with the album’s usual chords & effects and vocalist Riccardo’s melodic voice caressing our ears while we feel the guitarists gradually joining the action ... then bam, ... at the 1:22 minute mark the band goes all guns blazing! Then things calm down into some form of contemplation only to come back to something more straightforward and almost thrashy. In fact, “Forgotten Breed” slingshots between the majesty of a ballad and something more binary and violent and I believe that’s one of the band’s main strengths. "The Last Ganymedian" is another borderline "Mister Big" tune. It has a gentle start by means of acoustic guitar and gentle vocals with the vibes of a band at the end of their career. Once again this peaceful intro moves towards a heavy metallic riff barrage (topped off with some evil laughing) before finally returning to the peaceful acoustic music from the song’s beginning.
“Scavengers Of Kuiper Belt” is a more power metal themed song with upbeat melodies and heroic singing but with the vocals sometimes going for a dark and menacing whisper. The greed of scavenging it seems. "Mass Effect: Destruction" is symphonic metal style interlude with heavy guitars and choir chants playing the same melody that builds and builds and then abruptly stops, leaving us hungry for more. The idea is good, but even if they did that, I would have preferred them to go all out and give us a 7 to 8 minute track by going deeper into their "space/galaxies" delirium. Pushing the atmosphere, parts almost without noise, darkness, discovery softer as caresses of lights.
We then move on to "Requiem For An Ancient World" ... Here we feel that they want to leave us with a great and memorable track and you know what? They succeeded without any issue! Everything I liked about Vanderlust in their debut album is here, all their skills, competences, and knowledge are there to give a song that goes all out. It’s not something everyone can pull off, cramming so much depth and complexity in a song less than 5 minutes long while remaining very accessible to even casual music lovers. It’s something between Mike Oldfield's “Tubullar Bells” and ... Iron Maiden's “Senjutsu” (for example). Then comes a ballad called “3 Suns,” (at least it’s a ballad for its first 40 seconds) and then the band goes back to full speed with Franz jamming riffs that scream for the plectrum to be changed for every song  and Riccardo’s clean “son-in-law” voice. A great tune to dance or sing along to (or both).
“Dyson’s Swarm” doesn’t feature that many surprises compared to some the earlier tracks on Vanderlust’s first full-length but it’s still an enjoyable track to bang your head through. The next track, “Ringworld” is an instrumental tune with marching beats that would fit well for a videogame boss battle and which nicely transitions into the penultimate track, “Ten Years Back” which another galloping power tune but with a sweet acoustic middle part to cool things off. And finally there’s “Zima Blue” an intimate tune with an acoustic beginning that eventually explodes into powerful riffs and high-octane singing before it all breaks down, quite literally. 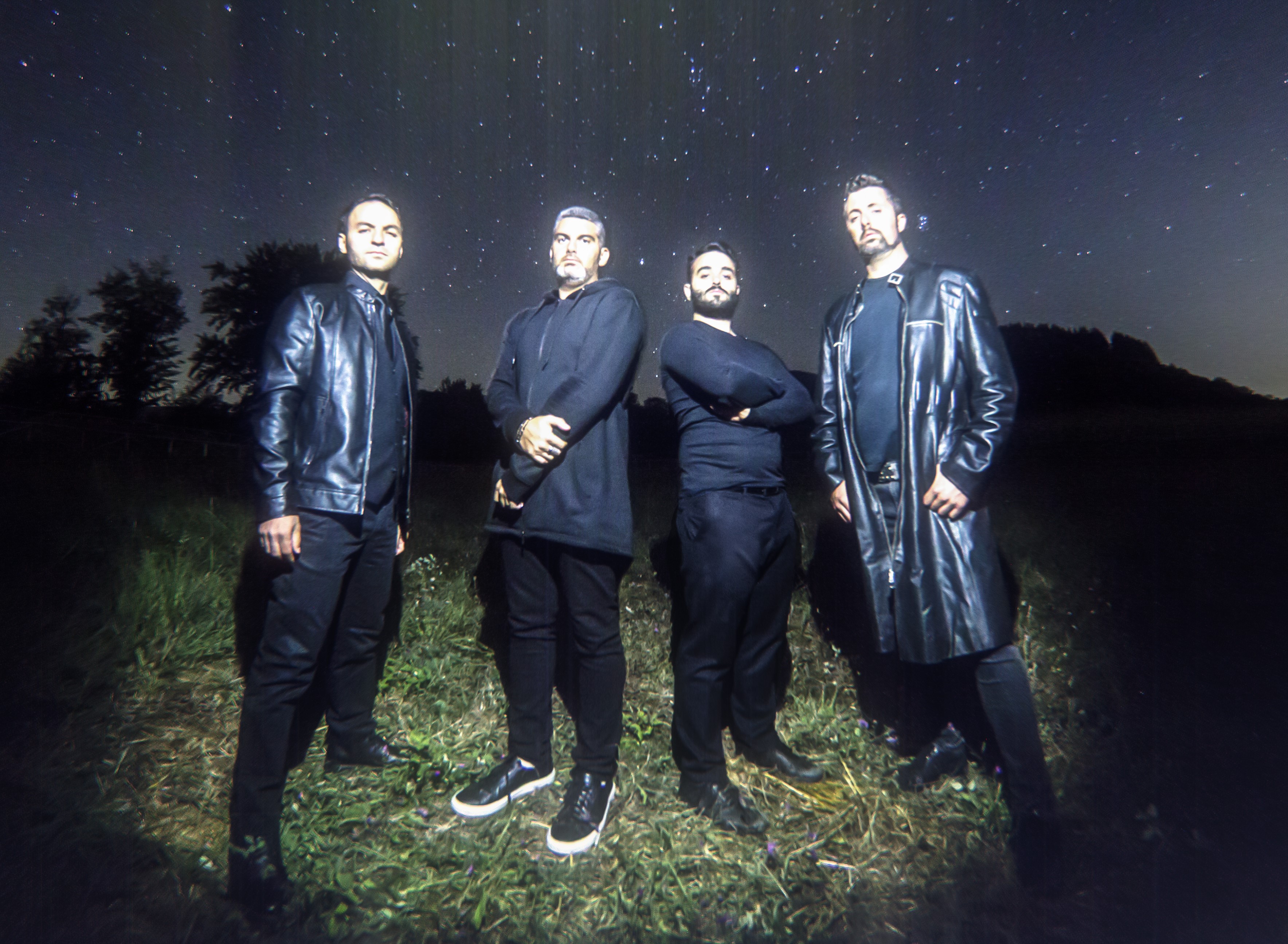 If I had to summarize WanderLust I’d say they use "knowledge and mastery at the service of metal." I don't know the previous projects of our protagonists (except for drummer Giachi and guitarist Franz who have experiences in thrash and prog metal projects before this), but you can fell the band has plenty of experience in putting their talents on full display. I've already listened to bands where, well as we have outstanding technicians, ... we put them forward, ... yes but all the time, it's heavy and it loses coherence with the subject and the style. Here, none of that, and it's so much better! Wanderlust didn’t add any unnecessary fat to their meaty music and it makes their sound all the better for it.
It should be noted that one thing that often goes unnoticed, especially in all that is rock/metal and other "venereal stuff" is the work of arranging/mixing/post-producing/mastering ... and there ... once again, ... for me it is an example to be shown in all schools of sound! We don't realize how important it is to have your material properly mixed and arranged no matter how well the material is by itself.
Although I won’t cut any track from the album, my biggest regret is "Mass Effect: Desctruction" which, in my opinion, deserves a more in-depth revisit, especially since the album’s other tracks so beautifully show what VanderLust is capable of! That aside, well, there's nothing to be thrown away here!  VanderLust is the kind of band I'd like to see on a nice big stage and that makes me say that I had known a nice time when this genre (although different at the time) was "almost-mainstream".
VanderLust is a complex yet accessible heavy prog & power metal act with flexible, operatic yet at times aggressive vocals, fast and well-armed bass, crazy guitars and plenty of audio effects that add to the overall sound without becoming overused. This is one band that you can share with all your music-loving friends no matter if they are neophytes or audiophiles.