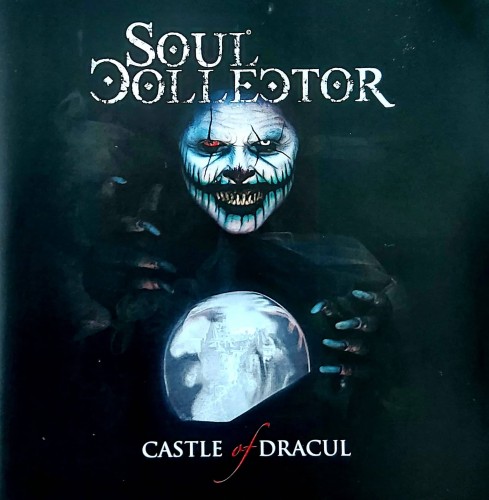 Soul Collector is a band that I’ve been following for the past six years. I also formed a close bond with the two brothers known as Lord Mantus & Lord Mictian and Mantus especially kept me in touch about the band’s activities and recently they came over to my Shredder house to offer me a copy of Soul Collector’s debut album “Castle Of Dracul.” Let’s shred it out, the Lady and the Lords demand it!

“Castle Of Dracul” is the debut album from the Geraardsbergen-based gothic metal band Soul Collector. The album consists of both old and new Soul Collector material, all freshly recorded and mixed and can be seen as a kind of a compilation release. “Castle of Dracul” is released independently.
The album begins with the menacing riffs of “Life After Death” that gives this song some classic Black Sabbath vibes. Next up is “To An Angel” that is more of an old-school rocking tune with a nice ending growl. Then comes “Infernal Names” a song with thunderous bass and catchy lyrics that remind me of Ghost. The title track “Castle Of Dracul” comes next, and the crunchy bass immediately rumbled into my ears as well as the gravely vocals and doom metal atmosphere.
The album’s fifth track, “Torn” is another doom like track created by the dreary yet melodic guitar riffs. The band’s eponymous track “Soul Collector” comes next and features marching beats that build up towards a catchy chorus and the whole song just gets more and more intense as it progresses right until the explosive finale. Next up is “Dark Secret,” one of the darkest songs on the album given the song’s subject matter (which deals with suicide and the pain and unanswered questions that torture the victim’s remaining loved ones) and the band conveys those painful emotion extremely well.
After that comes the album’s eighth track, “Fear,” another heavy riffing track with a sweet melodic side. “Divorce” is another dark rocking tune without anything special to make it stand out from the other tracks. The next tune, “Lost,” however, is beautifully atmospheric, particularly in the middle part when the guitar melodies are howling through the speakers. “I Want” is a powerful marching tune and “Labyrinth” features Naamah doing some black metal vocals (wish she did more of those). Finally there’s “Nosferatu,” one last heavy barrage of dark riffs and demonic vocals to seek your teeth into as the album reaches its end.
Describing Soul Collector’s sound isn’t very difficult, especially since the album’s 13 tracks are pretty consistent in style and tone. The main elements in Soul Collector’s sound are the dreary atmosphere further amplified by the melodic & bass heavy riffs and Naamah’s crisp and raw vocals. She often sounds like someone possessed by pure agony and given the tragedies she had to go through in life, it’s chillingly beautiful to hear her roar out all her physical and mental pain. Other than that, Soul Collector’s songs are a blend of rock n’ roll beats with a doom and black metal feel. The album also has solid production which is pretty impressive given the band’s limited resources. For the most part, “Castle Of Dracul” sounds thick and thunderous, which fits very well with the dark and heavy songs on the album. 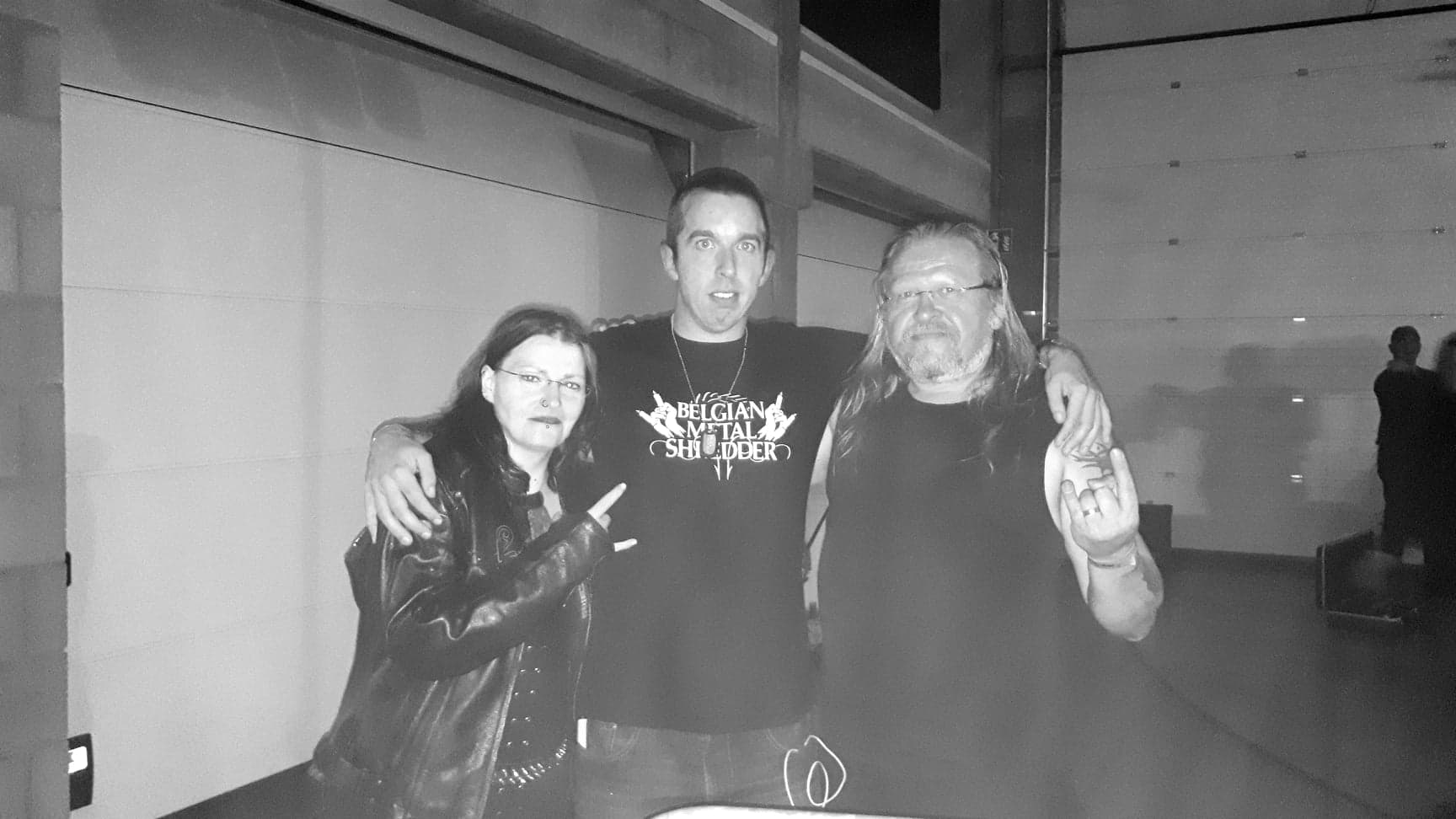 There are currently no up to date band photos of Soul Collector, so here's a recent picture of me posing with Laby Naamah & Lord Mantus.

The artwork for “Castle Of Dracul” features a menacing clown-like witch waving her hands around a crystal ball that shows Dracul’s castle. The witch reminds me of a blend between Pennywise, the Joker and Dracula and her gaze and sharp-toothed grin is especially creepy.
But what’s more compelling than the artwork are the themes in “Castle Of Dracul.” There are songs about death & the afterlife, depression & suicide, fear & desire and other real life horrors. Horrors that the band members have experienced themselves in their own lives, which makes the entire album feel even more grim.

My favorites on “Castle Of Dracul” include the sweet melodies of “To An Angel” and “Fear,” the catchy grooves of “Soul Collector,” the extremely grim theme of “Dark Secret,” and the Black Sabbath like beats of “Lost.”
While the band’s plays a consistently solid set throughout this album’s 50-minute runtime, I do feel that the band is capable of more than what I’ve heard in the album. Mantus, for instance, plays several beautiful guitar melodies throughout the album but I think he’s capable of playing some beautiful solo work as well. I also think Naamah’s vocal range isn’t at its full potential in this album either, she has a couple of clean vocal lines and I hope for the next album she’ll be combing some clean singing with her usual slow, demonic voice. That being said, however, the end result is still pretty impressive given the band’s shaky history. So I give “Castle Of Dracul…”