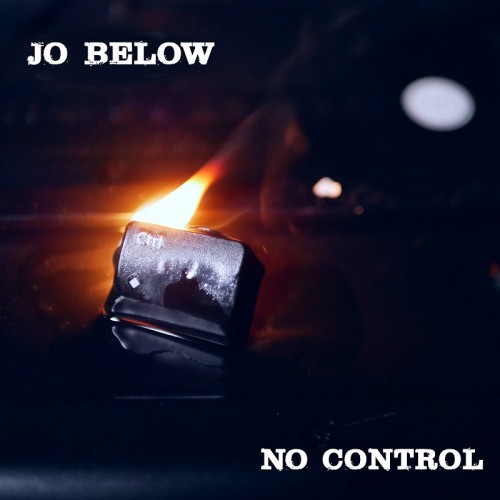 About a year ago we played a tune from the Finnish hard rock band Jo Below on Belgian Metal Shredder On Air, specifically the song “Paying For More” from the band’s debut EP “By The Rules.” This month Jo Below has released a successor EP so let’s give this one a shred!

“No Control” is the second EP from Jo Below (which rose from the ashes of the American-styled hard rock band Devil I Know) and once again released via the Finnish record label Inverse Records, who, as usual, have sent the EP directly to us. The EP begins with the roaring riffs and attitude-filled vocals of “Ms. Death.” Underneath the song’s heaviness there is some gentle keyboards which give the song some extra flavor to its solid yet pretty generic hard rock style.

The next track, “Where Are You Now?” shows Jo Below’s softer side with an upbeat rock song backed by a long and beautiful guitar solo. While the track is optimistic on the surface, the song’s theme about loss and loneliness do give this particular tune a sad undertone. Then comes “Another Dimension,” another peaceful song with occasional guitar & vocal outbursts. This time the rhythmic drum beats take center stage alongside crispy bass and tickling guitar lines. “I Confess” brings back the heaviness from the EP’s first track with a solid jamming tune and finally comes the title of track of the “No Control” EP. A relaxing acoustic tune wherein Johanna’s howls contrast nicely with the lonesome acoustic guitar.

All in all, these 5 new Jo Below tracks each offer a unique take on the band’s modern hard rock style but there certainly are some tunes which stand out more than others. This may of course depend on your own musical tastes and personally I prefer the songs wherein the band moves away from the downtrodden hard rock path and brings something special. And while the EP’s runtime is pretty short, I do like the overall variety on display here, especially compared to their debut EP “By The Rules” from last year. In addition “No Control” sounds beefier and tighter overall, so that’s a second plus. Overall, “No Control” is a definite upgrade compared to “By The Rules” and I can warmly recommend this new release if you’ve already enjoyed Jo Below’s earlier material or if you’re just looking for some competent hard rock with modern vibes.

At first I thought “No Control’s” artwork featured a lightened-up cigarette lighter but on closer inspection I saw that it’s not a lighter but a Ctrl keyboard button that’s gradually melting away by the heat of the flame. It’s a simple yet effective cover that takes the concept of “No Control” in quite an original (not to mention literal) way. The songs on “No Control” all follow the concept of having no control over your life and the decisions you make. Tragic stuff and the band sells it very well.

I love the duality and melody of “Where Are You Now?” as well as the peaceful acoustics of the EP’s title track. For me, the weakest track on “No Control” is “I Confess,” a run-of-the-mill hard rock tune without anything that makes it stand out from the rest. Still a fun tune though.

7 flaming ctrl buttons out of 10. A more varied and better produced successor compared to their debut EP, Jo Below’s second EP shows a clear, matured and positive evolution in the band’s modern hard rock style and I’m very curious to see how they’ll continue in a next (and hopefully full-length) release. Here’s “Where Are You Now?”