The nausea, the nausea. 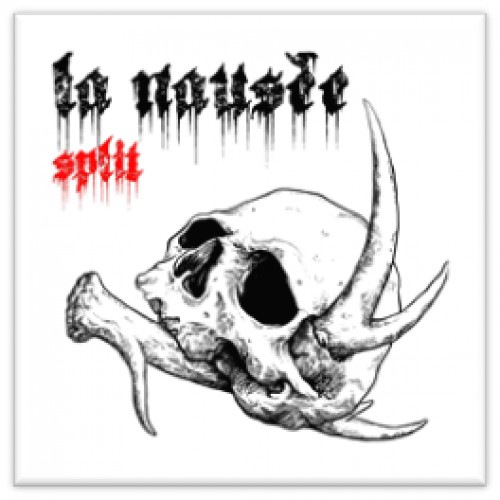 I’ve got introduced to this new Benelux metal band exactly the same way as I’ve got introduced to so many other great Benelux bands in the past, present and (most likely) future, via my Dutch friend Mike from Hard Life Promotion! And once again he offered an awesome single for me to shred through!

“Split” is the debut single from newly formed Ghent-based sludge metal act La Nausée, founded by Jelle De Bock, who I also know as the bassist of the prog sludge metal act Left-Eye Perspective (who I saw perform in January 2020 in JH Asgaard, one of the final gigs I attended before COVID-19 struck). The single is released independently and sent to us by Hard Life Promotion and will be part of an upcoming EP which will be released in Spring 2021.

One thing I instantly noticed when listening to “Split” is the extreme rawness of all aspects of La Nausée’s sound. After a quick drum & guitar buildup, the song rips straight through your eardrums with intensely roaring riffs and slow, gravely vocals that whisper in the background. Jelle’s voice really sounds like he’s sick from alcohol, drugs and loneliness and now, at the brink of vomiting it all out, grabs the mic and spits it all out, all the while grinding out equally stomach churning beats. The song does end a bit abruptly however, but still, this first single from La Nausée was quite hard yet pleasant to swallow.

I’m not a big sludge metal listener, but the sound of La Nausée does remind me of Growing Horns, a Belgian doom metal band which I love (check out my review of their excellent 2019 EP “The Nobility of Pain” https://www.belgianmetalshredder.be/reviews/186). Like Growing Horns, La Nausée’s sound is slow and thunderous and the vocals aren’t very prominent in terms of audio mix, but you can still feel them touch you in chilling yet hypnotizing ways. Other bands La Nausée gets influenced by are Deftones, Black Tusk and our very own countrymen called STAKE.

“Split” artwork features a human skull with a big sharp antler piercing through its jaw. Like the single itself, it’s a simple yet effective and quite attention-grabbing image. With nothing but black, white and red as its colors. The lyrics of “Split” are pretty ambiguous, but I believe it’s about an earthquake, given the single’s title and such lines like “Space made to breathe, rubble and ash.” Quite intriguing stuff, overall, and I’m hungry for more.

8 skull-piercing antlers out of 10. A quick and lethal sludge ripper that grinds its way through your brain and rumbles in there for a solid 3 minutes. Nothing more and certainly nothing less! Enjoy the single!