When an old man cries. 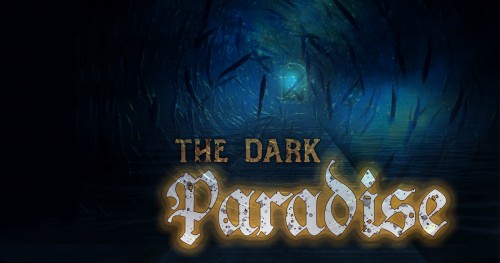 I’ve been in touch with October Changes (mainly bassist Sven and vocalist Wendy) for about a year and half now. During that time, I played some of their singles on BMS ON AIR and I also reviewed their preceding single, “The Puppet Factory” a few months ago (read it here: http://belgianmetalshredder.be/reviews/241) as well having an enjoyable interview with vocalist Wendy (read it here: http://belgianmetalshredder.be/interviews/147). And now the band has released yet another single called “The Dark Paradise.” Let’s make this one quick, good shred!

“The Dark Paradise” is the third single from the Belgian gothic/industrial metal act October Changes, who formed in 2018. As was the case with their earlier singles, “Decay Of Sleeping Beauty” and “The Puppet Factory”,  this new single is released independently and sent to us by our longtime Dutch business partners called Hard Life Promotion.
Seemingly upbeat techno melodies usher in this new October Changes single but they eventually get replaced by heavy metal instrumentation while the aforementioned electronic tunes softly jam on in the background. It’s a very straightforward track without any significant tempo or tone changes. Compared to the band’s earlier single, the excellent “Puppet Factory,” “The Dark Paradise” is more guitar-driven and thus feels more like a classic metal song but with a similar dark gothic feel. Wendy’s voice is as soft-spoken as always but, in typical October Changes’ fashion, the lyrics she sings tell a much darker story compared to the joyful beats and vocals.
Thus far, October Changes’ singles have always been very varied, as “Decay Of Sleeping Beauty” was an intimate ballad and “The Puppet Factory” was a dark industrial tune and now “The Dark Paradise” focuses on full-on heavy metal. But one great consistent element of October Changes is the twofaced nature of their songs and this is certainly the case with “The Dark Paradise” as well. The song sounds powerful and happy on the surface but if you pay attention to the song’s underlying theme you’ll notice that another tragic story is been told here. That being said, however, I do still prefer the more orchestral style of songs like “The Puppet Factory” instead of a track like this one. In any case “The Dark Paradise” is a very enjoyable track with plenty of creative and productive power on its own. The tragic story behind “The Dark Paradise” is the psychological effects of a toxic romantic relationship between an honest, well-meaning man and a manipulative woman. A relationship built on lies, false expectations and other forms of mental abuse and which eventually results in the husband, now an old man, to stare in the distance and cry as he has finally come to the realization that his entire marriage was nothing but an illusion that now gets brutally shattered.
The band uses the sea, a beach and a young woman walking through the sand to provide a visual metaphor for “The Dark Paradise.” I believe this scene is a reference to the Sirens, evil creatures from Greek mythology who used their gorgeous looks, enticing music and seductive singing to seduce unfortunate sailors towards them and then have their ships wrecked against the rocks where the Sirens sit on.

7,5 Siren calls out of 10. While not my favorite of October Changes’s currently released singles, “The Dark Paradise” is still a very solid gothic metal tune with an industrial undertone and a tragic theme that I can warmly recommend to everyone who digs gothic, symphonic or industrial metal. Here’s the single!