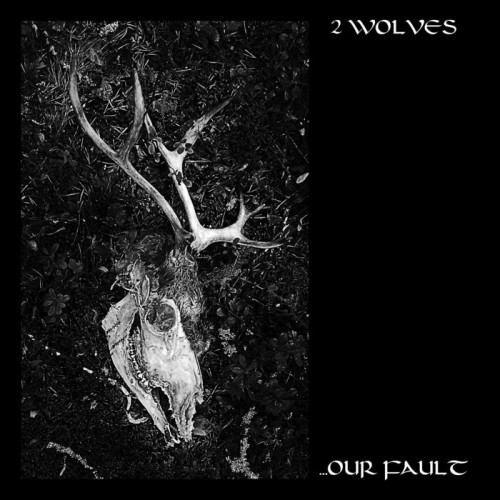 Review written by Glenn “Terra Shredder” Van Bockstaele.
2 Wolves is a Finnish death/gothic doom metal band founded in 2011 and in that same year they released their debut album “Gentleman Please” and followed it up with “Men of Honour” in 2012 and “Shelter” in 2014. After suffering from some troublesome lineup changes this Finnish quintet have returned with this fourth album, “…Our Fault,” once again released through Finnish record label Inverse Records. Let’s see what faults we can shred in here!
I can best describe 2 Wolves’ sound as a smooth and groovy mix between doom and death metal similar to acts like Insomnium and Wolfheart, seasoned with gothic influences and even touches of black metal. In other words, there’s a lot going on in “…Our Fault.” For instance, the album kicks off with the energetic “Unwritten Names” and then continues into the darker and heavier “Strange Patterns,” which features more death and black metal styled vocals and riffs as well as operatic piano tunes. Then there’s the gothic doom metal epic “Of Storm and Stars” with tragic clean vocals and raging shrieks and the piano adding an orchestral undertone.
A moody intermezzo leads to the album’s single, “Dreaming Beneath.” Another doom song with death, gothic and black metal sprinkled throughout. A stand-out track on the album is the song “Departures and Arrivals,” whose soft acoustic opening crafts a relaxing atmosphere until the distorted guitars take over. Not in a sudden way, but in a rather logic transition. The remainder of the song continues in an Amon Amarth fashion, complete with growling vocals, but with an overall darker atmosphere. After another moody acoustic interlude the powerful “Tuhat Kertaa” kicks in. The only song on the album with Finnish lyrics and particularly in this song Likka’s baritone voice is used to great effect. The album eventually ends with “The Fault Is Ours,” which serves as one final great summary of everything 2 Wolves have brought to the table earlier.
2 Wolves may consider it their fault that their fans had to wait 5 years for new material, but all is forgiven, this album was well worth the wait! A beautiful blender of death, black, doom and gothic metal riffs, vocals and instrumentation soaked into a dark, intimate atmosphere. Well-recommended to fans of each of those aforementioned subgenres and to pretty much everyone else! Here’s the lyric video for “Dreaming Beneath!”
85/100