Show must go on! 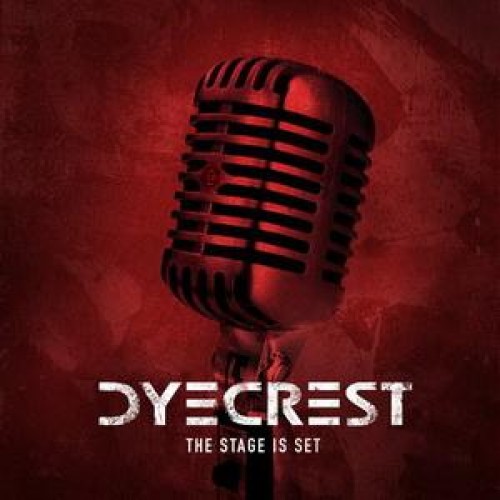 Review written by Glenn “Terra Shredder” Van Bockstaele.
Dyecrest is a Finnish heavy/power metal band originally formed in 1993 as Fairytale, in 2001 they changed their name to Dyecast and finally in 2003 they renamed themselves to Dyecrest. As Dyecrest they released 3 albums between 2004 and 2018 (including a 13-year gap between albums “This Is My World” and “Are You Not Entertained?”). But now they’re back with a new EP called “The Stage Is Set,” featuring reworked material from their 2018 release “Are You Not Entertained” as well as new stuff. This EP is released through Finnish record label Inverse Records.
The EP takes off with the title track, “The Stage Is Set” which is a nice power metal tune with the angelic vocals of singer Mikael taking center stage joined by soaring guitar riffs, powerful drum beats and some piano near the end. A very motivational song. Next up is a brand new track called “Truce,” a faster and heavier song with catchy vocals and a real combative feel, similar to Hammerfall. Overall, this tune is the EP’s highlight. Next up is an acoustic version of the song “Winterblood,” from the “Are You Not Entertained?” album. It’s an intimate and relaxing tune once again beautifully narrated by the emotionally fueled vocals along the guitars, violins and pianos. But I would’ve much rather have this particular track at the end of the EP. It’s shoehorned between the heavy tracks and it breaks the flow this EP has been building up so nicely up till this point.
Then comes “First Born Angel,” another great metal track from the previous album, but this time sung by former Dyecrest vocalist Janne Oksanen (who appeared on the band’s 2004 release “The Way Of Pain”), compared to Mikael he has a slightly lower pitched voice but it still suits very well among this song’s energetic tunes. And finally there’s “Where The Light Was Born,” also featured on “Are You Not Entertained?” but this time with Kimmo Blom on vocals (with whom Dyecrest released “This Is My World” in 2005). Kimmo has a little harsher voice and it fits perfectly for this heavier and more orchestral song.
If you dig classic heavy metal or power metal and haven’t heard of Dyecrest before than this EP serves as a perfect introduction. It features 5 epic tunes sung by 3 different vocalists all from Dyecrest's lineage and the band’s style reminds me a lot of Nocturnal Rites. Like that aforementioned Swedish band, Dyecrest goes for a very uplifting power metal sound that doesn’t feel overcompensating or bombastic. It comes from the heart and speaks to the heart! Nothing more, but certainly nothing less! Here’s the lyric video for the title track!
80/100