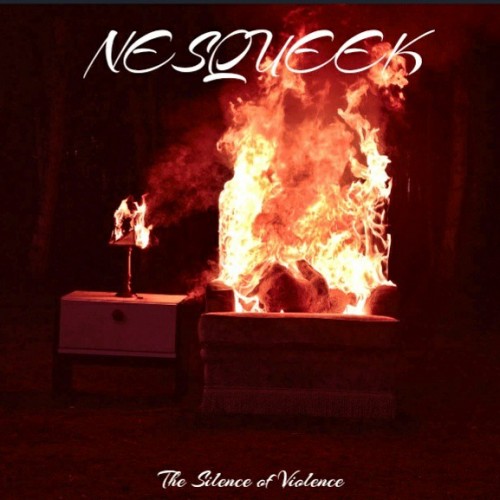 Review written by Glenn Van Bockstaele.
Nesqueek is a Belgian hardcore/metalcore band formed in 2017. That same year they released their debut EP “The Silence Of Violence” and now they’re bringing out a physical and extended edition including 2 new tracks and slightly higher production values.
The EP kicks off with “Equals,” a short and energetic hardcore track with a nice anarchic feel. Up next is “Oakheart,” a song featuring a thunderous main riff, a significantly more melodic chorus and a couple of groovy breakdowns. The EP’s third track is “Reunite,” starting with a sweet drum solo before the band goes all hardcore again with the typically distorted guitars and headbang inducing beats, the usual stuff. Up next is “Rope,” the first of the two new tracks for this re-release. After a gentle buildup, the band rages on the hardcore path again, this time backed up by their Spanish friends called Brothers Till We Die (who will be playing alongside Nesqueek during the latter’s EP release party on Friday February 15th in Mol) and wrapping it all up with one badass breakdown! And finally, the EP’s second new track comes in which is “74.” A slower song that best shows Nesqueek’s ability to play a melodic hardcore sound. A sound I really hope they can further build and improve upon in the future.
One thing that I’d certainly like to see improved in future releases are Lander’s vocals. He tries to sound angrily but he rather sounds nervous and all out of breath. This is most noticeable when he yells out the chorus of the “Oakheart” track. Personally, I believe he’ll be better off if he were to sing more naturally as well as putting more variety and texture in his voice. Fortunately, the two new tracks shows some improvement in his vocal chords. That being said, Nesqueek play their stuff with a solid sense of rhythm and melody and therefore I feel that this very young band has the potential to become a competent Belgian hardcore band. And that’s why I’m giving them the generous score below and offering you the music video for “Reunite.”
70/100