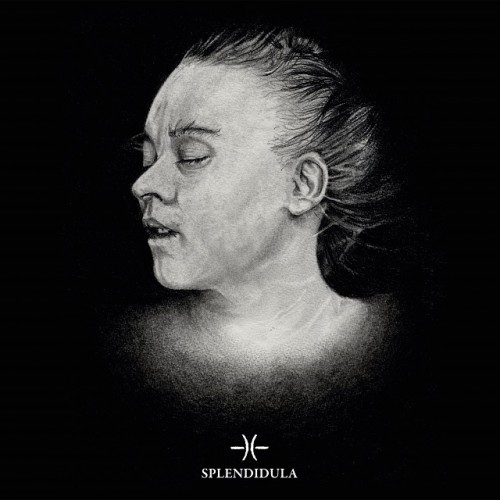 I first encountered Splendidula in late 2017 during the inaugural edition of Doomsday, a doom metal dedicated event organized by my friends from Loose License. I had a great night there and I shredded Splendidula (check it out here: http://belgianmetalshredder.be/interviews/92). Flash-forward a year later and as a Christmas gift, Splendidula gave me a promotional copy of their second album. Thanks a lot, fellas! You know what’s coming next!

Post Mortem is the second full-length release from the Belgian post sludge and doom metal act Splendidula. It’s released through Finnish record label Inverse Records and succeeds their independently released eponymous debut album from 2013. If you’ve listened to and enjoyed their first release then I can already tell you that these guys and girl from Genk have significantly refined their style in those past five years. The band combines elements from post, sludge, doom and psychedelic metal, narrated by the angelic vocals from Kristien. Compared to their first release, Splendidula have added a lot more speed and finesse as well as much higher production values.
The result is a significantly more powerful sound, songs that feel more unique to one another and both male and female vocals. Kristien herself sounds more natural and she frequently gets backed up by post-metal inspired shrieks from Pieter. Personally I would’ve liked a bit more singing from Pieter since he’s great at providing contrast to Kristien’s vocal style. But she does a tremendous job herself. Most of the time, she sings in a calm, collective and slightly tragic voice yet it strangely fits in both during the gentle and the heavy parts on the album. The guitar riffs as a whole are very bass oriented (played alongside hard pounding drums) and some of the album’s melodies remind me of classic Black Sabbath as well as Mastodon.
Despite the almost completely different lineup (with Kristien and David being the only two remaining members left from the 2013 release) it’s surprising to see how positively Splendidula have evolved. Like any competent band out there, Splendidula looked at their previous material and expanded and amplified it. If you enjoyed the band’s first album, then getting their new release should be a no-brainer!

Death is the major theme of Post Mortem. In certain songs, such as “Insanity,” death is put in a dark and dreary light. In other tracks, such as the ending tune “Mortem,” death is presented as a form of release. An escape from an existence of seemingly endless physical and mental suffering. The front cover depicts the hand-painted black and white face of a dead woman, lying with her head gently sideways as if she’s sleeping. It’s a display of death in all its horrific beauty.

My top pick goes to the album’s second track, “Nami.” After the meditative opening tune “Post,” the band kicks into high gear with a fast and thunderous barrage of riffs. It’s one of the heaviest songs on the release and instantly shows the improvements Splendidula have made to their sound. Another favorite of mine is the sixth track, “Aturiento,” for beautifully showing off Splendidula’s meditative side. Alongside gentle bass lines and soft drum beats Kristien en Pieter sing together in French (never knew that French could sound so psychedelic, ça alors!) as the song gradually becomes heavier and their singing becomes more intense before putting it all down in one badass climax.
So what about the weakest track? I’ve got some mixed feelings about the opening track, “Post.” It is a short, atmospheric tune but since the next track, “Nami” is already such a great song that I don’t feel this introduction is all that necessary for the album to kick off.

8 death masks out of 10. In Fall 2017 I saw Splendidula do multiple impressive and highly atmospheric shows and I’m very pleased to hear how the band successfully converted their strengths live on stage to studio format (something that the first album didn’t pull off very well). Splendidula take the typical doom and sludge metal formulas and add a ton of pepper to it. It feels fresh yet familiar and it’s all put together with a sense of balance and full of energy. Well recommended to everyone looking for a good chunk of thinking man’s metal similar to acts like Mastodon or Tool. Here’s the music video for the album’s third track, “Too Close To Me.”