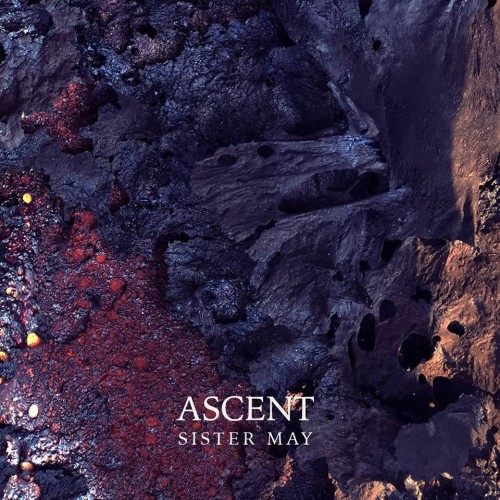 Review written by Glenn Van Bockstaele.
Sister May is a Belgian rock band from Roeselare and formed in 2016. Last year they released their well-received debut EP “My Absolute Defiler” and now they’re bringing out a second one called “Ascent.” Like its predecessor, “Ascent” is an independent release and this little gem was sent to us by Hardlife Promotion. Thanks a lot, guys!
The EP kicks off with its title track and you’ll immediately feel a sense of dark melancholy that you can easily associate with the 1990s grunge rock era spearheaded by such bands as Nirvana, Pearl Jam and Alice In Chains. The next track, “Deception,” starts with a slow build up of gentle guitars and vocals until Bert screams out, the drum and bass kick in and the guitar riffs get more intense. Then everything cools down a little until one final sonic explosion. Classic grunge stuff! The EP’s third track, “Diamond Dreams,” is a long and intimate melody that’s an excellent choice of song to sit back and let the moody tunes and vocals sink into your head. The song has a dreamy quality to it and reminds me of the Alice In Chains classic “Would?” It’s beautiful! And finally the “Ascent” EP ends with “Revolution,” a perfect summary of everything Sister May brought to the table during the entire EP and wrapping up with a sweet guitar solo!
Overall, Sister May provides a throwback to grunge’s heyday but injected with progressive rock and some dark ambient samples. Bert’s vocals in particular deserve much praise. His voice is compelling and filled with restrained anger and occasional eruptions of pure rage! Sister May is the kind of music that allows you to lay back and relax but also is very fitting if you want to rage out against the machine! Well-recommended to any rock and grunge fan out there!
83/100
Sister May is having a release party at the Verlichte Geest in their hometown of Roeselare this Halloween (October 31st) so if you prefer grunge rock rather than grunge zombies then I suggest you head over there and check them out! Here’s the EP’s teaser trailer!