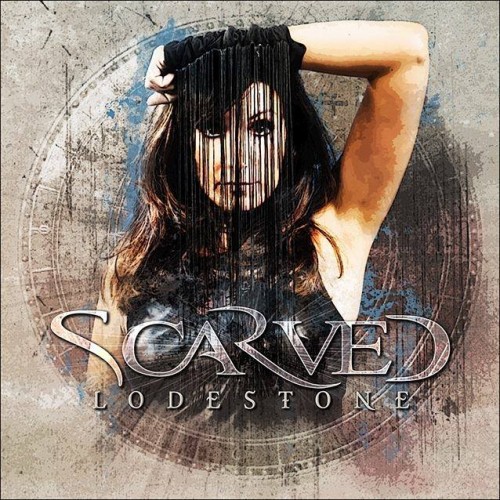 As is the case with several albums I had shredded in the past, I received Scarved’s Lodestone from Hardlife Promotion. Once again many thanks to Mike De Coene and his crew for giving me another awesome piece of great music to discuss here! That will do for an introduction, I believe!

Lodestone is the second album by female-fronted hard rock band Scarved, succeeding their 2014 debut release Dynamite and is released by Sleazy Rider Records. It’s an hour long ride of old-school rock n’ roll that feels like AC/DC, Led Zeppelin and Black Sabbath but with commanding female vocals. It gives the entire album a sweet female touch but not of the operatic kind as you hear in countless other female fronted metal bands. No offence to those acts of course, I dig symphonic metal a lot! No, vocalist Caro sounds like a badass rock chick, flowing with rock n’ roll energy (and probably alcohol as well). The same can be said about the other band members, the album is fast-paced, head-bang inducing and often complemented by a epic technical guitar solo, just like classic hard rock should be.

Various typically hard rock themes for this one. Sex and seduction, war tragedies, the pressures from society to become a corporate drone, and the quest for freedom through the power of rock! However, a song with an unusual topic is Heavy Foot Hero, which is about elephant hunting, sung from the perspective of one such magnificent beasts who’s being hunted down for his tusks. The song’s fast and heavy drum beat beautifully reflects the sound of the animal running for his life. I wish more bands would write protest songs against hunting such majestic beasts like lions, tigers and elephants.

The front cover shows Scarved’s frontwoman Caro holding her gloved hand above her head and the treads on the glove form a sort of veil in front of her seducing eyes. Scarved’s other members are featured on a compass like emblem. The entire artwork has the color and writing style of an ancient parchment.  Personally, I think the band is poking fun at the cliché that all female fronted metal bands are symphonic with the compasses, drawings and parchment colors. However, as you know by now, this band has more to do with Heart (yeah, Barracuda!) than with Epica!

I particularly love the track Sweet Surrender. A kinky hard rock song about a woman seducing random men in a local club and then flaking on them as soon as they try making a move on her. You can feel the sexual tension flowing through the song with the sleazy riffs and the seductive vocals. Fuck, my boner’s coming up… next track! Toxic Rat Race is another favorite of mine. The song’s main melody is slow and threatening, similar sounding to the Black Sabbath classic Electric Funeral and also has an epic instrumental part with a galloping beat that could’ve come straight from Iron Maiden!

Garden Of Eden was an awkward track. It felt like the band was trying their hand at a more symphonic tune but the result doesn’t fit the band’s playing style. The guitar riffs are too heavy and the vocals aren’t very operatic. Guess they shouldn’t have eaten the forbidden fruit.

8,5 biker chicks out of 10! An excellent piece of rock n’ roll that feels straight from the 1970s! Warmly recommended to veteran rockers and young headbangers alike. Now come and learn some naughty reflexes!