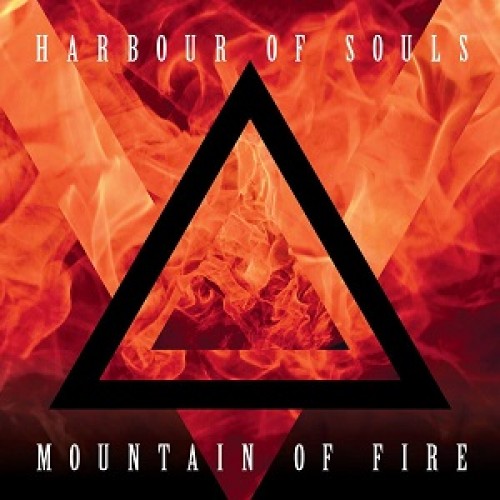 As with my review of Orange Outlaw’s Desert Wolf, this is an independent release of some fine Dutch heavy metal goodness that I obtained from Hard Life Promotion. Well, not much else to say here, so it’s time to get to the bottom of things.

Harbour of Souls’ debut EP Mountain of Fire features four tracks for about twenty minutes of playtime. As with every other self-respecting EP, quality prevails over quantity. All four tracks feature catchy guitar riffs and headbang inducing drums. I’d say that the band’s style is similar to classic 1970s Black Sabbath and Judas Priest since they also put high emphasis on the epic sound of their guitars.

The bass and vocal parts are both nicely done as well, but I believe that Martin is more than capable of unleashing some banshee screaming vocals. He unfortunately doesn’t attempt to venture into Rob Halford territory, I hope he does so for the next CD.

The EP’s title track is about the narrator climbing the titular mountain and successfully using its power to become a god among men.

The other three tracks on the album are less fantasy inspired. The second track, In for the Night, is about love and how demanding it can be both physically and mentally. The third track, Set the Children Free (more on that later) is about social revolution and finally Safe deals with a father guarding his son from the dangers of this world.

Since we’re talking about an EP, there’s little artwork to speak of. The cover of Mountain of Fire has a simple black triangle surrounded by fire. I myself would’ve preferred something in the style of the Eye of Sauron tower from the Lord of the Rings. Fine, that building isn’t a mountain but it’s huge, looks badass and has all the fire a pyromaniac could wish for.

The EP’s third track, Set the Children free, gets the win. The song’s main riff and overall structure feel reminiscent to Black Sabbath’s Children of the Grave. The same bull ramming style of guitar riffs, the fast bass and drums combined with the eerie, Dutch accent flavored vocals. Yeah, no more proof needed. A rock solid track that will bring metalheads of a certain day and age some serious nostalgic goose bumps.

The runner-up goes to the preceding song, In for the Night. Simply because it has such an awesome guitar solo in the middle of the track. It’s a very technical one and since we’re already talking about old-school sixties and seventies rock n’ roll, I’d say that that particular solo makes me think about Jimi Hendrix.

7,5 fiery Eyes of Sauron out of 10. Harbour of Souls made a great opening statement with this Mountain of Fire EP and it’s certainly worth checking out for every headbanger out there. Now I just have to keep an eye on the band’s Facebook page and see when they’ll be coming around to my place.