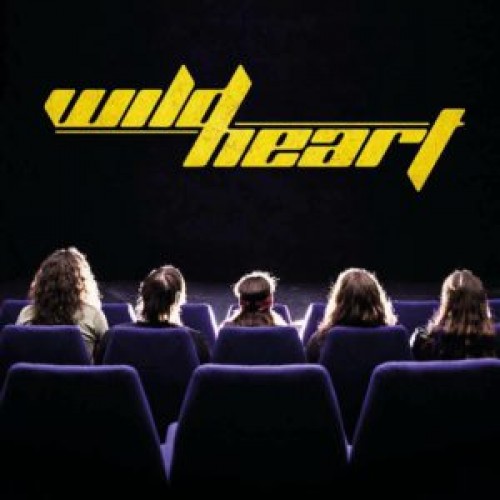 Early 2015 was my first meet and greet with the spandex-tearing, bandana-wearing, beer-swelling, women-pleasing folks of WildHeart, having seen them live in Geraardsbergen after I’ve got invited to go there on Facebook. In preparation for the gig, I listened to a couple of demos the band had released on YouTube and I instantly felt that I was heading for a good time! And yes, I saw WildHeart perform live and I had a great time. I met the WildHeart folks a couple more times in 2015 and I couldn’t wait for some officially recorded material. And finally, that time is upon us…

Although most debuting bands start off with a demo recording or an EP, WildHeart immediately decided to go full-throttle and so they’ve released a fully loaded album. Ok, it shouldn’t come as a big surprise, since most of WildHeart’s lineup have already played in well-established Belgian metal bands before such as Warckon, the Rosevalley Rebels and the cover band IC/TC, so they already know quite a bit about the art of shredding! And the guys from WildHeart love popular old-school hard rock, taking inspirations from bands like Mötley Crüe, Twisted Sister and Guns N’ Roses. Technical guitar solos and hard-pounding riffs from Foxx and Juice are carefully balanced by Farty’s clean, catchy vocals. He shows some great singing flexibility, sometimes singing in a natural voice and other times going a few tones higher, but I wish he had tried his hand at some proper Rob Halford style banshee screaming. Maybe something to try out in a future songs, right folks? WildHeart’s glam rock style remains consistent throughout the album with most songs packing enough power to bang your head, sing along to the lyrics or (most likely) both. The only exceptions are the moody power ballad Beautiful Regret (more on that in the PARK OF THEMES chapter) and the instrumental First Glance. The latter track is a bit too short for my tastes, after all, I love it when a band includes a track that tells its story through just the instruments. Overall, WildHeart is a fun fifty minute long throwback to 1980s pop rock music complete with aviator sunglasses, tightly fit jeans and leather jackets.

Remaining consistent with the joyful tunes of the album are equally joyful themes. It’s all about going out and living your life to the fullest! Spending your time with friends, booze and sex (in no particular order) and running away from the police when they think you’re enjoying yourself a bit too much! They’re is, however, one song that’s quite melancholic and that’s the power ballad Beautiful Regret. The song is about a broken-up relationship and with the slow, dreary guitars playing in the background, it’s a huge turnaround in atmosphere compared to the other songs on the WildHeart album.

As a front cover we’ve got team WildHeart sitting in a theatre watching their very own self-titled and self-directed movie! Honestly, I was expecting something more extravagant (like the guys drinking booze while being surrounded by horny girls), but then again, it’s not a bad choice for a cover art either… It shows that WildHeart aren’t going for extreme theatrics or shock value neither with the cover art nor with the onstage performances. Speaking from personal experience, I can tell you that they take their work very seriously and that they know that well-written music is what sells a band and not overly wild shows with exotic animals or topless women (not that I would complain, of course).

It was one of the first songs I’ve heard from WildHeart and its catchy, motivational lyrics have remained stuck in my head ever since. I’m of course talking about the album’s third track, Never Let Go! I also had a lot of fun listening to the song Lovehunter for that same reason. A chorus that you can instantly sing along to and some hard-hitting riffs. Does it need to have anything more?

8,5 WildHeart cinema tickets out of 10! I had high hopes for WildHeart’s first release and the album certainly lived up to my expectations! Although I personally prefer my music a bit more extreme (Fuckin’ SLAYER!!) I did had a lot of fun listening to WildHeart and writing this review. And so will you! It’s 80s hard rock at its finest and easily enjoyable by any kind of hard rock or metal fan out there!

Here’s a demo version of Get Up (Fight Back), the sixth track on the album!