My soul cries out for better days! 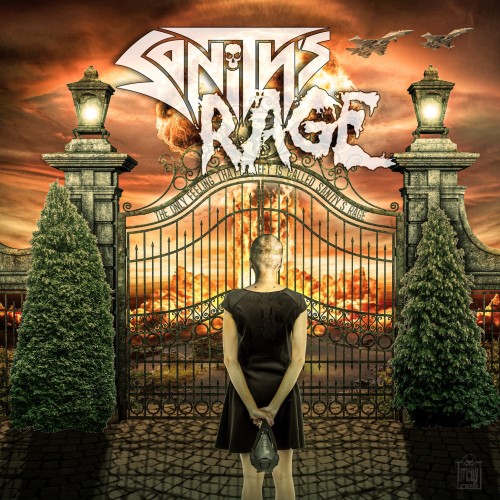 I first met Sanity’s Rage last May during the release party of “News Feed,” the excellent new album from the awesome progressive thrashers Primal Creation. It was a great night overall and my first encounter with Sanity’s Rage turned out to be very pleasant (read my review of that event: https://www.belgianmetalshredder.be/festival_article/90).
That gig was also one of Sanity’s Rage first shows since the original lineup’s reunion. For a little bit of history, Sanity’s Rage was founded in 2002 and quickly established a solid cult following in their home country, especially after the release of their well-received 2006 debut EP “Rage of One.”
Although the band followed that up with a full-length called “You Are What You Swallow” in 2012 the cracks within Sanity’s Rage were already very apparent. Eventually they disbanded until recently when frontman Kenny managed to bring back his old comrades from the beloved “Rage Of One” era . Not only was the reunion successful, but they also regained their mojos to bring out a new single. An eponymous one. Let’s shred it!

“Sanity’s Rage” is the eponymous single by the Belgian thrash metal act Sanity’s Rage. The single is independently released and is the first brand new Sanity’s Rage tune since 2012. The song begins with a catchy and melodic guitar opening that quickly gets joined by galloping drums before the band kicks the speed up a notch and then the snarly but clean vocals come in.
And so the song smoothly ventures on during its 7-minute runtime (the band’s longest song to date). People who know my music tastes know that long songs have a hard time keeping me entertained but Sanity’s Rage does manage to pull it off here. In typical fashion for this band, they frequently diversify between faster and slower parts, between vocal-driven and guitar-driven sections and also in terms of atmosphere. There are parts wherein the band goes for vicious thrash with snarly vocals but there are also some well-timed slowdowns wherein the music gets moody and almost ambient and where the vocals are full of sadness and despair.
If you’re familiar with Sanity’s Rage material (in particular the “Rage of One” stuff) then this new single should feel familiar. Once again Sanity’s Rage maintains their signature style of rhythmically pounding thrash metal, melodic riffs, versatile vocals and well-timed changes to the overall tempo and feel of their songs. One thing, however, that makes this new tune really stand out from the older material is the production quality! In this eponymous EP Sanity’s Rage sounds much beefier and more balanced than before. In terms of songwriting I already found Sanity’s Rage to be a well-made band but with this improved mixing quality the whole thing gets to a higher level. 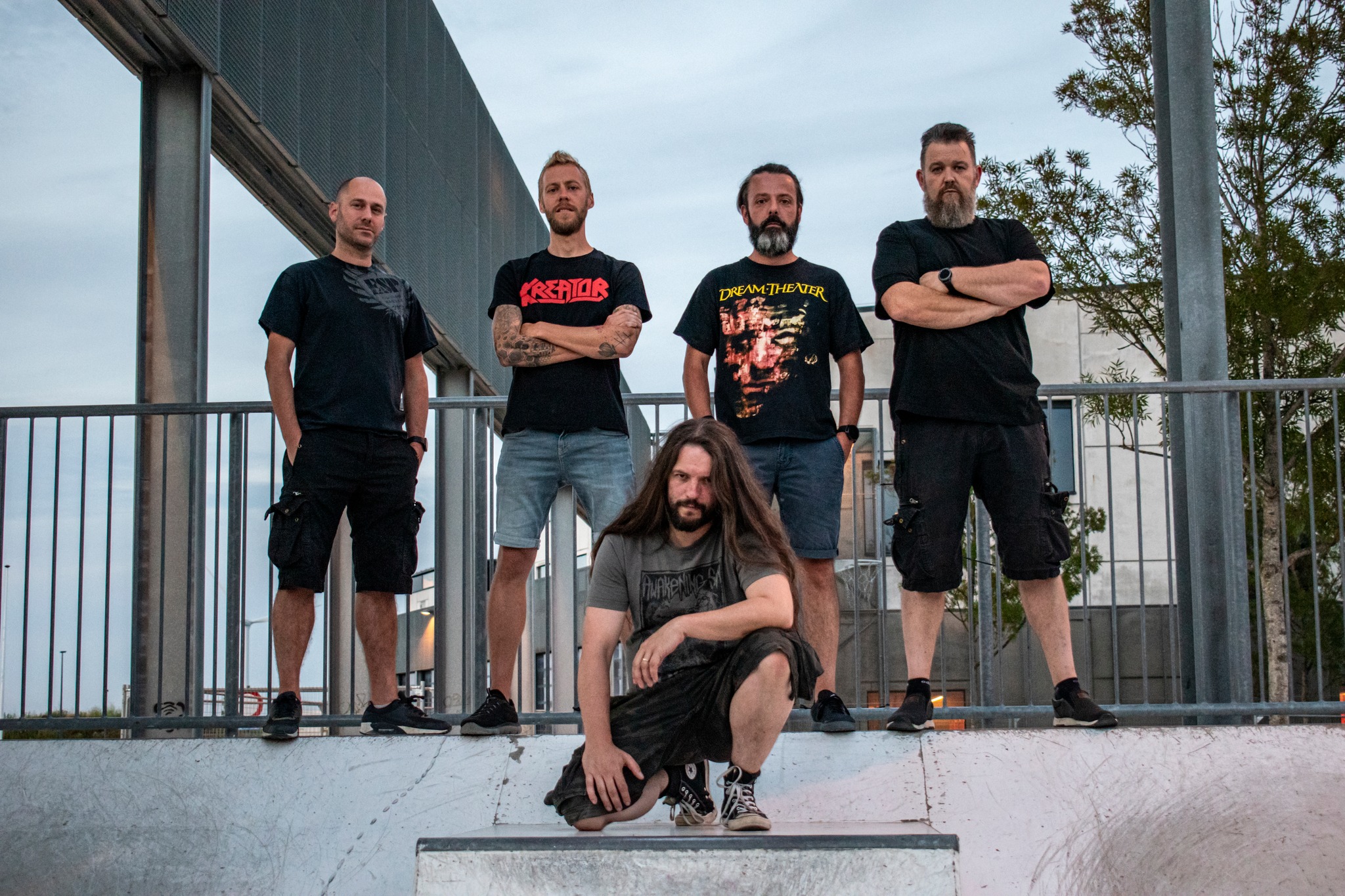 The cover art of Sanity’s Rage’s newest single features a black-clad, short-haired woman looking at the gates of the Sanity’s Rage asylum while a nuke goes off on the other side of the gate. For me, the cover art represents the world as it is today, brutal, merciless and leading itself towards its final, total destruction. But it also represents something else to me, maybe the destruction behind the asylum’s gates represents the inefficiency and overall destructiveness of locking people with mental illnesses up in mental asylums or prisons where they would end up rotting away, devoured by their own personal demons or worse, falling victim to abuse by the people working or living there.
As is usual with Sanity’s Rage, their new song deals with dark psychological topics like depression, anxiety, hopelessness and nihilism. Thematically speaking there’s nothing new here but to be honest, that’s of little importance.

8 Arkham gates out of 10. Not only has Sanity’s Rage regained their mojo on stage and behind the scenes but on record as well. Their new, self-titled single thrashes, rips and tears and shows the band revitalized with a tune that hearkens back to the “Rage Of One” years. If you enjoy thrash with variety and soul then check this band out.