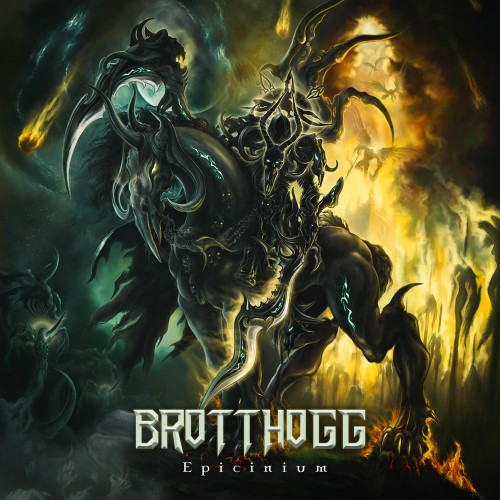 Review written by Glenn Schrijvers.
Brotthog hails from Trondheim, Norway and play thrash/ blackened melodic death metal with a progressive twist. ‘Epicinium’ is their third album release. It all began with the self-released EP ‘The Last Traveler’ in 2017 followed up by the album ‘Echoes Of The Past’ in 2019. ‘The Die Is Cast’ from 2020 and was their latest album release until this one. The band’s name sounds to me like the name for an enormous wild Boar but it if you translate it ‘Brotthogg’ means ‘the unpleasant one’.
First off what stands out is that 'Epicinium' artwork compared to that of their 2 previous albums, which I didn’t like that much. They looked like a rip-off from “Pirates of the Caribbean” made by Syfy. But the album art of ‘Epicinium’ is another story. The eye-catcher here is the dark ominous figure with a scythe and sword, on a dark unicorn with lion features. On the background you can see angels descending fully armed and probably pissed because of the spiked Angels Vlad-style. This says to me BLACK METAL. Brotthog is not an ordinary band. Why? Because it is composed of Jonas ‘Arcan’ Moen and Craig Furunes for the vocals and Anti Kristian Moen aka Celtus plays all the instruments, Poor guy!

‘When The Curtain Falls’ is the opening song of the 'Epicinium' album. My advice is to check out the official lyrics video featured at the end of this review. Grotesque images of fallen angels, smoke effects, black and white, epileptic light effects and the mood is set. The song starts with an upbuilding tempo. What follows are blast beats with melodic guitar and the vocals go a pitch faster followed up by a solo. That is for me the best part of the song. Next up is ‘Forvitring’. The intro sounds just like the first song and ends with a long solo. In my opinion this song doesn’t do it for me. I have listened to this track several times, but it just doesn’t do it for me.
‘Vengence’ is spot on with a raging fury of ghoulish vocals, blast beats, filthy riffs. It made me headbang from the start. Here you hear the perfect harmony of thrash and melodic death metal soaked in blackish goo. ‘Ravn’ reminds me of Dimmu Borgir and the lyrics are based upon the poem by Per Sivle (1896). This song has the best solo of the whole album in my opinion.
Next up is ‘Ved Skumringens ytterste rand’ if we translate it in English it means ‘At The Edge Of Twilight’. Watch the music video on YouTube but be warned viewer discretion is advised. Here you can see Celtus in action on the drums and guitar - what a beast. This song has it all. Blast beats, fast riffs, gorgeling vocals and progressive elements with thrash right behind the corner. ‘Epicinium’ immediately jumps in the action with a solo accompanied with blasting drums and Arcan bringing mayhem with his vocals. This song has a very catchy riff which can get stuck in your head.
Now the grand finale with ‘Possessed’ and I can say Brotthogg is going all out in this one. This is my favorite tune of the 'Epinicium' full-length. Fast paced with raging drums and diabolical vocals that really sounds as someone who's possessed by evil forces! 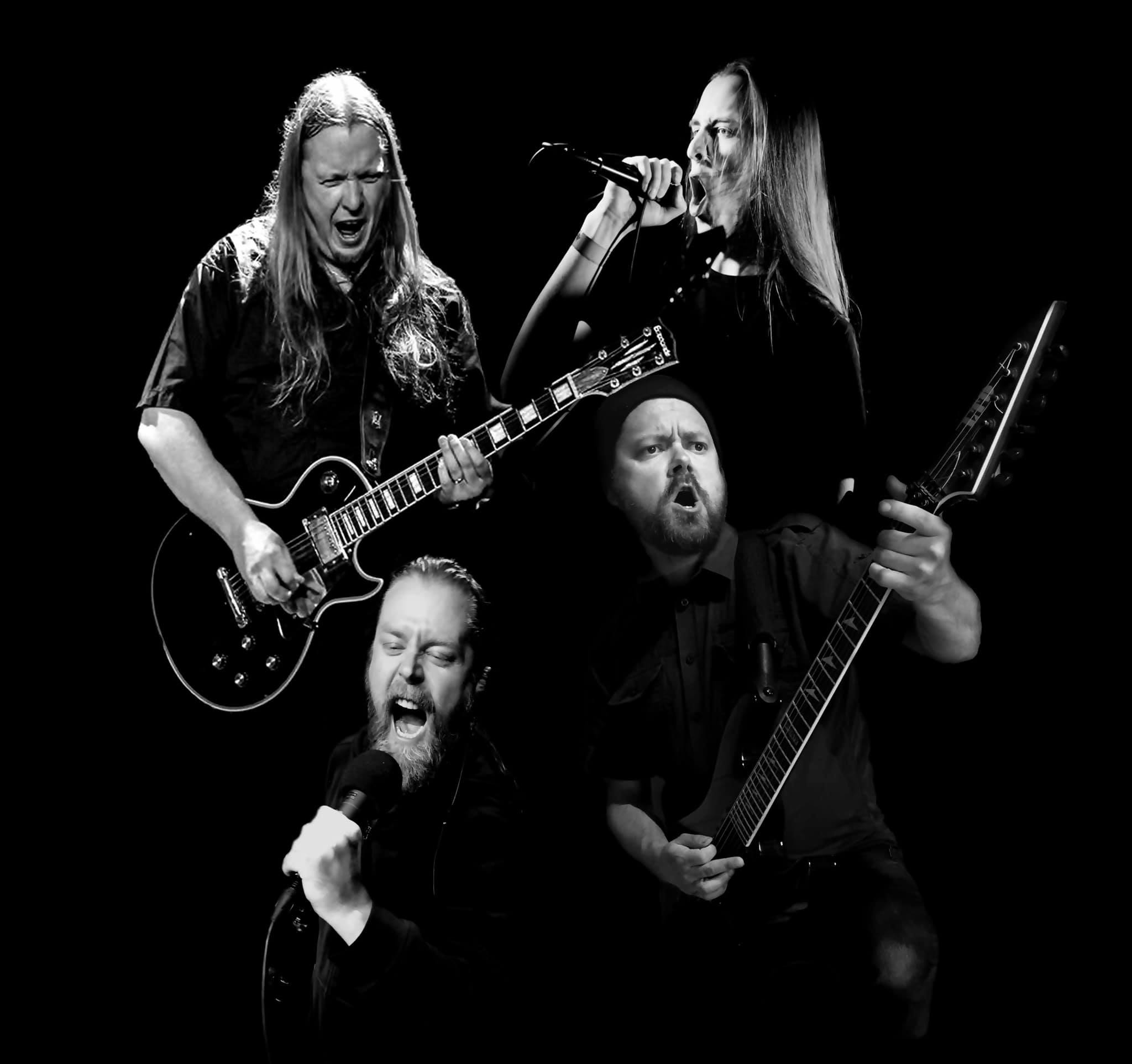 I have mixed feelings about this new Brotthogg 'Epinicium' album because the previous albums were in my opinion better. But ‘Possessed’, ‘Ravn’ and 'Ved Skumringens Ytterste Rand’ make this album a solid one. If you enjoy Dimmu Borgir, Megadeth, Revocation and Emperor you're going to like this album but I recommend for the first -time listeners to start off with their previous albums.