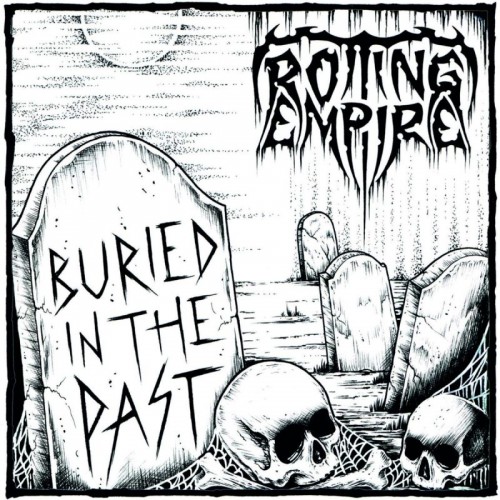 Review written by Glenn "Terra Shredder" Van Bockstaele.
Rotting Empire is a German death metal band active since 2000 but "Buried In The Past" is only their second full length. Don't know why It took so long but I hope I can be amazed. It was only 7 years after their formation that they released their first EP called "Images Of War" and then another 5 years for their debut album "Sui Generis" to arrive and now 10 years later their second album has arrived by the name of "Buried In The Past." Let's check it out and if it's good enough I can forgive their "laziness."
The journey starts with "So I" and it's a kick in the face with a furious blast beat and it doesn't slow down! Hey, it's death metal after all, it doesn't have to be slow and it sounds very damn good. The journey continuous with "Mirror Of Society" that has a slow dark doom feeling in the beginning but they do fasten their pace further through this song but it still has a very doomy untertone and there's a nice melodic riff buried within the song that strings everything together. I love it!
Next up is "No Regrets" which is a raging death metal song but with a melodic twist and with a nice, energetic feeling. Yeah, judging from these first tracks, it looks like Rotting Empire's new album was worth the wait. No time to waste! Next song coming up is "Years Without Sunlight," again there's that doomy feeling but with a title like that it was to be expected and they do a great job making this doom death metal style. That style continues when we get to "Depression." This song, however, doesn't sound like a depression, instead it's really heavy and it sounds amazing with some melodic elements and I've even heard some slight core elements. Who would've ever thought that core could function in a full-blown death metal album! Rotting Empire is a band  has plenty of surprises to offer.
Then we have the album's title track "Buried In The Past" that has a mysterious, ambient intro and slowly evolves into a true death metal track. "Last Chapter" is a faster track but near the end we have a guitar solo that lifts the whole thing to a higher level with again the core elements that are now more upfront. The following track, "Alive" is another doomy song and frankly, I was hoping for it because I particularly loved the album's previous doom/death tracks. The guys certainly know what they're doing to create such a meticolous mix. 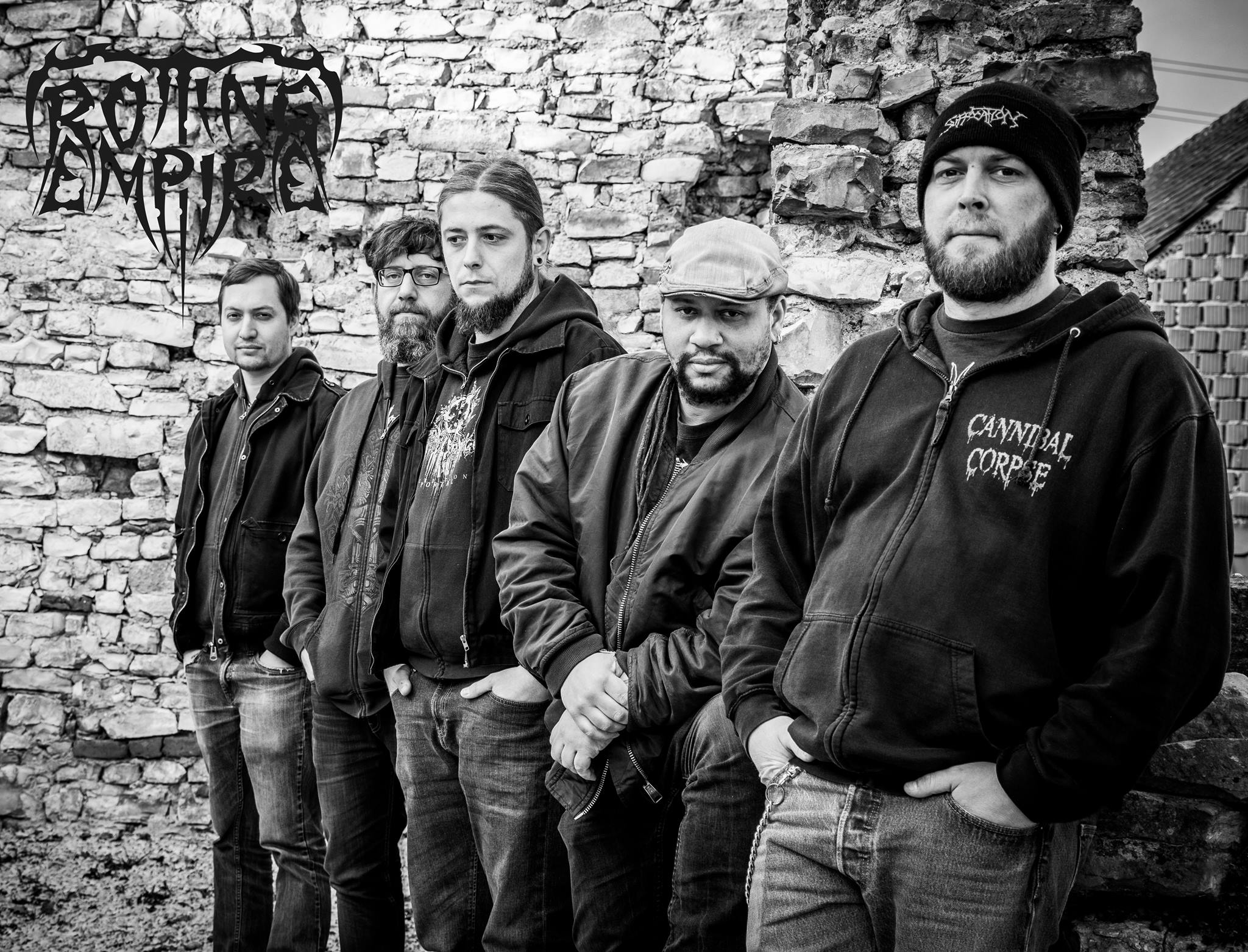 This "Buried In The Past" album still has 2 tracks remaining and with the penultimate "Kill To Survive" you can hear within the vicious riffs and frantic beats that Rotting Empire literally to kill to survive but they end with their magnum opus. The album ends with "Journey Into The Past," an instrumental song that's very different in terms of pacing and atmopshere and it's rather short track but it takes you away. You can slowly drift on to the sound of this one tune and it's the perfect ending to a great album.
Rotting Empire is a band that takes a very long time to create someting but if it sounds likes this "Buried In The Past" album then who am I to complain? Rotting Empire plays tightly knit, melodic death metal with a doom metal undertone and the result is a vivid yet dark album that I can certainly recommend to death metalheads looking for something fresh yet familiar. As for me, I want more from Rotting Empire but guys, please don't wait another 10 years to put out some new material.
8/10