Can the heavy metal/hard rock be good enough in 2022? 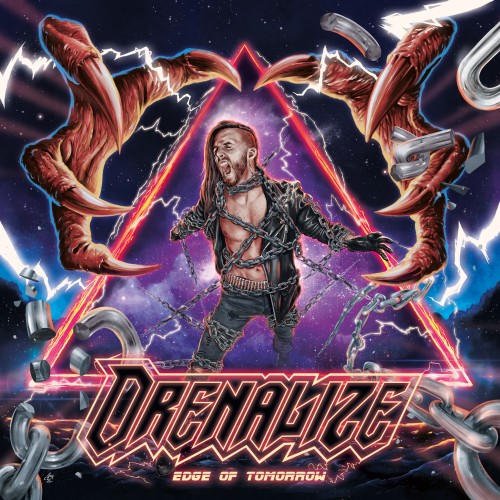 A French band for once, yes they do metal too, even if we rarely hear from them (except for acts like Sortilège and Gojira), here they come from the North East of France, not far from where I live in fact! I invite you to listen to this with all your attention, to remember the lyrics and to go to see them in concert when they're playing not far from your home, which is likely to happen in my case!
Drenalize plays hard rock/heavy metal with some small incursions into other styles here and there (I let you recognize, it's a fun little game) but in sum we stay in comforting marked out! The voice of Chris in the mid, high mid, high... the guitars which one taps heavily in chords in the mid/low ranges and the other one which has fun on the neck to make screaming sounds well shimmering and well bended (thank you the vibrato rod). It all really does the job! The use of an electronic drum kit on some parts is not uninteresting. But in summary it's a rather simple and classic assembly with a cow bell which returns often but it's enjoyable and helps in the style of the choruses to raise certain passages throughout the album. It's very well realized overall!
You've probably understood it by now, we're delving into a high quality revival of the styles made famous by such big names like Scorpions, Cindrella, Alice Cooper (in a lesser measure), WhiteSnake and so on. What to say? Well, the rest in track by track is just here below. 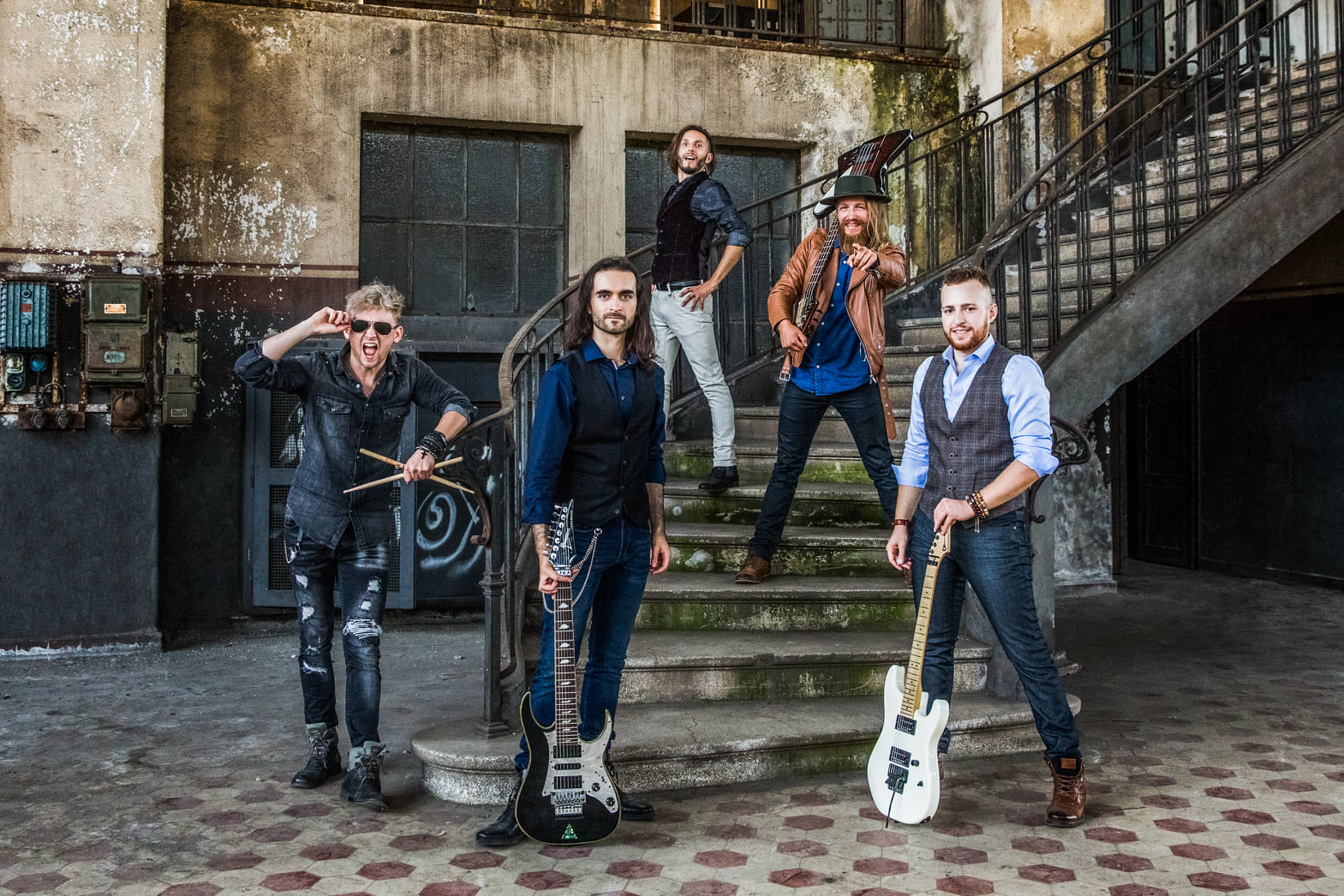 2049: The intro: it's short, simple, clear and precise. A guitar-fronted instrumental intro that builds up nicely towards the band's real entrance.
Strangers in the mirrors: The least I can say is that this title puts everyone straight on from the start. And this on all possible levels! The songwriting, the mixing (I'll talk about that later), the separation before and after the guitar solo which gives this song a big boost... no, frankly, I adore this track! I'd say it sounds and feels like a great Whitesnake tune.
No Miracle: RAS top... in the continuity of what I was expecting after that awesome track that come before this one.
Eternal Eclipse: a song that features a crazy synth & guitar intro, a typical and fun throwback to the great 1980s era of the heavy metal/hard rock. I also love how the bass gives this song a very solid foundation. As far as the guitars are concerned, the powerful riffs and the solo parts are just a demonstration of true know-how! Both in terms of melody and in speed of execution.
Thirty more Seconds: the energetic ballad which is close to Skid Row's "I remember you" or the spirit of Cindrella's "Don't know what you got (Till it's gone)." The acoustic guitar in the beginning that eventually transitions to electric guitar as the song builds up in intensity until the kiff of madness arrives which is typical of those big finales of the heavy metal/hard rock of that paricular era.
Passage en Force: With a title like that I was expecting a song in French but it isn't. And that's a little disappointing. But anyway, it's a "passage en force" with multi-layered guitar solos! It's a little fun, short and... that's it. It's a mere interlude, nothing more, nothing less.
Into Madness: an explosive song that begs to be played live with giant speakers and with the entire crowd chanting along to the chorus! This particular tune hits a little closer towards Alice Cooper when it comes to the big moments. I can already image Drenalize playing this tune on a big stage and hundreds/thousands of people singing "hooooooooold on ... tell me who will stop the rain!" As always I'm amazed by the mastery of the guitarists (note the small passage close to thrash metal around the 4th minute) It's certainly one of the highlights on this "Edge of Tomorrow" album. It's a composition which goes in many musical directions but always in a good way! Brilliant!
Fast and lethal: a solid tune. But nothing different compared to the other tracks. A nice sing along tune.
Something to believe: A slow opening that eventually transforms into a very nice track that has a little bit of Nazareth and Europe in the mix. Enjoyable, but not my favorite song on the album.
Edge of Tomorrow: a great marching tune to end this excellent release. It gets you pumped to replay this album one more time just to get the blood flowing once more!

In the end what do I think of this?

As you may have guessed, I really enjoyed Drenalize "Edge of Tomorrow" album. And again I don't understand how their Spotify has only 56 monthly listeners and a YouTube channel with less than 1000 subscribers, they are present on all streaming platforms but it looks like they're very overlooked and that's a shame! Their press kit is great, one of the most complete and well done that I've ever seen at this level, the few pictures of the band are great.
But returning to the album itself, the composition of the album is top, the writing of the titles are tops, well the texts... one is not obviously there for Verlaine thus that will go, the recording, mixing, mastering all is brilliant. All the elements are there for Drenalize to make it big and this "Edge of Tomorrow" album is great proof of that.
In other words, Drenalize's "Edge of Tomorrow" is a must-listen to if you enjoy the likes of Scorpions, Nazareth, Skid Row, Whitesnake more. It's a well-written, well-performed and well-produced throwback to the flamboyant hard rock/heavy metal from the 1980s.

A beautiful 9! great work on all levels!