Continuing the Art of Imperfection! 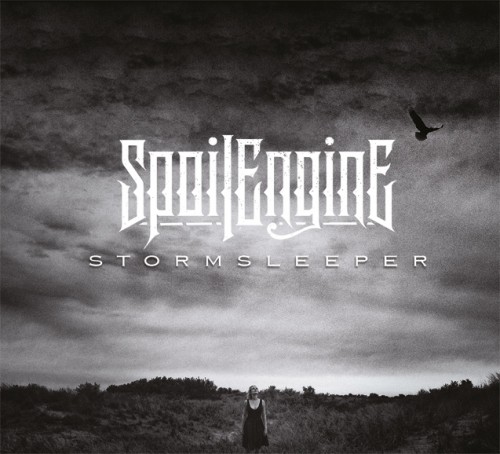 Ah, Spoil Engine. It’s been quite some time since I first met them during Rock Balegem in September 2014. A very memorable night for several reasons. The band themselves played a great show, they also had the likes of Ostrogoth, Diablo Blvd. and Guilty as Charged in their corner, but it also was the final performance of their former vocalist Nick Tournois, who retired after the concert and who received a standing ovation from everyone in attendance. Over the course of 2015, the band reinvigorated themselves by finding a new vocalist in the young but talented Iris Goessens and by releasing a new, six track long EP called Stormsleeper. An EP which I recently found in my mailbox by the fine folks over at Hard Life Promotion! Curious? Me too! Let’s check it out!

From a pure instrumental standpoint, Spoil Engine’s Stormsleeper feels similar to the band’s previous release, the Art of Imperfection, which they released in 2012. Steven and the other guys still grind their axes with death metal like brutality while still maintaining a crystal clear melody throughout its tracks. However, Iris is the one who steals the show in this EP. It’s clear from the get-go that she went to the Arch Enemy school of female vocalists because she yells and growls her way through the songs with such ferociousness that I get a bit scared that she will lunge out off the speakers, rip the ears from my skull and snap my neck! I never knew that such a fine looking girl is capable of dealing so much damage. Appearances can be deceiving, indeed! From time to time, however, the band switches to a slower pace with the guitars echoing through the speakers and Iris singing in a natural, melancholic voice. This is especially prevalent in the EP’s final track, Singing Sirens, wherein the typical grunts and hard-hitting melodies from the previous tracks are only very occasionally featured. Think of the Pantera song This Love and you have a good idea of this track’s style. A very fitting ending!

A central theme in Stormsleeper is facing reality after hearing nothing but lies. The narrator is sick and tired of all this nonsense and aggressively attempts to convince the listener of her beliefs. Frequently using profanity to further intensify her message. I have the feeling that Stormsleeper’s final track, Singing Sirens, features a different character behind the microphone. I believe it’s the person to whom the singer from the previous five tracks was talking to. And now, she’s finally persuaded of the latter’s beliefs and wants to be guided to the truth! The changed vocals and guitar play (which I described in The Shredding Basics) further suggest my assumption.

Aside from Stormsleeper’s front cover and a few band pictures, I didn’t receive any other eye candy from the band so this is going to be a simple task. The front cover shows a black and white photograph of a black-dressed woman walking through a field with a crow passing by. Maybe a reference to the Crow comic book series? Or to the movie of the same name starring the late Brandon Lee? Yeah, I hope so, but I’m getting off topic here. Overall, it’s a nice, mysterious looking cover. Ok, time to move on to…

I’ll have Stormsleeper’s title track as the main course. It’s a beautiful track showing Spoil Engine at their best. Gracefully switching between guitar distortion and angry grunts on the one hand and melody and clean heavy metal vocals on the other hand. The preceding track, Disconnect, is another favorite of mine. Mainly because of Iris’s extreme vocals. Easy to sing, or should I say, yell along to!

And the Judges Say

9 screaming sirens out of ten! An excellent EP that I can wholeheartedly recommend to whoever likes a good headbanging. And I just read they’ll be playing near my hometown in April. That’s going to be fun, I can’t wait!