An experience more than just an album 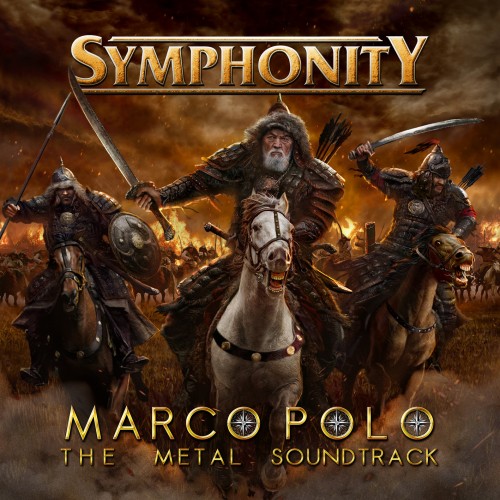 First of all and before you start reading I want to make an important remark: This is not a metal album! It's a work to be discovered as a rock opera or a book rather than as any other album. If you take it as an album with songs, you will lose at least 40% of the pleasure that this experience can bring. And I also have to apologize to the band because I can't reproduce all the accents of their names! Sorry guys, I know it must change a lot but I don't have the necessary characters to not make mistakes!
And also to Mike de Coene from Hard Life Promotion! I'm late with my review and this opus of Symphonity must have its review! It's late, but it's finally here!
Well, now let's talk a little about the presentation. Symphonity offers us "Marco Polo: the metal soundtrack" and so we have indeed a soundtrack but it's much more than that.

1) Venezia: more like an introduction monologue than anything else. The voice of the narrator is totally in this idea of the film which is going to begin! It's crazy because if you put on headphones (what I greatly recommend you do) you will believe you're in a theater with the curtain which is going to open... His voice is warm but virile, posed but with a good flow. It leaves room for Jana Hrochova whose voice of mezzo soprano puts directly in the atmosphere necessary to enjoy the upcoming trip! A small regret however is that she didn't get any lyrics to sing! We are thus here in the presence of a piece that's only symphonic, not in metal and even less in power!
2) Crimson silk, an Arabic-inspired beginning with a hoarse voice (Antonio Abate?), and it all goes upwards from there. We have power metal that sometimes gets truly heroic. Well, it's a little bit special at some moments, but when it's integrated gently, it's great. Also worth mentioning: what a work of mixing! All the elements of the songs are clearly distinguishable and tastes like a well-cooked hamburger with 100 layers or a true kebab with all the pieces numbered and findable! I just have a little trouble with some cymbals at the bottom around the 5:30 section. The end of the title reminds us that we are in a show and the voice over gives us the main thread.
3) The Plague: a song that's more balanced between the metal and non metal instrumentation. Once again I've had an issue with the sonorities of drums/cymbals, but well, it has its purpose. It allows us to deconstruct all everything that the drums provoke and what we get is a song that's clean-cut and as smoothly mixed like a baby's skin. It's powerful, it's moving, it's quite simply good.
4) Love theme: a soft acoustic interlude allowing to continue the story and ending with another monologue.
5) Mongols: in this track the style and the atmosphere change for heavier riffs, brass, and violins, double bass, it's not funny anymore... then comes the Mongolian atmosphere and stuck it into the metal. It's a little disturbing to hear the slow and heavy brass instruments in counter field of a drum and overexcited guitars! But it gives the song an ideal, battlefield atmosphere. The backing vocals really help to carry this song beyond the easy and dreary to somethin really epic, then comes my favorite part from 3:42 on up to the joy, what a voice! Is it still the singer? A pure happiness! The oriental part arrives thereafter... what a journey with this title! If you can only listen to one track on this book/album, then make it this one! All the parts are memorable, the additions are well felt, the atmospheres are right, the strong moments well thought, the voice is magnificent, ... what else to say here? To listen to it is to adopt it.
6) Dreaming of home: a real vocal performance as we could hear in a rock opera. In short the lead singers show they have a lengthy range, a strength and a technique that's just great! I would not even speak about the guitar solo (which is beautiful by the way), here we are really in the highlight of the singers and ... clearly they deserve it!
7) Found my way back home: a more traditional track but which hits hard on all levels, if you didn't get enough for your money, here, it gives you the change! It's powerful, it's fast, it's engaging, it's once again a pleasure with a singer who with his technique and his operatic voice makes us happy! Clearly, we realize that if he takes an extinction of voice, they are going to have difficulty to replace him! What also worth appreciating is the game guitar/keyboard around the 3 minute mark! All virtuosos in every sense of the word!
8) Prisoner: this ballad gives us back some peace on the piano, but even if it's nice... it's a bit too much for me, too over the top.
9) Venezia finale: an ending in the style of the intro with the narrator's thunderous voice and long mezzo soprano singing. From afar the tunes of this track reminded me of the chorus of "Endless rain" by X-Japan.
Also worth noting is that CD version featurs three additional tracks which are orchestral versions of songs 5, 6 and 7. 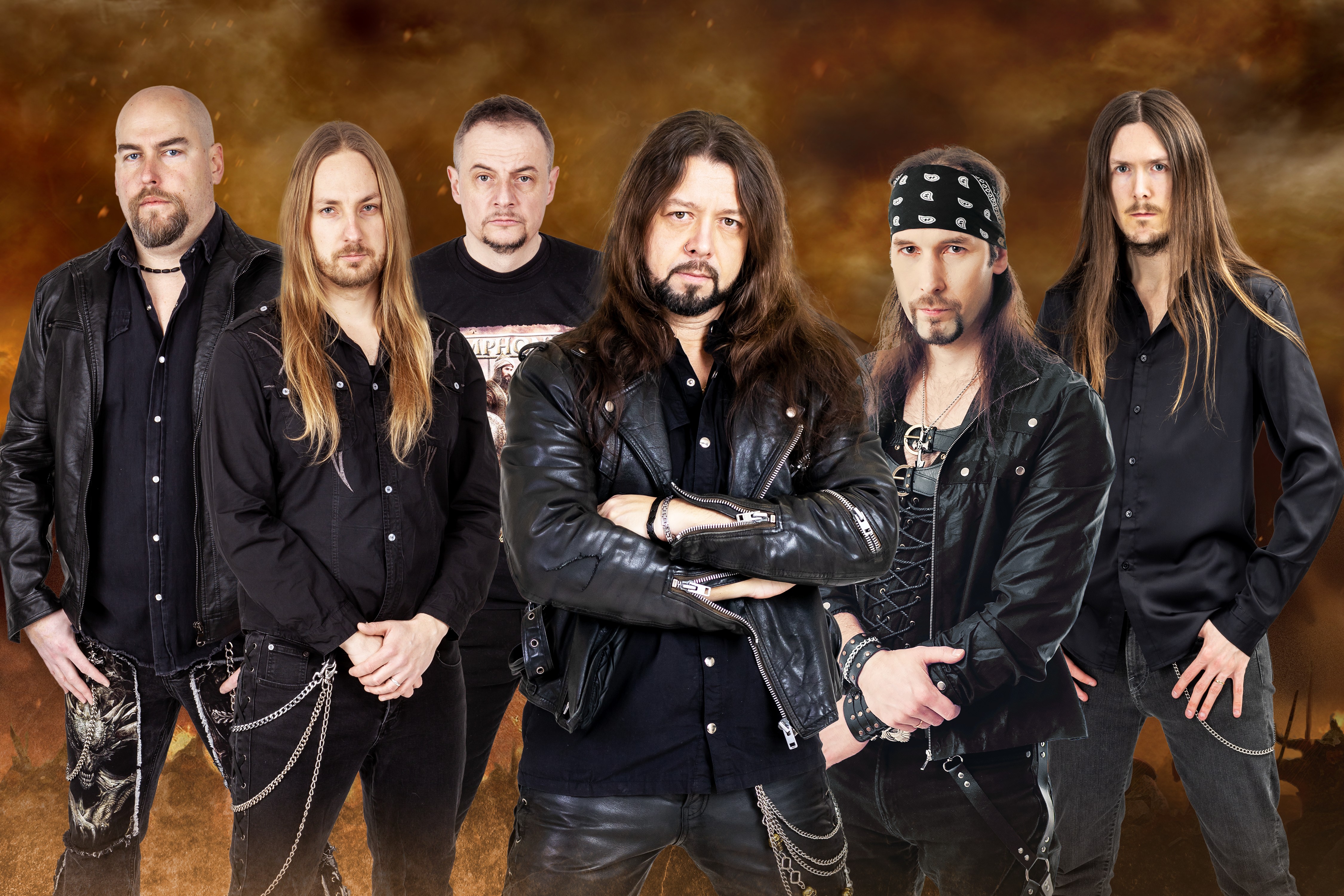 Well, what to think?

First of all, as I said above, don't expect a conventional album with a bunch of self-containing songs, this is something else. Out of that, I was a little bit disturbed by two or three little things like the parts wherein the power of the instrumental is in direct competition with the rapidity and the percussion of the metal part. But in the end I'll get used to it. As for the cymbals (on crimson silk for example) well, it's a personal opinion on certain frequencies but, in my opinion, there was no choice given the stacking that had to be done so that we can hear everything.
Speaking of hearing everything, this album is a prime example in masterful mixing and mastering that it becomes an art form! Every element on this album sounds very distinct, everything is in its place, and considering the thickness of the musical sandwich... it must not have been obvious! Frankly, if you release a video explaining the work that was done for these titles I think it would be useful to many people, and I would be very pleased! Credits to both Mikko Karmila (mixing) and Mika Jussila (mastering)!
Speaking of being impressed, of course there are the voices of Konstantin Naumenko and Mayo Petranin that scotched me! In all registers it sounds great, and I sincerely think that it is a big plus to have such a duet of singers in this group because they have the capacity to really get into the power and the raw emotion, in the technique and in the power in the rock and in the lyrics (almost). Of course the addition of Jana Hrochova (mezzo-soprano) adds the necessary touch. It would be interesting to continue their collaboration with her with a real place, real texts and parts in duets/trio! That would be very interesting.
An ambitious, complex and for the most part masterfully written, performed, mixed and mastered album, Symphonity's take at Marco Polo's adventures is basically one epic opera that I can highly recommend if you enjoy the concept of having an album written and played out like one long theatrical setpiece.

For those who can understand and like the concept: 8,4 (a real adventure)

For those who are absolutely not in the proposed delirium: 5 (it is really strong orchestral, and very conceptual, so it will lose some who will be able to pass the album only once before putting it aside).