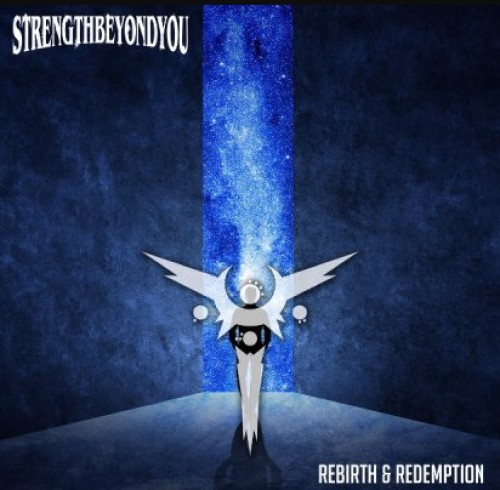 Ok then, how to approaching the beast ? … For me there is barely never bad things, … this isn’t an exception. But even if it’s original songs, I’m not blown!
This alternative metal is from the metal city : Detroit ! ... Ok, but can we excpect more than from coming from another city ? Obviously not ! So let be respectfful and try it with caution.

1 : Ready to rise : it’s not bad, … it’s barely good, it’s even well realized but, already listen … And the voice battle between normal sing and hip hop then after growl don’t convince me at all. The hip hop is well made, the growl is almost correct, and the “normal voice“ just don’t fit with the song. It’s not even a bit rusty, or rock voice … it’s … no it’s far from fitting. Talking about music now, … it’s good, not brilliant, but honestly good, … I mean, when you listen this song you can compare to “Canada dry” it smell like alcohol, it’ look like alcohol but it taste like somewhat else (to be fair) ! You take an Alice in chains song, you’re replacing the voice, putting a bit of hip hop, spit out the energy and the good stuffs and it’s what it is.
2 : Lit the Spark : Here we’re swapping from style, … the voice, the music, the energy, … but even If I’m more likely fan of the style, … I can’t be completely convince ! It’s almost between early begins of Metallica and some Pantera … but clearly not at the same level especially the “bridge” at 1:30.
3 : End of control ; first thing, you can notice something special on the voice (like a vocoder ?) … then the song … again, it’s a soup! We’re between sound garden and body count (0:40) … The try of the guitar solo leader around minute 3 is … all except musically well done. It not that it’s poor, it’s … just a complete mess ! so many voice styles, so many directions but none really reached … I’m a bit sad.

To be honest, I’m convince by the flow of the hip hop part of the first song, the rage of the “body count style” on the last, and the correct but short music of the second song. … I mean, please, you can’t do that because you have no real excuse ! you’re not playing bad, you have a good voice and punch when using the right way to, … you have some good roots, but you’re making something that got no head and no legs !
My work was ended, then … back on spotify, I’ve seen that the promo mail just sent me 3 of the 6 songs ! Thanks guys ! I’m good to rework ! … Do you really think I’m not pissed of ? … You know what ? For this time it’s ok, I will do my work properly but, next time …don't abuse myself !

4 : I survived : Better, not perfect but it’s more likely what we can call a good song. We’re back on some screaming guitars and tough voice … we’re put more on a “Testament” crossed with this bad idea of full normal voice who’s breaking the good vibes … so sad! still not fan of the melodic solo parts of the guitar it’s not a big deal but … it don’t add value … clearly not. … During this song you’ll be hot then cold, then hot, then cold … it’s really disconcerting! You feel they really want to but fall and fall again! please someone to help them in the assembly?
5 : Grounded :  Same notice as precedent ! it’s a rollercoaster of emotion ! “yeah it’s good” and “ugh ! where is the vomit bag ?”
6 : Come out swinging : It’s more homogenous … in bad stuffs ! realy don’t like this one especially the “whowowhwo” at 2:16 it’s really not pro !

Pantera likers you probably can look at it (if all is done in da house) … it’s not so bad at all, but you’d probably have some pity instead of something else! It’s not that they can’t, … it’s just a leak of will or of work and good listeners who’d says honestly “ok, you made a shit part there!” or “nice part continue because …” or they just don’t wanna heard advices! The question remain : "Why it is like it is ?"  I don’t know but, right now, and at my own opinion, … this album don’t deserve the loss of time.