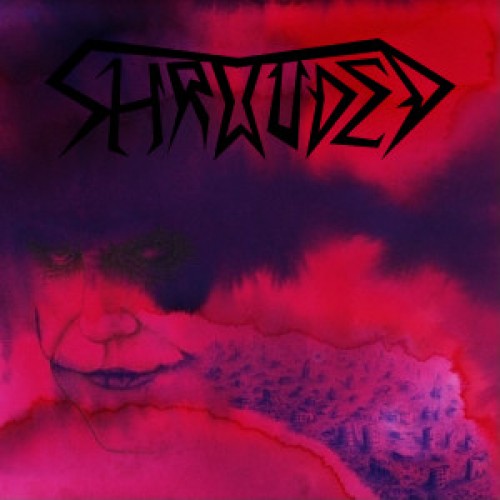 I first met the guys from Shrouded in youth bar De Muze, located just a kilometer or two from my home. Jens, Shrouded’s drummer, frequently visits the place and we quickly became friends. Now, he and the other guys finally jumped into the studio to release their first EP. Let’s check it out!

Shrouded self-titled EP gives you three tracks. It starts off with Thomas asking for forgiveness for his sins. Sins that are quickly forgiven when Virtues of Destruction’s riffs kick in. The pacing and guitar heaviness of this track remind me of Iron Maiden during the Paul Di’Anno period. The second track, Burning Alive, is faster and tends more towards speed metal with more emphasis on drum and bass. Finally, the EP’s ending track, Creatures, has a notably darker feel with the heavier, almost threatening guitar riffs and drums that this particular song features. The style of these three songs may be different, but the overall quality remains consistent. Shrouded show confidence and know-how in their work and every song is equally enjoyable to listen to. The EP, however, is over before you know it. One thing I would wish they added was a couple of minutes of just instrumentals. It would have made the EP pass the fifteen minute mark and would have wrapped up this quick rollercoaster ride a lot better.

War, violence and destruction for religious and/or political causes are the main themes for the EP. The first track is about religious genocide while the second song deals with nuclear holocaust. Both songs are sung from the perspective of the attacker. The third song, Creatures, is more dark fantasy driven with a story about hellish creatures (maybe the pink demons from DOOM) emerging from the darkness and terrorizing the population. Nothing too uncommon about the EP’s lyrics, so let’s move on!

Shrouded’s EP has a pretty bizarre cover with various shades of dark blue, violet and pink. What I personally see in the cover is a post-apocalyptic landscape during sunset. The face on the front cover somehow reminds me of Heath Ledger’s impersonation of the Joker from the Dark Knight. That stare and Glasgow smile, yeah, it looks pretty damn familiar. But, why so serious?

Although I could easily pick any of the three songs of the EP as my favorite, I’ll go with the opening track. It best shows the band’s flexibility in terms of style. Part catchy riffs, part thrashing bass and drums. Very enjoyable and it makes you hungry for more.

7,5 pinky demons out of 10. In just less than fifteen minutes, Shrouded successfully show off plenty of their potential. A nice blend of classic heavy metal with speed metal and spiced up with a bit of punk rock. I feel that Shrouded is yet another young Belgian band that certainly deserves support.

Have a look at the EP’s second track: Burning Alive.