They feed with death, they drink your blood 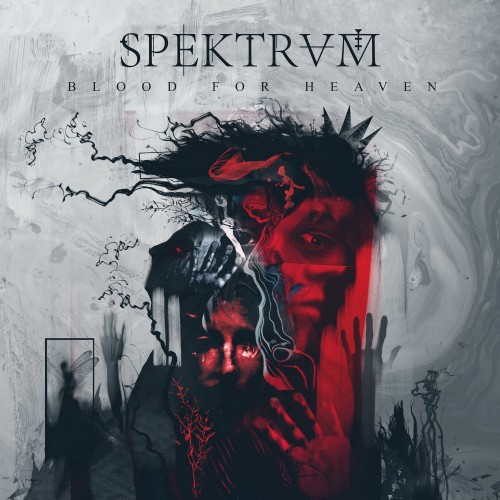 Review written by David Hardy.
Recently I went on vacation with my wife, child and mother-in-law to the Virion Valley, one of the most beautiful places in my home country (Belgium). And to keep my conscience clear, given the unbelievable number of emails we receive per day for reviews, I took some vacation homework with me. My homework included “Blood For Heaven,” the debut album from the Greek progressive groove metal act Spectrvm ... and you know what? Well, I got stuck on it! So let's debrief this little gem together.

First of all, I would classify it for those who like Metallica, but who really appreciate Dream Theater for their complexity and Disturbed for their sound, and Korn for their tempo and power. Not that vocally there is any resemblance to those aforementioned bands (the vocal style of Spektrvm is eerie howling, like an old man gasping his final breaths), but artistically, we find the similarities quite easily. That being said, what an album! I never got bored of it, it's really the kind of album to have if you like melodic and intelligent metal.
Track 1 “Gift of Oizys”: Oizys, for those who don't know it or who aren’t interested in Greek mythology, was the ancient Greek goddess of misery, grief, depression and misfortune... and indeed, this melodic instrumental track is totally in this imprint, in this mold of sadness and distress. In hindsight, it’s the saddest track on the album, but it does help in starting the album gently and dreamily. It's the little bitter-sweet delicacy that prepares the spicy main course that follows.
Track 2 “Blood For Heaven”: starting with heavy guitar and a loaded tempo, the guitars playing more in the highs make their intro, of course it's progressive, so it doesn't hit you directly, but the games are intertwined in a very effective way and allow a progression to be set up. And when all is well put comes the well-timed chorus, which remains stuck in your head and which gives you the desire to push the song even if we do not know the words! Even the guitar solo from 3:52 to 4:32 ... 50 seconds of solo not necessarily in the speed but in the melodiousness is impressive of accuracy. It is only afterwards that you realize that the song carried you in a masterly way from the beginning to the end. To finish on a good note (as if it was necessary), the end of the track... is a real finale, not a "fade to silence."
Track 3 “War of Chameleon”: in the beginning it’s difficult to see where they’re going for, but around the 1:10 part the initial buildup leads to an almost heroic sounding chorus ... the sudden tempo change before the 2-minute mark is interesting, it is really a title wherein we feel to push out the wings and fly! Some listeners will find a little heaviness, personally I would say that it is more than it takes to the guts! We feel that it speaks directly to entire our body and brain. What can I say about this song’s solo? It rocks, shorter than the previous one, but also more lively at some moments, one in the other it still remains a very good solo.
Track 4 “Leviathan”: Do you feel the metal here? This track is a little more rootsy in terms of metal, but so well done that we imagine it resounding in a huge stadium, quite a sick thrill! And, whereas we thought we had understood everything of the song, then comes the 4:53 part and you would be forgiven if you believed yourself in a Dream Theater concert! It's with songs like this one that we realize that they are ready for the big jump because they are able to turn a good song into a great song. A simple tune into a complex but understandable tune... if you like metal you will love this song!
Track 5 Trying to Breathe”: in this particular song vocalist Thanos indulges in a perilous exercise because in many ways, not everyone can afford to sing a song like this one! Especially for singers with a rather rock-oriented and manly voice. The chorus reminds me strongly of the chorus of the title "El tango de Roxanne" from the movie "Moulin rouge" and by definition should get smashed and stuck into your head as easily as a raging rhinoceros would smash the tea set of Auntie Josiane if it were in its way. A song that meticulously mixed sensitivity with viciousness!
Track 6 “Rainfire”: starts in the opposite way compared to the previous track! Rough riffing, rock voice, powerful guitars, we’re far from the joyful feelings and the Parisian blue flowers. It feels the oil and the heat,  and while it’s a bit repetitive, it’s punchy! And there’s a guitar solo here that focusses more on speed than p, melody. Personally, “Rainfire” is my least favorite track on this “Blood For Heaven” album, but that doesn’t mean that it isn’t any good at all.
Track 7 “Without Borders:” featuring guitars that at the very beginning make you think of AC/DC, then immediately, you say "nope!", it's Dream Theater! It is just a title sung with verve supported by exceptional guitar work. And the song’s overall message about setting aside our differences and working and living together in harmony is quite inspiring.
Track 8 “Green God”: A solid and really nice song, but not the best track of the album for me. It’s a bit cheesy and there’s little on this track that I feel stands out.
Track 9 “Rotten world”: A beautiful finale to this “Blood For Heaven” album that I've listened to again and again. It begins as a slow and very dreamy track and then the band explodes into furious riffs to wake you back up from the slumber they first induced you to. I have nothing else to say about this track. It will undoubtedly make you think of many things but it won’t disappoint you. 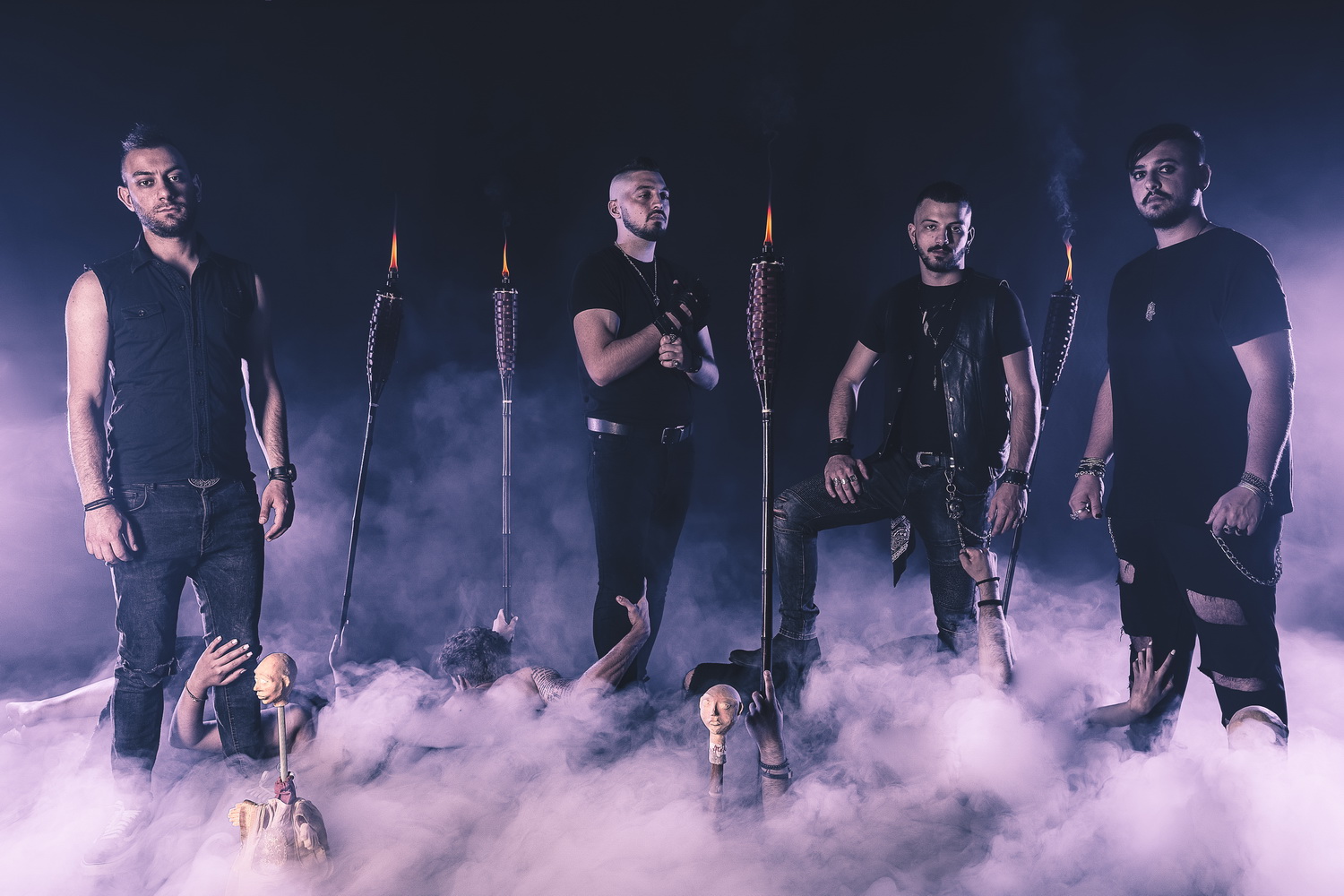 As you may have understood given my praise for this album I’ve become a big fan of Spektrvm’s work! Would it be too much to ask for a 10? They would be able to make me go and take a closer look at the whole Dream Theater discography, something my darling has already tried convincing me of 100 times without succeeding! Would there be something for me on this side of the metal spectrum? In any case, they make me want to go and see what's going on. And that’s quite an achievement!
If you could only buy just one album this summer then I warmly recommend you this one! Especially if you enjoy acts like Metallica, Dream Theater, Disturbed, Placebo, Queens of the stone age, The Killers or Korn then you should really dive into this album! And even if you’ve only got a minimum of metal taste in general then Spektrvm’s debut album is a release that still deserves the investment!