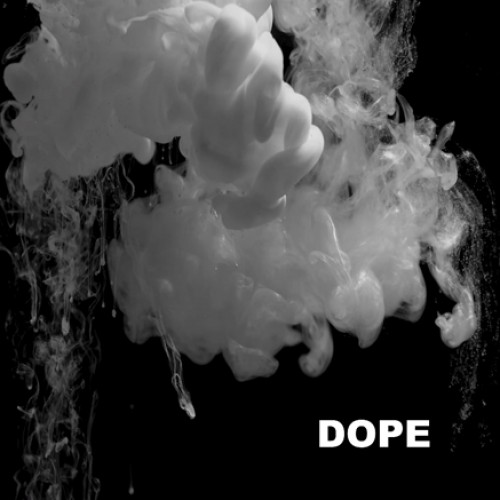 Last November I shredded the Sister May single “The Kneep” (read my review here: https://www.belgianmetalshredder.be/reviews/327) at the request of the band’s frontman Bert Goethals. When Sister May released their latest single “Dope,” last February, Bert once again asked for my thoughts about their new tune. And now that Marjolein “Mrs. Metal Shredder” and I have finally finished moving in together and so allowing Belgian Metal Shredder to run at full speed once more, it’s finally time to shred through Sister May’s new single (that is until their upcoming third single called “Headshot” will be released in about 10 days from now).

“Dope” is the second single for the upcoming full-length of the Belgian rock band Sister May which is scheduled for release somewhere in 2023. “Dope,” like the previous single “The Kneep” is released independently and sent to us both by the band and by our Dutch friends over at Hard Life Promotion.
This new Sister May single begins with a solid 15 seconds of marching, metallic sounding beats before a dramatic pause sets in. Then headbang inducing drums and melodic guitars kick in and finally Bert’s soothing voice takes over, backed by bluesy bass, soft drums and a seemingly joyful combo of keyboard and guitar. Eventually the song transitions back to bashing drums and roaring guitars & keys with Bert going for a more aggressive vocal style (while still remaining crystal clear). The song’s final part is a minute long session of furious yet melodic riffs with the high-note keyboard tunes providing a weird sense of insanity to the song’s finale (almost sounding like a ticking timebomb) while the once prominent vocals move to the background.
As was the case with “The Kneep,” Sister May’s “Dope” has a menacing, brooding atmosphere and smoothly switches between intimate and aggressive sections to keep things engaging. I do find the single’s opening a bit weird, it is as if the 15-second opening jam is Sister May finishing one song and then moving on to “Dope” itself right after the silent interval (maybe that’s going to be the case when they perform this song live on stage and how the song will be used in the eventual album). In any case, if you enjoy classic grunge acts like Nirvana, Alice In Chains or Soundgarden then I can certainly recommend you this Belgian-made grittiness. 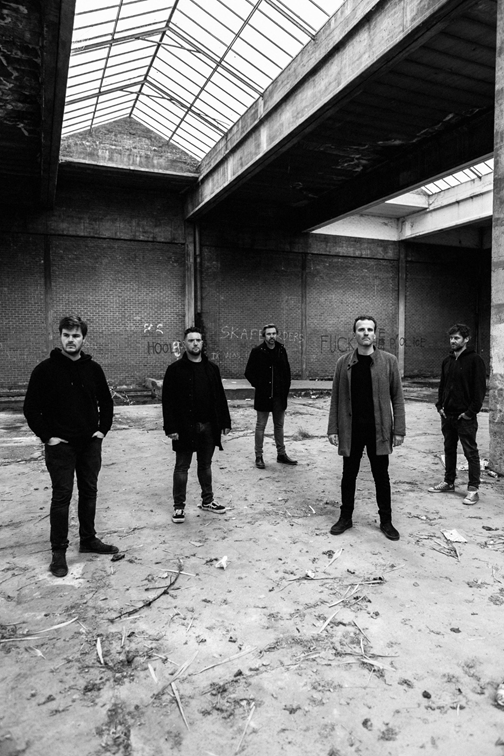 The lyrics of “Dope” are pretty ambiguous (another hint at their grunge influences). Personally, I believe the song is about the mental torment of being misunderstood by society and having no place and nobody where or who you can be yourself without being “denied.” In fact, Sister May believes that being misunderstood can mark you as a “joker” and considered a town’s fool and that this despair will eventually break you down into depression or rage with all the destructive consequences that go with that.
The music video of “Dope” begins with the band performing the opening melody in a similar location as wherein they performed their earlier single “The Kneep” until vocalist Bert suddenly walks out of the building, leaving the rest of the band behind (who remain completely still as if frozen in time). Bert then roams through desolated city streets, passing run-down apartments, graffiti walls and enormous factories. One very nice detail is that he runs during the fast parts and walks during the slow parts. Eventually the footage of Bert walking and running rewinds until the very moment he was about to abandon his bandmates. After a moment the rest of Sister May “unfreezes” and then the band performs the final part of the song all together as if nothing had happened. Once again, Sister May’s music video has a beautiful, contrast-rich black-and-white aesthetic. I also enjoyed the tracking shots (a video direction style I like a lot since it allows you to truly focus on one character and bond with him/her) as well as the concept of time standing still, moving forward and rewinding. I consider this concept of time as a metaphor of how we can always return to a better place and redeem ourselves and others from the mistakes of the past.

9 Jokers out of 10. A powerful, intimate tune accompanied by an aesthetically pleasing and originally themed music video. Sister May’s “Dope” is another indication of Sister May’s musical growth since their 2018 debut EP and it makes me even more curious to hear the complete album once it reaches us all next year. If you enjoy dark and gritty grunge with a huge sense of melody and relatable themes, then check this out.