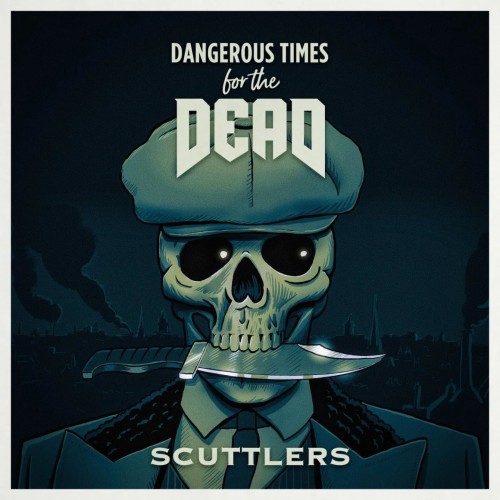 We’ve been in touch with Dangerous Times For The Dead for about 2 years now (starting around the time the pandemic had begun) and the band has been regularly informing us about all the singles they’ve been working on. In the past we had already reviewed some of these singles including the power driven “Storm The Castle” (read our review: https://www.belgianmetalshredder.be/reviews/257) and the Lovecraftian-themed “Cats Of Ulthar” (read our review: https://www.belgianmetalshredder.be/reviews/264). Today the band has released another single and since it’s been over a year since we last shredded this band, it’s time to shred them again.

“Scuttlers” is the 8th single from the Dutch heavy metal band Dangerous Times For The Dead and is once again an independent digital release. The single begins with heavy bass with gives the song an uneasy feel, gradually the rest of the band joins in and finally BjØrn’s signature high-pitched vocals come in. During the verses the combo of galloping drums and rumbling bass give off a frantic atmosphere. The chorus is catchy as always and has multi-vocals which makes the chorus overall more impactful. The joyful guitar solos that join with that aforementioned menacing combination of drum & bass adds a certain duality to the song although I wished we could hear all the solos in their entirety without vocals (I never liked vocals during solos anyway). For me, the vocals returned a bit too early since the last guitar solo was still playing when the singing came back. Still, the song had a solid ending with the relaxed final riff and the high-pitched ending scream as if to say that the scuttlers had come and destroyed the place.
A solid, well-paced and well-produced new single from Dangerous Times For The Dead, but what I like the most about this particular band is the variety of their songs and the themes they deal with. Throughout their gradually expanding single catalogue they’ve tackled subgenres like power metal, speed metal, progressive metal, glam metal and of course old-school heavy metal. For me, “Scuttlers” falls somewhere between hard rock and classic heavy metal, like Danzig mixed with Black Sabbath as well as classic Kiss. 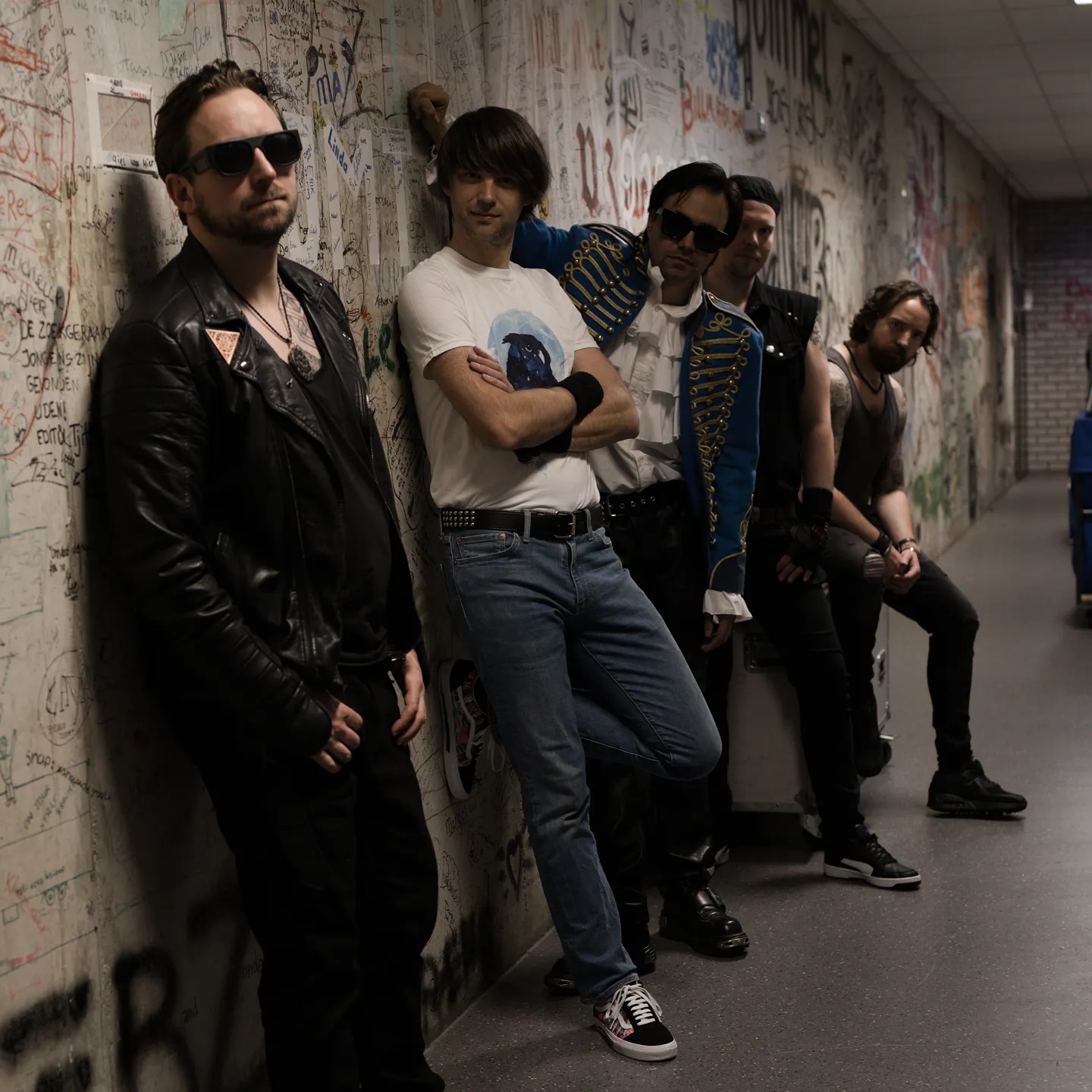 The main theme about “Scuttlers” are about the infamous scuttler gangs from Manchester who were particularly active during the late 19th century. They were gangs consisting of working-class youth who fought each other with their fists, knives and other weapons they could get their hands on.
The artwork for this “Scuttlers” single consists of a skull-faced scuttler lad with a knife between his teeth with the smoking chimney rooftops of 1890s Manchester in the background. This is the second consecutive single in with Dangerous Times For The Dead uses hand-drawn, comic book style artwork with various shades of green and blue. I hope they’ll continue using this type of artwork since it could end up becoming a signature visual trait for them (and I believe that the greatest rock & metal bands aren’t only known for their songs but also for their visual presentations).

7,5 scuttler knives out of 10. Another solid tune from Dangerous Times For The Dead, this time a classic metal tune with a huge bass emphasis and a historical topic that I don’t think a lot of other bands sing about. Good stuff, as I’ve come to expect from this band. Check it out!