No goodbyes, but horns! 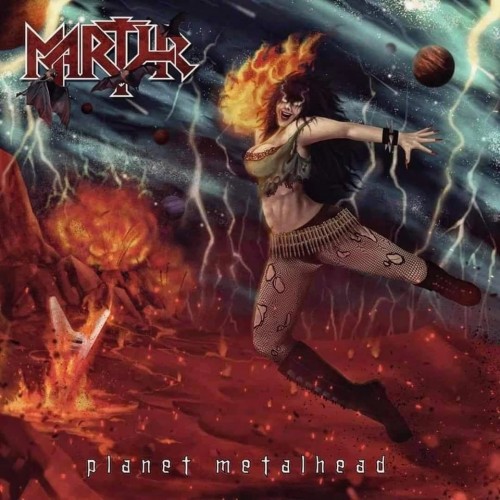 We’ve been in touch with the Dutch heavy metal pioneers Martyr for a few years now and guitarist and co-founder Rick Bouwman has been keeping us informed about his band’s current endeavors. He also recently invited us to have a pre-listening session of Martyr’s upcoming album “Planet Metalhead” and now that said album is only a couple of weeks’ away from its much anticipated release, it’s time to shred our way through this fresh batch of Martyr material.

“Planet Metalhead” is Martyr’s sixth album and will be released via Into The Limelight Records. We received our promo copy digitally by Metal Devastation PR. The full-length release begins with “Raise Your Horns, Unite!” a song which we had reviewed in great detail over a year ago (read our full review here: https://www.belgianmetalshredder.be/reviews/247). To put it short, it’s a great intro to “Planet Metalhead” thanks to its epic guitar driven opening and the fast-paced, energetic and combative anthem feel this song provokes.
Next up is “Demon Hammer,” a song whose riffs and vocals remind me of Judas Priest’s “Painkiller” but thrashier guitars and multi-layered singing There’s also a slower, more peaceful part with acoustic guitar that’s reminiscent of Hammerfall and a vocal section that reminded me of Manowar. Then comes “Children Of The Night,” whose menacing intro made me think of Diamond Head’s “Am I Evil?” but then the song transitions to a high-octane power metal tune with an aggressive edge.
The album’s fourth track is the single “Fire Of Rebellions,” an anthemic tune similar to “Raise Your Horns, Unite!” but more threatening thanks to the crunchy bass lines and the moody guitars. But the operatic singing do provide some levity. Then comes an intimate tune called “No Time For Goodbyes.” A song that feels like Metallica’s “Nothing Else Matters” but with a fuller overall sound. You can feel the desperation and tragedy in the song and that, along with the majestic high vocals make this one highlight track on “Planet Metalhead.”
“Metal Overdrive” speeds things up again with a song that vocally reminded me of Dio (particularly the “Holy Diver” era) but the song has a huge thrash side to it as well. “La Diabla!” opens and ends with church chants and other than that it’s one of the most furious tracks on the album, reminiscent of such acts like Motörhead and Anthrax. “Diary Of A Sinner” is a very catchy, short and straightforward tune that feels like Judas Priest. “Church Of Steel” opens with pounding war drums and the speeds up to a tune that exhales classic Martyr “Speed Of Samurai” with its expressive guitars and fast rhythms and finally “Wings In A Darkened Soul” is an intimate power ballad that feels like Queen & Bon Jovi with a beautiful multi-vocal chorus, a solid ending to a great album.
During the pre-listening session Martyr informed us and the rest of the invitees that they were aiming for a heavier and more speed metal oriented sound and I admit they certainly succeeded. The songs on “Planet Metalhead” are varied and remain engaging both individually as well as collectively. The whole album is a relentless barrage of operatic vocals, majestic guitar solos and pumping beats and the band smoothly mixes heavy, thrash, power and speed metal together for a flexible, complex yet also easily accessible mix. The material is also significantly crisper and clearer compared to Martyr’s earlier work, up to par with modern metal releases from younger acts. 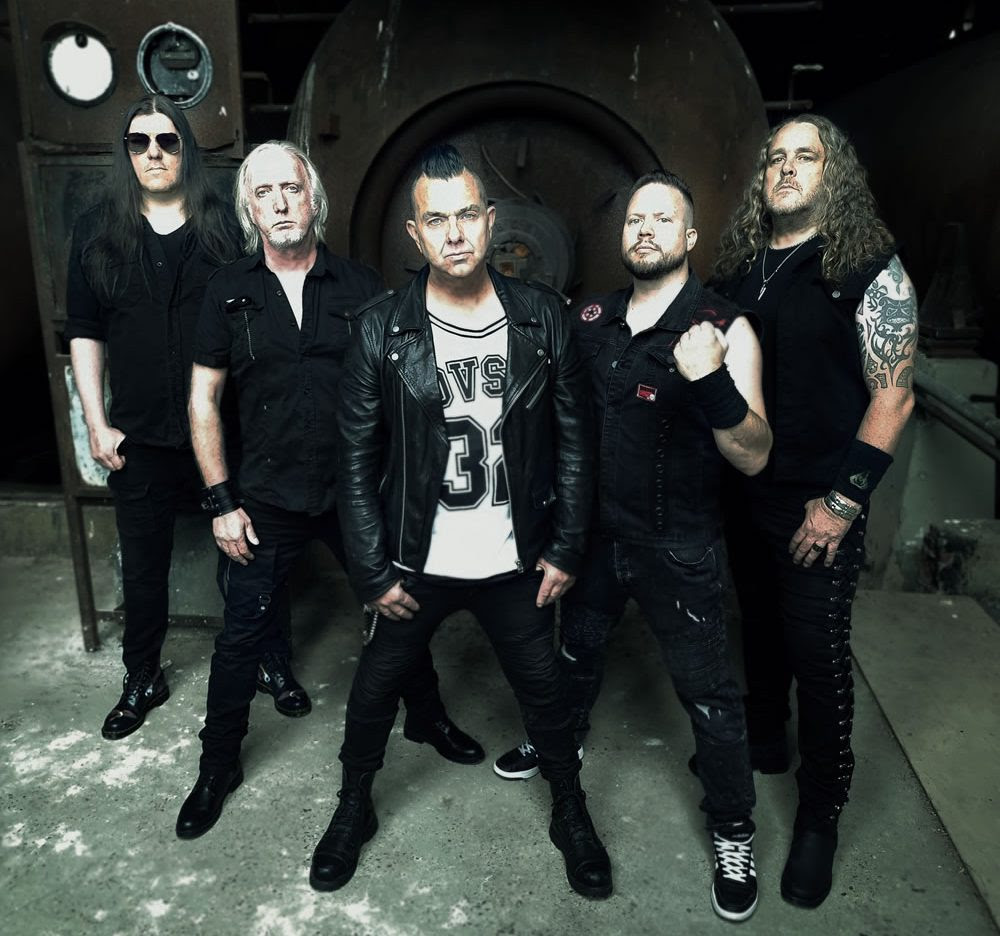 The artwork of “Planet Metalhead” features a buffed up woman with epic long hair ready to slam her fire balled fist in your face. She looks like a Dragon Ball character who's going to Kamehameha you to kingdom come. There are also some other fine details in the artwork like the buried, burning guitar, the lightning strikes all around the place and the bats flying around the Martyr logo. It’s very colorful and energetic cover art and suits Martyr’s action-packed style very well. The themes on “Planet Metalhead” are classic metal topics, coming together and raising our horns as one family, angels and demons and just the sense of being metal AF.

The epic opener “Rise Your Horns, Unite!,” the terrific introspective that is “No Time For Goodbyes,” the fury of “La Diabla!” and the classic Martyr sounding “Church Of Steel.”
Not a weakness of the album itself, but “Planet Metalhead” shows Martyr as a band that could’ve made an even bigger impact on the worldwide metal scene if they hadn’t gone on hiatus for over 15 years (they retired in 1989 and returned in 2005). There aren’t the only band I can think of that could’ve reached even greater heights if they had kept hustling on back in the 1980s and 1990s (acts from my own Belgian country like Ostrogoth, Exoto, Acid & Cyclone are some additional examples). But still, I’m happy that many of these bands have returned to the scene in recent years and I’m especially glad when they bring out new material to show that they can still play with the young acts of today. And Martyr with their “Planet Metalhead” is a perfect example.

9 Kamehamehas out of 10. “Planet Metalhead” shows a revitalized Martyr that have brought back the speed, energy and aggression from their “For The Universe” and “Darkness At Time’s Edge” period but with modern production values which help bring the band’s sound truly come to fruition. A great album if you’re looking for a real throwback to the heavy, power and speed metal of decades past.