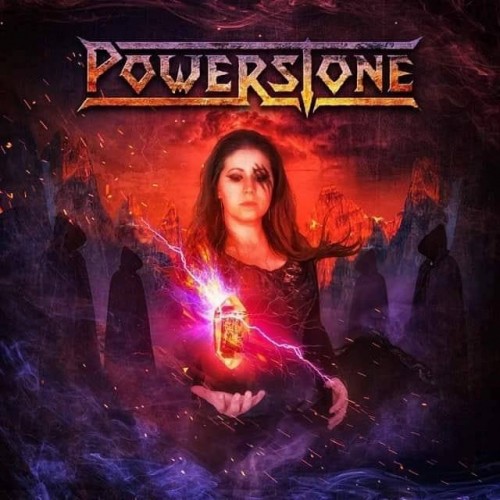 When listening to the new EP of Belgian metal band Powerstone, released on 11/11/2021, for the first time, I felt pretty neutral about it. I liked it, but didn’t find it too special or unique. I was very impressed with the musician’s talent, but besides of the vocals, I didn’t feel like there were a lot of things jumping out at me, and I had a hard time trying to think about what I could say about their self-titled EP release. So I started studying the songs a little bit deeper than what I usually do when casually listening to music, and I fell in love! For this being their second EP since the 2011 EP “The Prophecy” and once again released independently, the quality and eye (or well, ear in this case) for detail is really impressive!

The self-titled EP by Powerstone starts off with “King Of Darkness,” setting a great tone for the rest of the EP. It’s fast, it’s tight and a headbanger! The song begins with a killer riff by lead guitarist Kenny, amazingly backed by the rest of the band, that makes me want to pull out my air guitar each time I listen to it. Then they let the guitars ring out for a bit, followed by the vocals jumping in, backed by the bass. It makes you sense a certain ambiance/ feeling, really pulling you in and setting up the mood for the song.
What I’m describing here is only the first 40 seconds, and I feel like already within that short window of time, they managed to sum up the style of their whole EP. I really like this! No better way to get your target audience interested and hooked as fast as possible! It’s got a kick-ass riff, drums and bass are doing a great job backing that, it’s got variation between headbanging guitarwork and the calmer feeling you get when the vocals jump in, being backed by just bass and drums. And then the song really kicks off! An absolute killer opener!
Second on the EP we’ve got “Shadow Of Fear,” only impressing me further. I honestly don’t know what to say about this song besides that I love every single part of it! It starts off strong and powerful, and is badass all the way to the end. This is just creative and amazing songwriting! Next up is “No Limits,” a track that, in my opinion, didn’t quite fit with the rest of the songs and I’ll be explaining the reason why in the “points of work” part of my review.
I do feel like the song “Welcome To Your Nightmare” is easily the best track on this EP. I felt so connected to the song, I could close my eyes and feel the emotion in the vocals and band all the way trough. Just the opening solo by itself could get an arena to take out their phones and flashlights and sway left to right with their arms in the air, headbang, united as one. That’s how strong I think this song is. I adore the sound of a wolf howling while the lyrics “hunted by wolves, creatures of the night,” with the howl starting just as the word “wolf” is being sung. This is such a small and simple little detail, yet it adds so much!
If Powerstone gets to make a breakthrough, “Welcome To Your Nightmare” will undoubtably go down as one of the best songs in their discography. The vocals combined with the guitars and bass create a beautiful melancholy of a song and the vocal layering here is simply lovely! I was especially fond of the power the chorus packed compared to the calmness of the verses too, and those last 2 solos of this song… masterpieces! And finally, due the calm nature of the song, it really allows the vocalist Miriam’s Belgian accent to shine through a bit, which I’m very fond of! Lots of times when people sing, the accent completely disappears, or at least diminishes to a point where you don’t notice it. And while I was on the fence about it at first, I can now say that I appreciate to have it present on a slightly noticeable level. That’s what makes Powerstone’s sound unique in my opinion!
I have little in particular to say about “Prayer In The Dark” and “Old Warrior” to be honest. Again, two great songs of great quality, both in the way of recording and skills of the band but they didn’t quite click that much with me compared to tracks like “King Of Darkness” or “Welcome To Your Nightmare. 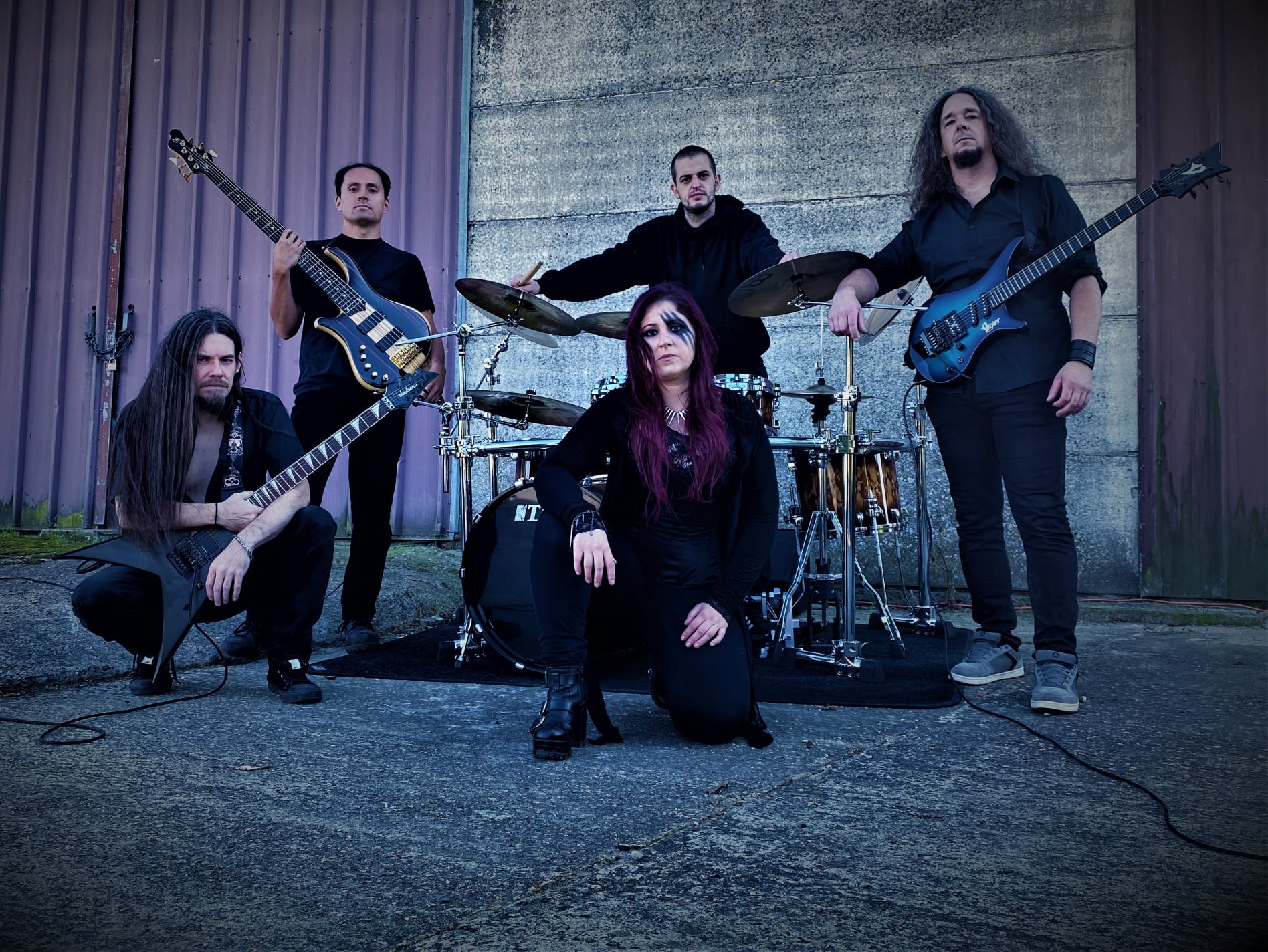 Not much I can say here really… the EP was great in almost every single aspect, it just took me a few good listens to really get into it. If there is anything I can remark it would be that I don’t know about how the track “No Limits” fits in the EP. It sounds great, and musically is just as good as any other track on the record, but I’m not so sure about the theme. While the other songs made me think about what the meaning behind them could be, in “No Limits” it was very clear it was about riding a motorcycle. So compared to the other songs, this one felt kind of shallow. I would’ve preferred to have seen it release as a separate single, possibly with different artwork too. And besides of that I think Powerstone’s main point of work is marketing! It’s clear to me that this is a band of experienced musicians who know what they want from their tracks, and an EP, and is pretty good at executing it too!

- Keep doing what you’re doing! Beside of the few small remarks I mentioned in this review, this eponymous Powerstone EP is great!
- Get marketing! Do what you can to get the Powerstone name out there! And keep building up that momentum!

I think it’s just a matter of time, dedication and a little luck before Powerstone gets some kind of breakthrough. I definitely see them playing venues like the Trix in Antwerp for example, or maybe even the Ancienne Belgique one day. This is a very talented group of people, giving a Belgian twist to power metal, and they’ve certainly gotten me convinced of their talents. I am seriously curious as to what the future holds for Powerstone! I will be keeping an eye on the band, and check their socials every once in a while, I truly support them in their future endeavors!