A small, but tasty slice of Belgian Thrash! 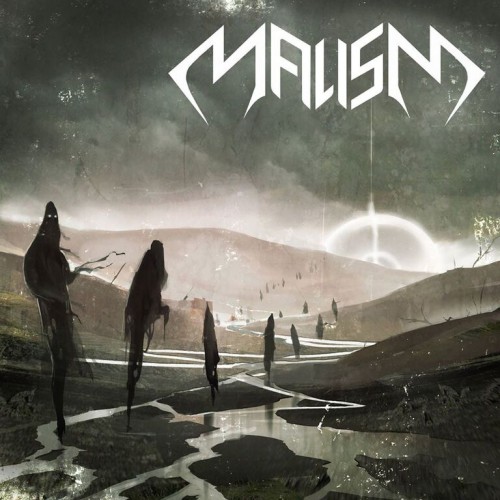 My first date with Malism was in March 2015 during the Metaaldetector event in Geraardsbergen. Right at the same venue where the annual Black Out Bash festival takes place every fall. I highly enjoyed Malism as well as the other cool, young Belgian bands who played that night like Wildheart, Carrion, Solid Black and Prematory (one of their final performances as history turned out). A week before their official release of their self-titled EP, I contacted Malism and offered them a review. I was really motivated to hear more of their work after listening to the song Trip (which is this EP’s opening track). And I can already tell you, my fellow Shredders, that this band packs a punch to their sound!

Being a traditional trash metal band, you can already more or less know what to expect from an EP like this one. Shrieking guitar shreds mixed with turbo fast drums and anger-filled vocals to put the icing on the moshing cake. The guys easily change in tempo throughout the EP, at times playing slow, Pantera-style riffs and from time to time ramping up the pace. Nothing revolutionary to say the least, but the band shows talent and confidence in their work as you’ll definitely hear when you listen to this EP and even more so when you see them live on stage. Unfortunately, the EP is short. Of course, I know that EPs aren’t meant to last for like forty minutes or something, but after hearing the four great tracks that Malism's EP has to offer, a thrash hungry mosher like me is simply begging for more!

I’ve got to say that the black shapes (of course referring to the track Ancient Nightmares) on the EP’s front cover remind me of the Nazgûl from the Lord of the Rings. It’s a nice piece of art to be honest (but that may just be me and my taste for dark, nightmarish paintings). I also love the way the first shade gazes at you with those yellow, hypnotic eyes. As if to invite you to join their ranks. Aside from the front cover, there’s very little to talk about regarding artwork. The inside cover is a black page with the obligatory names of the band members and all the people they want to thank. The backside is a blurred version of the front cover with the track list. Personally, I really miss a picture with the full lineup as a back cover. Although the band keeps things simple and low budget on the artwork department, they know that it’s their music that will make people remember them. And I completely agree with that!

Not an easy task, as every track is a real joy to listen to, but I’ve got to take a pick here so I’ll take go with Trip, the EP’s opening track. The band made a good call by choosing this song as a free preview to their EP and you can hear that they've put a lot of effort into it. The song has a memorable guitar riff, a catchy chorus and good variety in speed. A perfect way for Malism to give newcomers an accurate (and therefore good) first impression of who they are!

8 Nazgûl lookalikes out of 10. As I said in my opening line, Malism’s debut isn’t the longest of EPs, but what it lacks in length it more than makes up with the fun, headbang-igniting shreds of their guitars and slams of their drums. I feel Malism’s potential flowing through the EP and I have all the faith in the world that this band has a lot to offer to us. Or as Jelle yells at the end of the final track: “We will rise!”