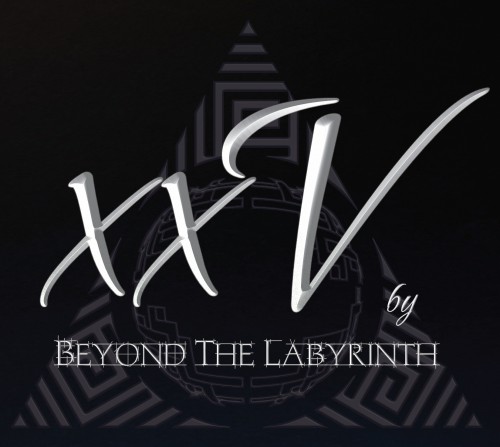 Beyond The Labyrinth is a band that we’ve been following since 2017 when they released their awesome fourth album “The Art Of Resilience” (read our review: https://www.belgianmetalshredder.be/reviews/66). Ever since, we’ve remained in close contact with the band including shredding our way through their 2018 EP “Brand New Start” (https://www.belgianmetalshredder.be/reviews/172) and we even financially supported their upcoming and highly anticipated new album “XXV” and now that we’ve received our physical copy, it’s time to give Beyond The Labyrinth another big shred!

“XXV” is the fifth album of the Belgian rock band Beyond The Labyrinth and is released independently. The album serves as an anniversary album to celebrate the band’s 25-year existence and mainly features brand new material as well as 2 fan-favorites newly recorded with Beyond The Labyrinth’s present lineup.
The album begins with “Altitude Of Energy” a joyful and chilled-out tune that’s full of 1980s motivational vibes and therefore would fit very well as a tune for the classic training montages from the Rocky movies. Then comes “Louder Than Thunder,” a faster and more keyboard-driven song that makes me think of a blend between Deep Purple’s keys and Iron Maiden’s gallops.
Things get darker with “Invisible Battle Scars,” the atmosphere of this particular song is emotional, introvertive, dreamy (and at times nightmarish) and I especially love singer Filip’s tearful delivery. Beyond The Labyrinth goes rocking with “Nothing Comes For Free,” featuring heavy bass, raunchy vocals and drum beats to shake your body to. Organs fill the air when the next song “Dedicated To Sir J./Rush Rush Rush” comes in and the fast, drum & keyboard-driven beats especially made me think of 1970s Deep Purple and there even is a guitar/keyboard solo duel to top it all off. The song made me think of going to a carnival and seeing the colorful carousels, the wild rollercoasters, the fun music, the candy stores and all the people there having a great (and hopefully not too expensive) time.
Next up is the single “Falcon Eye” which we described in great detail in the single review we did last May (read it here: https://www.belgianmetalshredder.be/reviews/301) and it still sounds exactly like it was back then. A motivational and catchy song with melodic guitars and keyboards playing the main tune in sweet harmony. Track 7 is called “In Camera” and is one of the slowest and most intimate tracks on the album, it almost feels like the peacefulness of a photo session with the people both in front and behind the camera standing still and focusing themselves on making the best picture possible.
Then comes another joyful track called “This Is How We Roll” and it’s a significantly heavier tune compared to most of the other album’s tracks. It has very catchy lyrics and a huge anthemic vibe. I think this track would serve particularly well as an ending song for future Beyond The Labyrinth gigs. Straightforward, energetic and powerful. “Improve, Enhance,” is another 1980s like inspirational tune and is especially contemporary given the ongoing pandemic and it even features the first fragment of one of Mohandas Gandhi’s most iconic quotes.
“Up There In The Sky” is very catchy & rhythmic and even has some techno and disco tunes. It’s a very danceable track as well sure to get your head banging and your feet tapping. “Rise Above” served as the B-side of the aforementioned “Falcon Eye” single and, as I discussed in the single review, features jazzy saxophone, soft drums, motivational lyrics and a big Vangelis Blade Runner feel. “Long Way Home” is the final original track of “XXV” and starts off with a gentle opening before it explodes into the chorus and then the song continues its introspective story of a band who just has just finished an intense gig and are now preparing for the long road back home while also looking forward to the next show.
“XXV” also features two bonus tracks of fan-favorite live songs that were never released on physical formats before, “Healer” and “Wings.” Both re-recorded with the band’s current lineup. “Healer” is a that I remember from the Beyond The Labyrinth songs I attended and while I didn’t know the song by its title, its energetic tunes and catchy multi-vocals made it instantly recognizable to me. And finally “Wings,” a song that I don’t quite recall from the past shows I saw with the band but it still is a fun tune that smoothly switches between slow and moody sections and faster parts and a nice philosophical message, like many other Beyond The Labyrinth songs. 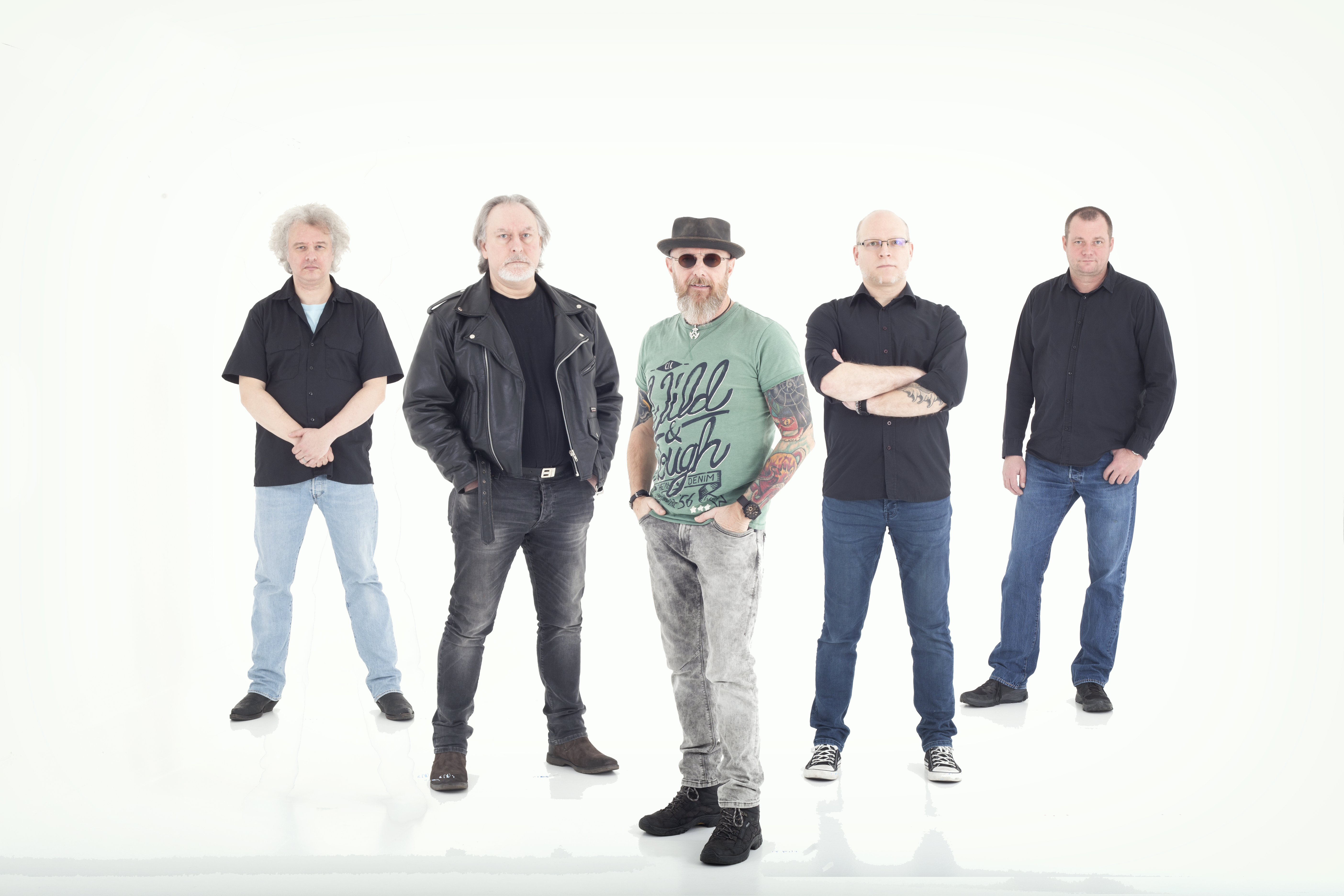 While Beyond The Labyrinth’s signature triangle is still present, the artwork of “XXV” is unusually sober compared to the band’s recent artwork. While previous releases like “The Art Of Resilience” & “Brand New Start” featured colorful artwork, “XXV” has plain black cover art with the Roman numerals that make the album’s title as well as the band’s name in bright silver colors. And the iconic triangle is peacefully looming in the background.
Thematically, the songs on “XXV” are as varied as the music itself. Topics including flying (both physically and metaphorically), mental trauma, the daily life and grind of a rock artist, photography, intimacy and more. I’m pretty sure that at least one of these songs will be relatable to most people, I for one, certainly have a few tunes that remind me of past life experiences.

I’ve got several favorites here! The inspirational “Altitude For Energy,” the energy of “Louder Than Thunder,” the darkness of “Invisible Battle Scars,” the keyboard/guitar chemistry of “Dedicated To Sir J./Rush Rush Rush,” the anthem “This Is How We Roll” and the rhythms of “Up There In The Sky.”
There’s isn’t anything truly negative I could say about “XXV.” Maybe the production could be a bit beefier (but the band still did a great job production-wise despite most of the album recorded in the band members’ own homes) and Beyond The Labyrinth’s style might be a bit cheesy to some (especially those who dislike 80s synth sounds). But the one thing I’m sad about is that this is only the fifth Beyond The Labyrinth album despite the band being formed in 1996. Sometimes I think of how big this band could’ve been today if they had put out more material and played more gigs in these past 25 years. Still, Beyond The Labyrinth keeps on thoroughly entertaining me ever since I’ve begun listening to it and this celebration album is no exception at all.

9 airstrips out of 10. A beautiful celebration of their 25-year existence, Beyond The Labyrinth’s “XXV” album is a long and varied set of tunes that all breathe classic rock (and even a bit of disco, jazz and funk here and there) and offers you a deep, intimate and quintessential view of what this band is all about. If you enjoy such iconic vintage acts like Deep Purple, Queen, Iron Maiden, Pink Floyd or Abba then Beyond The Labyrinth is definitely worth checking out. From here to Tokyo!