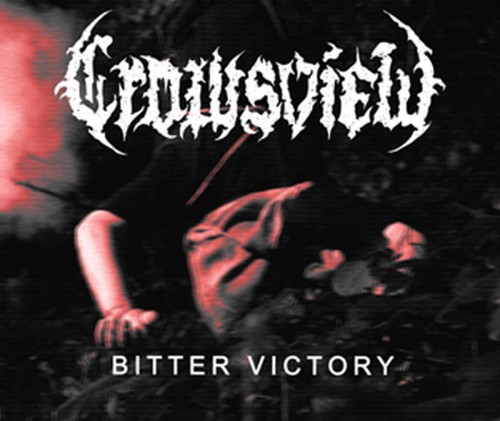 I’ve first encountered Crowsview back in 2018 when our Dutch comrades called Hard Life Promotion gave me the chance to check out the band’s debut album “Lost Resistance” (read my review: https://www.belgianmetalshredder.be/reviews/91) I already had contact with guitarist Dieter Willem because he’s the brains behind the hardcore/metal crossover festival Evil Or Die Fest. Crowsview has now returned with their first new single in 3 years’ time so let’s shred them again.

“Bitter Victory” is the latest single from the Belgian metalcore band Crowsview and is once again an independent release provided to us by Hard Life Promotion. The single will be featured as a track on the band’s upcoming album for release in the first half of 2023
After a creepy opening grind the band roars into action with their usual metalcore beats with thrash metal undertones and crisp, shouting vocals. The short guitar solos do offer the tune a fun diversion and hopefully we’ll be seeing more of the band’s melodic side in their upcoming album.
One difference I instantly noticed in “Bitter Victory” is its short runtime compared to the band’s past material (their older songs usually were about 3 to 4 minutes long) and that’s a good thing in my book. I’ve found Crowsview to fare the best when their songs are short, aggressive outbursts and I’m glad the band has now cut down a good chunk of unnecessary fat. The vocals, which I felt were rather underwhelming in “Lost Resistance,” have also improved, with Kevin’s typical piercing shrieks now sounding clearer and better balanced with the rest of the band’s sound.
All things considered, not a lot has changed in Crowsview’s style and that’s certainly no problem for me. “Lost Resistance” was already a fun album to shred through and now with “Bitter Victory” I’ve got the impression that the band has taken everything that worked in their previous stuff, removed the filler, enhanced the mixing and added some sweet guitar jams. I’m looking forward to hearing what else they’ll have in store for us in the near future. 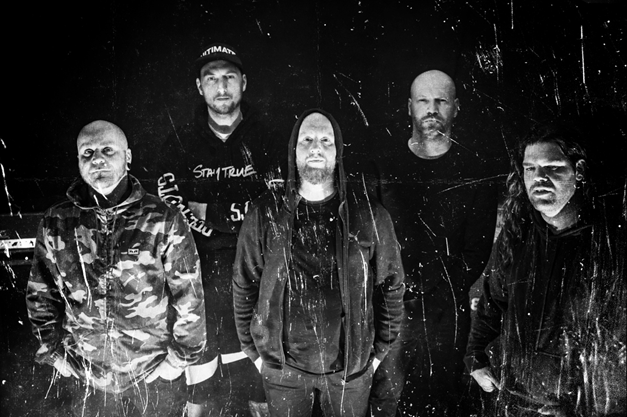 The black-and-white music video of “Bitter Victory” shows images of a bleak forest with two hooded figures with one of them holding a bloodied axe. The forest scene is alternated with footage of the band performing and at times both scenes intertwine with each other. Eventually one of the hooded figures ends up hanged by the neck and eventually the feet on one of the trees. Pretty weird stuff and I’m not sure what to think of it. Is this meant to be an original take on a slasher flick or is this a suicide drama? Who knows, but it’s pretty intriguing.
A nice music video especially when it comes to editing as well as the fact that red was the only color (aside from black and white), this art style makes me think of the Sin City comics. However, I don’t like the excessive use of flickering lights in the video since it made watching the clip multiple times quite tiring for me, even with the occasional break.

7,5 axe-wielding hangmen out of 10. A shorter & tighter tune compared to the band’s earlier work, Crowsview’s new single is a fun and energetic thrashy metalcore tune that also shows the band’s melodic evolution.