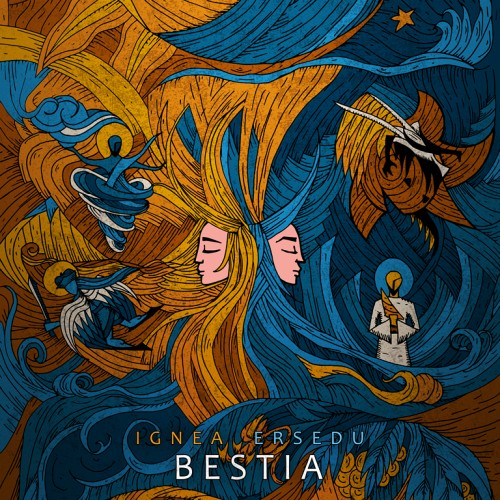 This  EP was released October 21 and is a split record by the Ukrainian death metal bands Ignea and Ersedu. “Bestia” is a concept EP about the human nature of Ukrainian mythological creatures and the world’s duality. The physical album contains a sixth song, this song is also featured in the version of the album we got send to us by Grand Sounds PR.

The first two songs are by Ignea and are kinda death metal driven by the grunting vocals mixed with the clean vocals. The EP’s third and sixth song is composed by both bands and is a nice combination of their respective styles. The fourth and fifth song are by Ersedu and I would call it symphonic death. In this way these bands fit together as one.
The first song “Bosorkun” is a fast paced song with mixed vocals and quite a melodic theme along with aggressive intersections founded by frantic drums and keyboards. It starts off with a instrumental intro that is really fitting as an opening to the EP itself. The clean symphonic vocals remind me a bit of Epica’s Simone Simons. The following tune is called “Magura’s Last Kiss” and begins with chanting in Ukrainian. Just like the previous song the vocals and overall instrumentation are mixed between symphonic and death metal, but here the clean vocals remind me of Charlotte Wessels who was the singer of Delain until recently. The grunts are, although being very “dark,” still understandable. 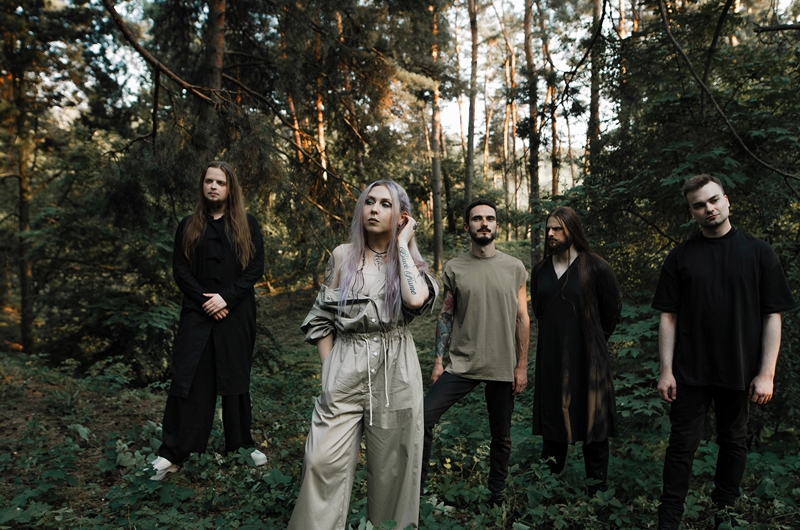 Next up is “Mermaids”, this song is a cooperation between the two bands and the harmonies between the voices of the two singers are very nice and complicated in their simplicity. This song has more symphonic melodies but is still intertwined with the darker side of these bands. The song also starts off with a short instrumental intro and has more orchestral and cinematic vibes overall.
The fourth track “Black Garden” begins with an eerie instrumental intro that perfectly captures the essence of the two songs composed by Ersedu. The contrast between the female grunts & clean vocals is quite refreshing. The atmospheric intermezzo is a breath of relief in a quite dark and experimental song.
The following song is called “The Eaters of The Sun” and is the darkest track of this EP. It features a lot of grunts and pounding guitars. This one is less my kind of music, but I can still appreciate it technically. The vocals are snarly and dark but still very melodic in some way. The drums pound and pound on and give this song a more deep sound. The last song is a compilation of all the other songs and forms the perfect ending to the EP. However this song is completely instrumental and contains parts from every other song on the EP. 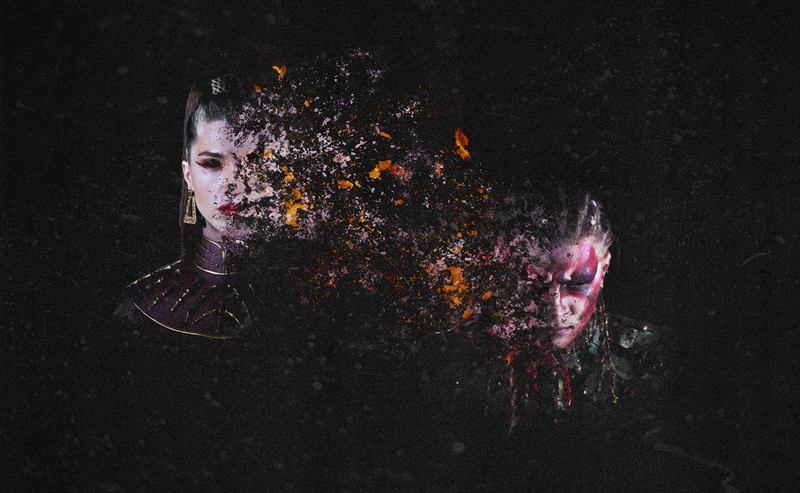 This EP is nice and compact but still making me crave for more. This album is the perfect hybrid between the more mellow melodic and symphonic metal and the dark and deep death and black metal. The songs on this EP all compliment the others in their own way. Some being darker, others being lighter and everything in between.