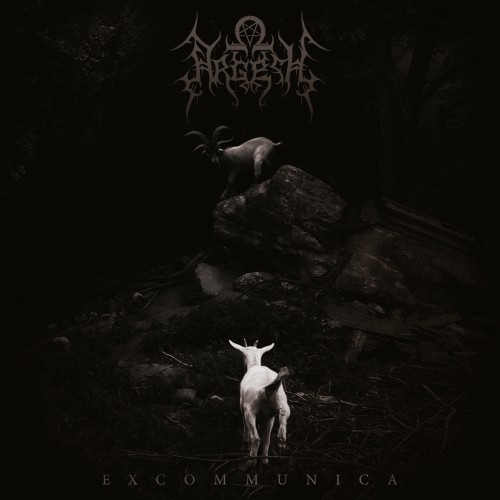 We were contacted by Argesh’s drummer HHG who offered us to ship us a digipack of his band’s debut full length Excommunica. While it took a while to get my shredding teeth fully into this exciting new release, we did play a fragment of the single “Source Of Miracles” on our 5 Italian metal bands Vol 1 video (check it out: https://www.youtube.com/watch?v=RcIWHkho_Ks) but now it’s time to really jump into the apostate realm of Argesh.

“Excommunica” is the debut album from the Italian apostate black metal band Argesh and is released via the Italian record label Nero Corvino with distribution handled by Sepulchral Silence. This full-length begins with a beautiful and menacing opening called “Abiura” which features violins, orchestral horns and tribal drums, it made me think of Hans Zimmer in some aspects. After that intro the album ventures into “Suffocate in Oxygen” an epic and versatile tune that blends elements from old-school black metal with symphonies and both traditional black metal shrieks with clean singing and multi-layered vocals. It’s a song that really grabs your attention because of its intensity and melodies.
After that great hook it’s time for “Source Of Miracles,” which puts more emphasis on guitar with several solos intertwined with frequent tempo changes between fast-pounding blast beats and slower, drawn out riffs. Then Argesh’s dark atmosphere gets even darker with the next track, “Praelatorum Pedophilia,” a brutal tune that further puts all the extreme elements of Argesh’s sound on display in a bloodred light. With the aggressive beats and screaming vocals, this tune especially feels like a descent straight to hell.
Next up is “Apocalypse 20.7-8-9” which takes a more orchestral approach to Argesh’s sound along with the thunderous combination of melodic guitars and hectic drums, backed by powerful orchestration. The album ends with its longest and most diverse track “The Elohim’s Mark.” A finale that starts off with raw fury but gradually cools down into a series of lengthy solos as the album eventually fades out.
In that 30-minute runtime Argesh has definitely made me a fan of their sound, inspired by both classic black metal acts like Darkthrone & Mayhem as well as the symphonies of Dimmu Borgir & Fleshgod Apocalypse topped off with a ton of guitar-driven melody. In terms of vocals the band hired several guest vocalists from acts like Kenos, Tregenda, Bhagavat & Grendel, each of them providing their own throat-ripping grunts & shrieks and thus creating some nice vocal diversity. The album is also well produced and the band’s hellish orchestral vibes are nicely put on display here. But I believe Argesh’s current main strength lies in the melodic guitars and that’s what sets them apart from the usual black metal stuff. I’m very curious to see Argesh perform live to see how they’ll be bringing their epic darkness on stage. 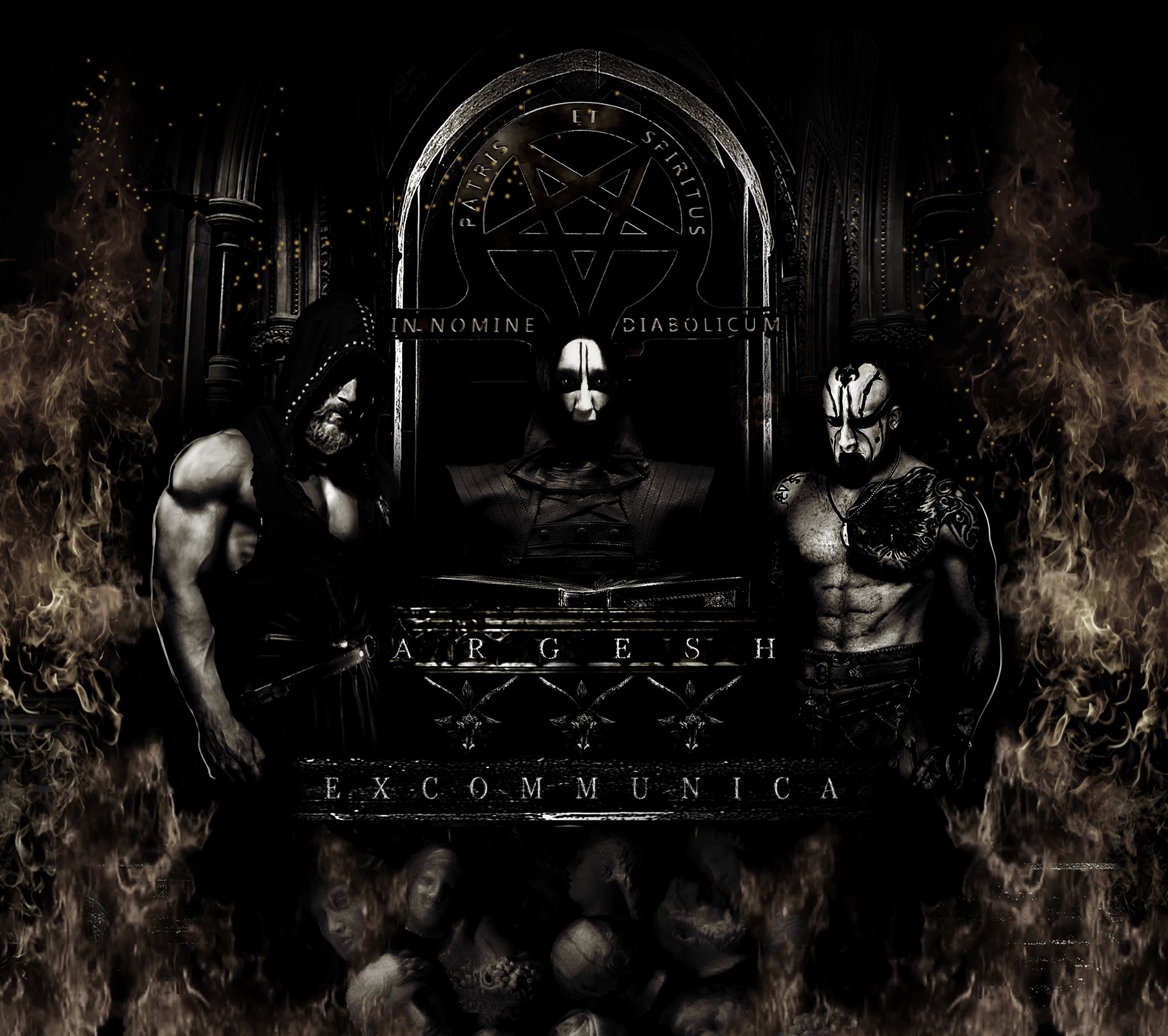 The main theme of “Excommunica” is the rejection of organized religion and throughout the album Argesh lashes out against those who blindly follow their religion as well as the clergy who abuse their power and the naiveté of their followers to physically and mentally abuse them. In fact, those “holy men” are described as rotten monsters who feast on the flesh and blood of those who put their faith into them.
The album’s apostate theme is also beautifully symbolized in its artwork. The front cover of “Excommunica” depicts a pitch-black goat standing on rocks and staring at a snow-white goat that gallops towards its black counterpart. Personally, I interpret the image as a religious person (white goat) who, embittered and cynical because his faith was terribly misplaced, decides to join his “liberated” comrade (black goat) towards a life of freedom.

My top picks are the album’s final track, “The Elohim’s Mark” for its musical variety and “Source of Miracles” for its sheer intensity. Although none of the tracks are particularly weak I do feel that Argesh’s sound still has some room for improvement. The songs feel a bit too similar to one another and they could still have a bit more power to them. Perhaps Argesh could further mix up the vocals (the operatic cleans are quite underused) or ramping up the orchestral stuff to further compliment the excellent guitar work. In any case, I’m glad Argesh took the time to introduce me to their already solid work so their debut full-length receives…

7,5 apostate goats out of 10. A well-built classic orchestral black metal album that puts much more emphasis on melody than you’d expect at first. Argesh unleash their anti-religious rage with genuine conviction that will certainly drag you into their apostate darkness.