Dimension of the Doomed 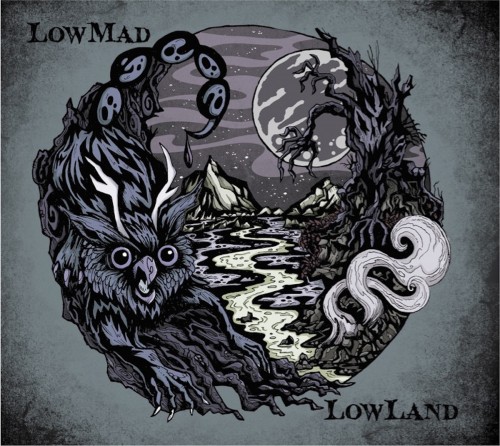 I’ve been in touch with the Belgian metal band LowMad for a while now and the band has now offered me to take a look at their freshly released debut album. Not much else to say here, time to get shredding!

“LowLand” is the debut album from the Belgian stoner sludge metal band LowMad and is released via the Belgian record label Dust & Bones Records.
The album begins with already one of the album’s longest songs, “Jackie” and the rough riffs heavily augmented by the crunchy bass immediately caught my attention. The early parts of the song are fast and frantic and remind me of punk while the middle sections slow things down to a more doom rock n roll feel and finally there’s an ambient ending with droning sounds and softly pounding drums. A bizarre but enjoyable opening.
Next up is the title track of “LowLand” and therein the band shows a more straightforward side with howling vocals and more melodic guitars, there’s also a pretty badass ending featuring galloping riffs. Then comes “These Bleeding Words,” which, like “Jackie” before it, is a mélange of rock & metal styles with elements of punk beats, tribal grooves, droning doom melodies & stoner riffs.
“Learn To Live,” in usual LowMad style opens with menacing sludge beats before going to a stoner punk section (a significantly longer one that is) and finally another scorching bass ending. “Disobedient Slavery” is one of the most atmospheric and heaviest songs on “LowLand” (and that says something) thanks to the ambient opening and the frantic beats and vocals which made me spontaneously headbang!
“Raise” is another heavy hitter but the rather soothing and cleanly sung middle part was quite an unexpected but appreciated surprise, the song then rumbles and screams towards “Narcissistic Rage,” which starts off as a sleazily sounding stoner tune but eventually intensifies towards powerful dual vocals and then some hardcore inspired breakdowns. “Vibes” is a groovy track with once again some punk & doom sections. “Stuck Inside My Head” reminded me a lot of classic Black Sabbath particularly in the guitar, vocal and rhythm departments. The album ends with the sweet headbanging beats of “V et XII,” that also features a lengthy and pretty relaxing instrumental middle before heading back to the aggressive tunes of the beginning.
LowMad’s sound is a complex cocktail of stoner, doom, punk, groove, sludge, grunge and other rocks & metals and therefore their sound is rather hard to classify. But one major ingredient in the band’s sound are the bass-heavy riffs and the unpredictable nature of their songs. When I was listening to the album I was always eager to check out the next song and hear what other tricks LowMad had up their sleeves. The production is also well-made, the instruments pack a solid punch to them and the varied vocals, while a bit too far in the background at times, fits very well with the music that plays along. 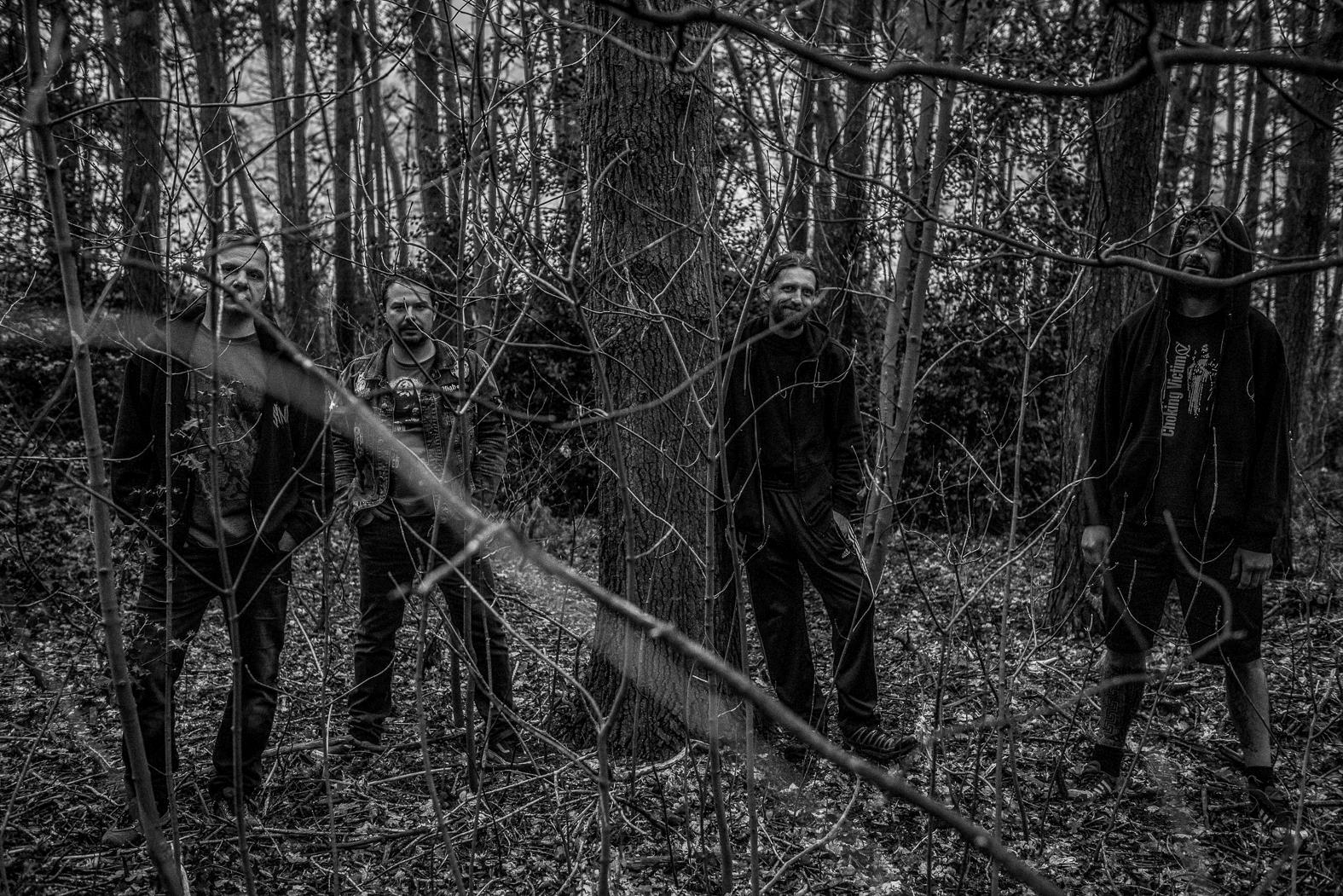 The cover art of “LowLand” features a decaying landscape of dead trees, filthy water and eroded soil. The whole scenery reminds me of the legendary FPS game Quake but I’m more intended to believe that the band wants to show an image of a possible ghastly landscape that our next generations may inherit if we keep on polluting the planet and the album as a whole has an “end of the world” feel to it. I also really like the artwork’s comic book like aesthetic and the sphinxlike creature on the left side. The tail of a scorpion, the body of a cat, the head of a an owl and the antlers of a deer. Lovely!
[SHARPEST SHREDS & BLUNTEST BLADES]
I really like the variety of the album’s opening track “Jackie,” the grim atmosphere & energetic beats of “Disobedient Slavery,” the nostalgic Sabbath sounds of “Stuck Inside My Head” and the album’s intense finale “V et XII.”
Overall, the songs on “LowLand” are a bit too long for my tastes, sure, there’s a lot to discover in LowMad’s sound, but I think they could still make their next songs a bit shorter and tighter. Other than that, I’m pleasantly surprised by the work they’ve done here so the LowMad punks deserve…

7,5 sphinxes out of 10. LowMad’s debut is an unpredictable cocktail of countless rock & metal subgenres (including punk, doom, stoner & more) fueled by hard-hitting bass, sudden style & tempo changes and thick production. If you enjoy any of these aforementioned subgenres then you may certainly check this one out!