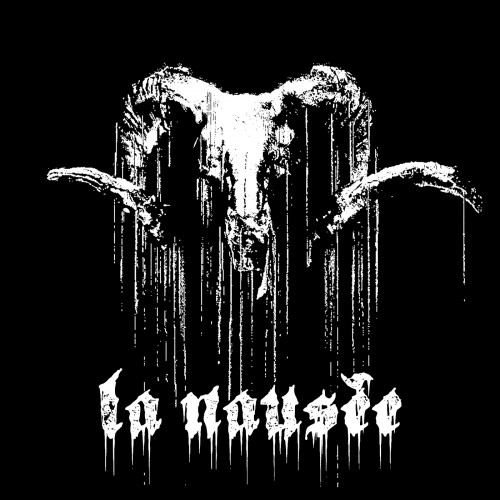 I first heard La Nausée while listening to a metal compilation album called “Sounds of Hell Volume III.” Their first single “Split” was featured alongside songs by many other Belgian and Dutch metal bands (and was reviewed by Stijn “Metal Shredder” here: https://www.belgianmetalshredder.be/reviews/268). Listening to them then, I thought they were the best band on that album. So reviewing their debut EP “Battering Ram” should be a treat. "Battering Ram" was released on May 7 via Spectral Hound Records.

Listening to “Battering Ram” in the background, I can’t possibly sit still. This record hits the floor running and never stops. I particularly like the vocals, hidden and gritty under the musical assault. As far as metal goes, this is straightforward and easy to listen to. But don’t think that means it’s simple or boring, because once it gets its clutches in you, it’s hard to get away. The album opens with almost new metal sounding guitars on "Like Coin." This song rumbles along relatively peacefully before the drums pick up and you get pulled into the maelstrom. Switching between these slower sludgy pieces and the fast-paced chorus, "Like Coin" makes you bang your head to hypnotizing rhythms.

"Controlled" feels like a gun being fired and the race taking off. The fast drums and guitars drag you along to lyrics about control, of society and ourselves. There are some awesome low bass riffs in there, too, giving you a little breather from the madness. By the time you hit mid-song you’re already singing along to this anthemic outing. I love the squealing detail in the guitar riffs of "Lighted by a Torch." It takes what could have been a standard song and makes it just that little bit more interesting. The band plays around with interrupted vocals a little, breaking them up into tasty tidbits.

"Mass Drown" comes at you like a freight train. Stereotypical comparison, I know, but the only fitting one I found. Somehow this song reminds me of Bear. Maybe that’s not too surprising, since La Nausée worked with the same producer. Again, you are assaulted by heavy guitars and distorted vocals, with drums pounding out a rapid tattoo. I dare you to sit still. My leg twitched the whole way through this EP.

The artwork for “Battering Ram” flaunts metal conventions. Instead of coming up with some complex cover with deeper meaning and philosophical themes, the cover for La Nausée’s debut simply features a ram. It seems the paint for creature and the logo of the band is still wet, as both are dripping off the cover. To the point and functional, this simple cover stands out from the crowd, giving La Nausée that little extra edge.

My favorite song on Battering Ram has to be "Lighted by a Torch." The guitar riffs really make this song. I also really enjoy "Controlled," as it feels like this is La Nausée’s version of a singalong, as far as a sludge metal band can have one of those.

Belgian band La Nausée sets a pretty high standard for itself with its debut EP "Battering Ram." Its 12-minute runtime doesn’t give you much time to breathe, assaulting you with heavy riffs, distorted vocals and tight drums. Put it on and do your cleaning, you’ll be finished in half the time, I promise you. Or go out to one of their concerts and move until you drop. Both would be very enjoyable indeed. Solid 8/10. I can’t wait to see these guys live!