In Darkness I am reborn! 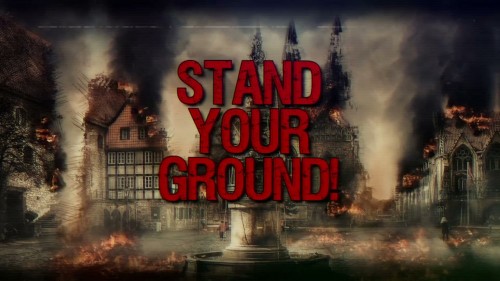 I’ve been following the young Belgian metal band Hellforged since their initial formation back in 2018. I also attended their first (and currently only) gig in September 2019 at the Noise Gate music school in Ternat and enjoyed that show quite a lot. After a COVID19 caused hiatus in 2020 the band has since reformed and have now released their first, fully-fledged single! Let’s shred this out!

“Stand Your Ground” is the debut single of the Belgian symphonic metal band Hellforged. In a rare turn of events, I actually stumbled on a link to the single when the band’s sponsored Facebook message popped up on my personal timeline. In any case, I’m glad the band’s back with new and improved material.
Hellforged’s first single begins with a humble yet moody keyboard intro with sad singing before the vocals turn into rough growls backed by harsh guitars and finally it all transitions into a hectic orchestral tune with long keyboard tunes, distorted riffs, fast, rhythmic drums and clean, operatic vocals. The song then continues switching between melodic death and symphonic metal styles (but never fully going to either side of the metal spectrum) to overall very good effect. The whole song breathes a dark yet combative atmosphere that’s greatly amplified by Linda’s convincing vocals (both in the clean and harsh sections) and the rather upbeat melodies.
Although “Stand Your Ground” is Hellforged first official single, the band did release a couple of demo songs back in 2019 (one of them, “The Heathen Trail” even got played on an early episode of BMS ON AIR) but compared to their old demo stuff this new material is a definite upgrade in all possible aspects. This new Hellforged song is more musically diverse, more energetic and better produced and offers something for everyone. Catchy songwriting, varied vocals and rhythms, grinding riffs, a sweet guitar solo and atmospheric symphonies. I hope the band will quickly find themselves a drummer and additional guitarist because I believe that will bring another significant improvement to their already solid first single. I’m already hungry for more!
The band has not yet released an up to date band picture, so here's a shot of me with founding member Linda during their 2019 debut gig. 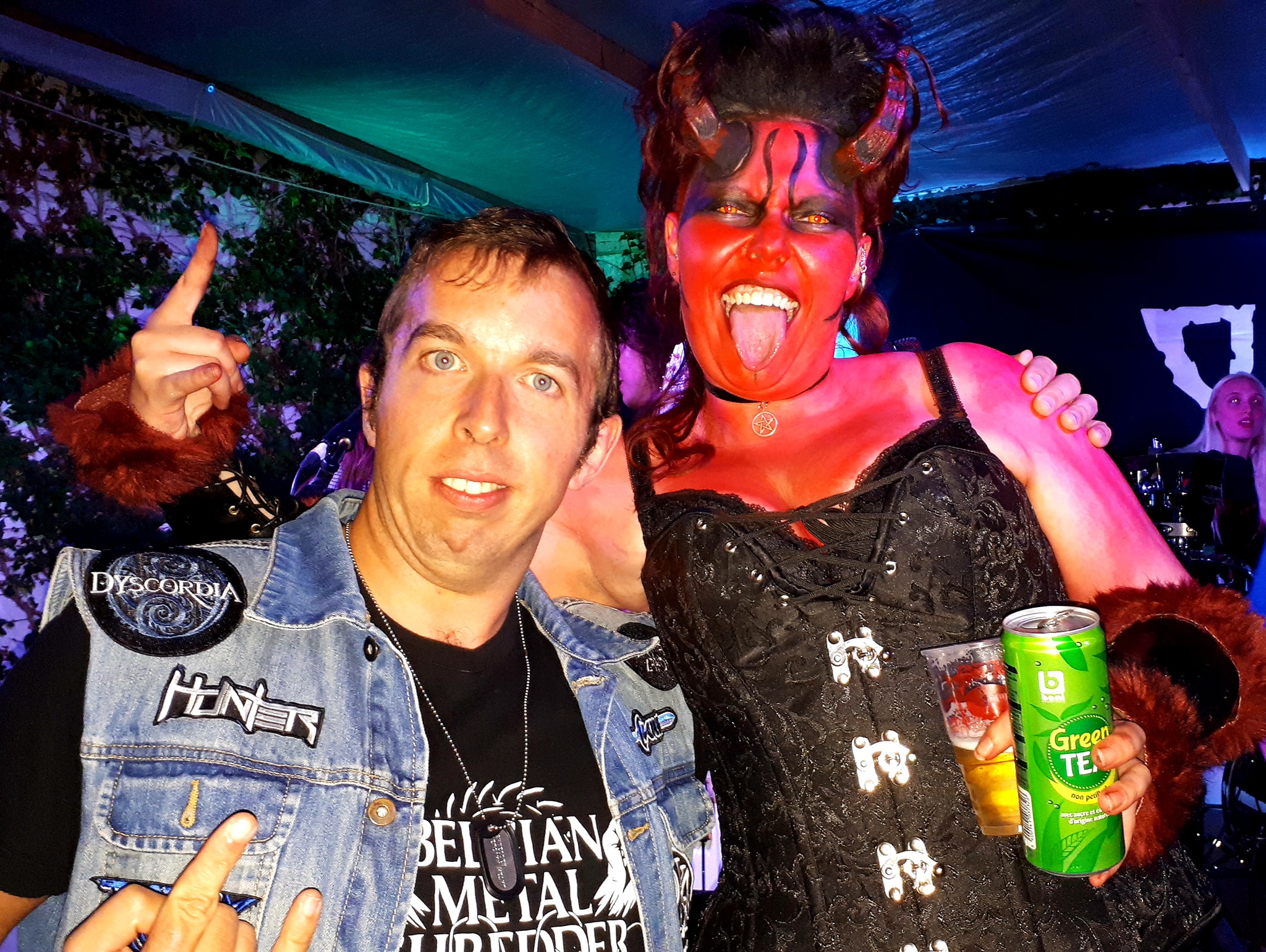 Unlike many other symphonic metal bands, Hellforged goes for a socially and politically fueled theme in their “Stand Your Ground” single. The band describe themselves to be alone in the gradually self-destroying world in which we live in but they’re willing to stand up and get together with the rest of us to stand up and fight for our right to survive. Hellforged also directly talks to the ones responsible for this mess and that their day of reckoning is upon them! While the single’s artwork is rather cheesy (yet another destroyed city landscape) I do like the colorful visuals. They remind me of the fiery skyscraper skybox from DOOM II: Hell On Earth so that’s a big plus!

7 burning skyscrapers out of 10. If you’re looking for a Belgian made mix of Arch Enemy, Powerwolf and Epica then Hellforged is a nice new band to check out! Here’s the single!