All that it takes, is the hand that brakes! 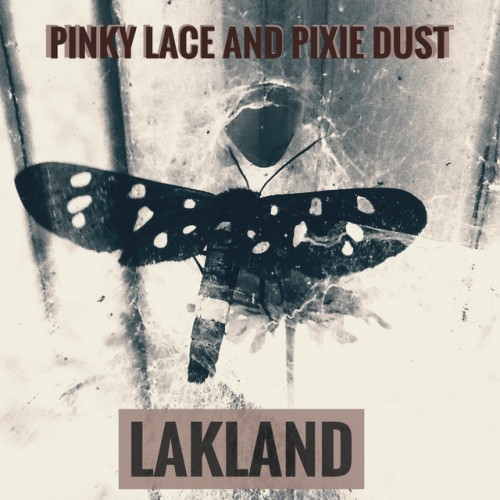 About a year ago I was contacted by Lakland’s founding member Filip Van Lysebeth when he introduced me to his project’s debut EP “Moxie.” Shortly afterwards, I played the EP’s title track on BMS ON AIR and later that year I also jammed the single “You’re Dad” on the show. And now, Filip is giving me another fresh single to play, “Pinky Lace and Pixie Dust.” And this time, I’m not limiting myself to playing the tune but also shred this one into a review!

“Pinky Lace and Pixie Dust” is the third original single from Lakland, created by Filip Van Lysebeth who was a founding member of the Belgian gothic/post punk band Silver Cross and afterwards worked with many other artists including Marco Minneman, Timur Sergeyenia & Byentl before starting his Lakland solo act. Like the earlier singles, Lakland’s “Pinky Lace and Pixie Dust” is released via the Record Union.

This new Lakland single features a catchy, bass heavy main riff that tags in and out with Filip’s high-pitched snarly vocals (reminding me of Megadeth’s Dave Mustaine’s vocal deliveries) There is a ambient drone interlude with an echoing monologue and a couple of frantic drum & guitar sections. Compared to the threatening industrial grind of the preceding “You’re Dad” single, “Pinky Lace and Pixie Dust” is more guitar-driven, similar to Lakland’s debut single “Moxie!” In addition, it’s a pretty short tune and that’s a good thing since it makes sure the single doesn’t overstay its welcome.

While “Pinky Lace and Pixie Dust” didn’t leave that big of an impact to me compared to the beautifully atmospheric “Moxie,” it still is a sweet and catchy tune with roaring guitars and a menacing atmosphere. Lakland manages to produce powerful tunes using little resources other than some good old DIY creativity.

The artwork for “Pinky Lace and Pixie Dust” features a dragonfly (at least, that’s what I believe the insect is) caught in a spiderweb. Along with the dark lyrics, I believe the artwork and song itself function as metaphors for rape. The insect prey caught in the spider’s predatory web and lines like “Shiver and shake. To your stress brake. The seed you create. Sews hate. Allows rape.” Using metaphors to describe real-life horrors, it’s nothing new, but when done correctly it still strikes very hard.

7 pixies out of 10. A catchy, heavy riffing song filled with grim metaphors and a brooding atmosphere. Lakland’s new single is a good example of a successfully applied less-is-more ethic. Enjoy the single!