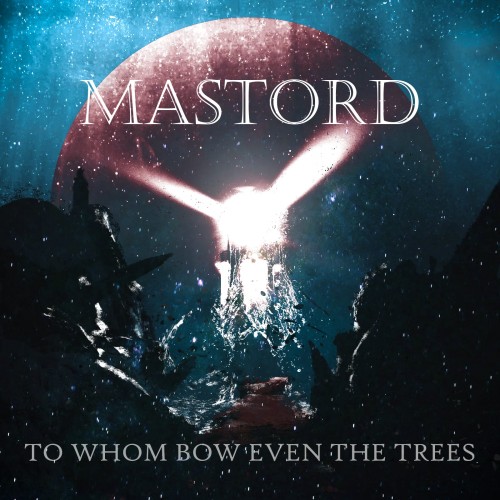 Mastord is a Finnish progressive metal band. “To Whom Bow Even The Trees” is the band’s second album and released via Finnish record label Inverse Records who had sent this directly to us. “The Walls,” the album’s introductory song starts off with a beautifully constructed instrumental melody, beginning with gentle piano and gradually joined by violins and trumpets and finally the meat of the song comes in and said meat is a healthy dosage of fun guitar and keyboard jams and operatic vocals. “Mediocre” kicks the intensity up quite a notch with heavy riffs and bashing drums and here the band’s Iron Maiden fluences are much more recognizable. In this particular tune Mastord plays a catchy marching beat which plenty of energetic guitar solos and vocalist Markku sings in a style and timbre that’s similar to Maiden’s iconic frontman Bruce Dickinson. Mastord’s emphasis on longer songs and keyboards does give their sound sufficient identity of its own.

Next up is “Humble Professor,” a tune with Deep Purple and Iron Maiden influences put together and ending with melancholic symphony. “Master – Savior” is another lengthy song with huge Tool vibes, a song full of psychedelic atmosphere and with plenty of excellent Maiden-like vocal deliveries. The album’s fifth track “Silent Chime” main attraction is its razor-sharp attention-grabbing main guitar riff that’s backed by bashing drums, howling vocals and a drone ending. “Fallen Angel” has plenty of orchestral vibes thanks to the operatic pianos and the soaring guitar melodies. It starts off heavy and gradually mellows down to a beautiful and lengthy guitar solo.

“Going Down” is a significantly more aggressive tune with slightly rougher singing, powerful keyboards and grinding guitars. “Endless Confusion” brings up the Maiden touches again with energetic galloping beats in addition to more bluesy interludes. The penultimate track on “To Whom Bow The Trees” is called “Closer To The Void” and introduces some traditional Indian music tunes in the song’s beginning. Other than that the song is instrumental for the most part with a cinematic tandem of guitars and keyboards. Finally the album ends with its longest track, the 13-minute “Circles Lies,” nothing more or less than one final long track that puts all of Mastord’s many tricks on display for us all to enjoy.

Overall, Mastord’s sound is particularly joyful, easy to get into and at times even danceable! The band mixes typically 70s, 80s and 90s rock & metal elements with more modern vibes. One of Mastord’s main highlights are the many highly rhythmic guitar solos which, although a bit lengthy at times, never overstay their welcome. Also the album features excellent drum work and great harmony between the guitars and keyboards and finally there are of course the beautifully operatic vocals. All things considered, I can warmly recommend Mastord’s new album for anyone who enjoys bands like Iron Maiden & Tool as well as everyone else looking for an engaging yet also relaxing prog metal experience! Enjoy “Fallen Angel!”