The Groove Of Human Decay 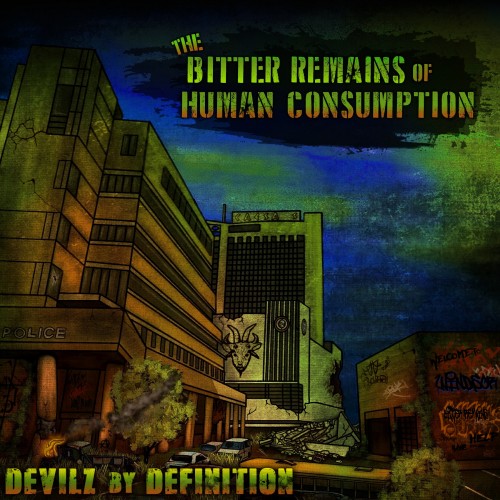 Canadian groove metal outfit Devilz by Definition is back for their third EP adventure, entitled “The Bitter Remains of Human Consumption.” It’s a short, 3-song EP that discusses the state of humanity and how music can unify the scattered remains of the human race. A noble goal, let’s see if it lives up to its intentions. “The Bitter Remains Of Human Consumption” is a self-released EP sent to us by Canadian promoter Asher Media Relations.

Opening song “Time is Near” starts things off with a warning: life is short. Live life now or regret it later, because “time is running out”. So no pressure! Starting with a single guitar, it eases the listener into the EP gently, or as gently as roaring electric guitars can. The song is a very coherent whole, clearly the band spent a lot of time polishing out all the rough edges. It’s direct and easy to bang your head to.

“Peace by Piece” came with a video and it was hard to swallow. The band interspersed their lyric video with statistics on suicide and mental health issues in Canada. That’s a tough theme and it adds a haunting quality to the song. I love the fact that they also offer up options for help. And that they promote loving yourself and being kind to yourself, “because you’re perfect the way you are.” Towards the end of the song, the band actively reaches out to anyone with suicidal tendencies so they can help “put them together.” These Devilz clearly have the hearts of angels. A solid production, again, the music guides you through the bitter pill that the vocals make you swallow.

Lastly, “The Bitter Remains” talks about being controlled by higher powers to which we are defenseless against. A dying breed that has no choice in the matter. Shawn’s scream makes it very clear how the band feels about that. Fight and don’t back down. Low roaring guitars add a fierce note to the tune, inspiring you to take up those proverbial arms and get out there. Protest, shout, make yourself heard!

All these songs are full of emotion and anger, but I also hear a lot of hope. Despite singing about “the bitter remains of human consumption”, these Devilz by Definition clearly believe that a change can be made, if we stand up and fight. They believe that music can unite us under the DBD flag and that their army can win the day. So maybe this EP is more about optimism and hope rather than bitterness and defeat. Maybe this is about a better tomorrow. 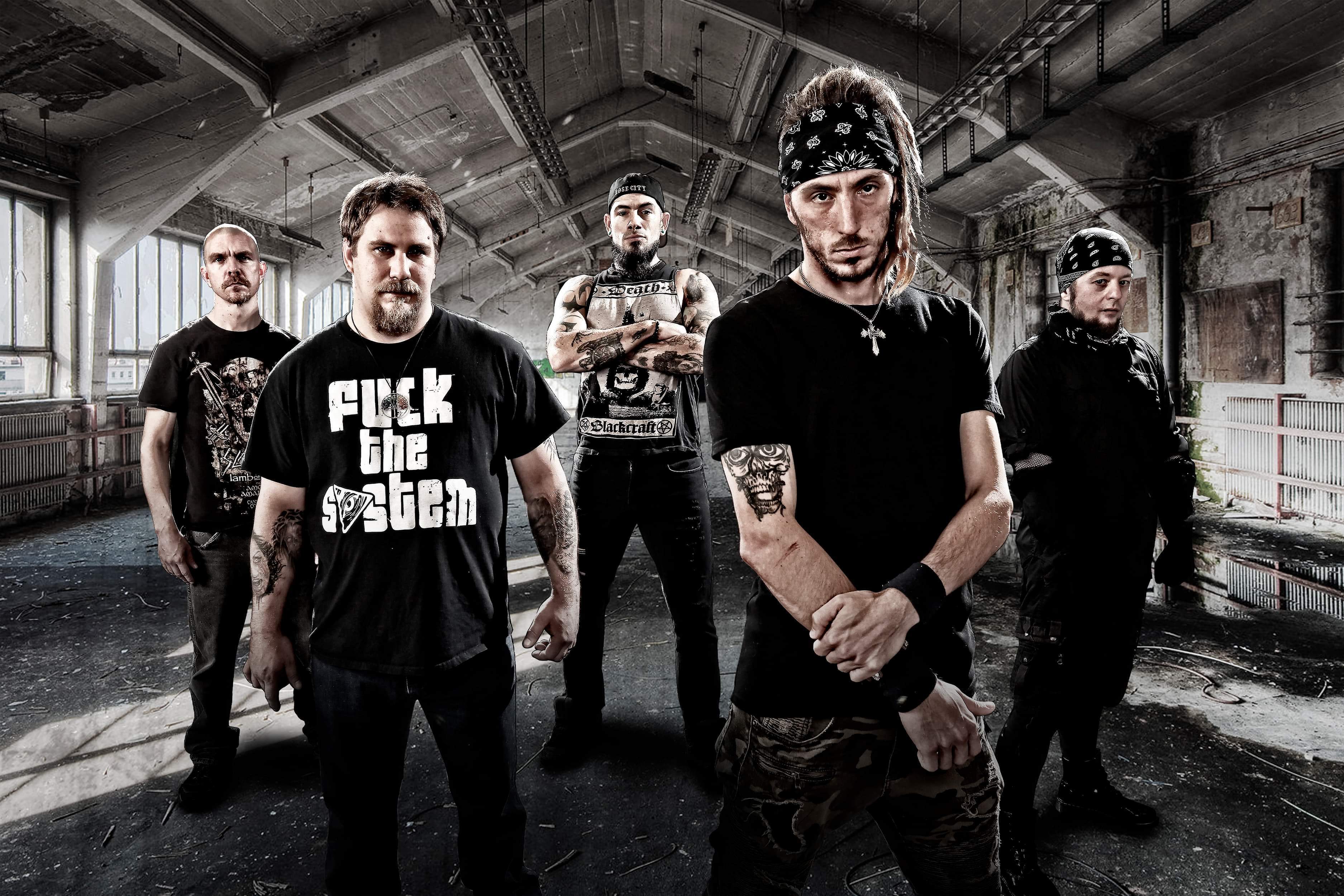 The artwork of The Bitter Remains of Human Consumption shows a city that is clearly polluted, dirty and in decay. The police station in the front is cracked and on the verge of collapse, leading me to believe that the justice system is failing. The large skyscraper in the back with the horned creature could refer to those higher powers that control our life as mentioned in “The Bitter Remains." Everything is dilapidated and run-down. Graffiti and crumbling buildings drive the point home that this is an almost apocalyptic landscape, wherein nothing is left but the last shreds of humanity.

My personal favorite track on the EP has to be “Peace by Piece,” because of its strong message of hope in the face of the bleakest of emotions. The other songs also strike a chord with their political themes and are designed to make you think.

I rate this EP at 7/10. The music is pretty straight forward, as far as groove metal goes. The vocals have a good range of screams and grunts and overall this EP is a fine representation of this particular subgenre. While it is not the greatest thing I’ve ever heard, Devilz By Definition certainly isn’t without its charm. Go check out that video I mentioned, “Peace by Piece.”