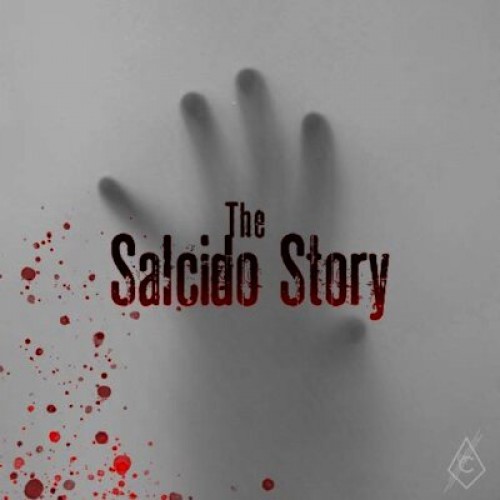 Over the past year we’ve covered October Changes quite a few times here, with an interview (https://www.belgianmetalshredder.be/interviews/147) and a couple of single reviews. Now, the band has once again written and recorded a new single and since October Changes’ material is varied to say the least, it’s time to shred another one of their singles into a review!

“The Salcido Story” is fourth single from the Belgian industrial & gothic metal band October Changes and is once again released independently and available on all streaming platforms.

Stylistically, I can best describe this new October Changes as similar to their debut single “Decay Of Sleeping Beauty” which the band had released last year. Like the aforementioned single, “The Salcido Story” has a very tragic feel to it, with the mourning vocals backed up by melancholic keyboards. The sharp guitars and heavy drums do provide the entire package with an aggressive undertone that switches back and forth with the mournful piano and singing.

All in all, “The Salcido Story” is another solid tune from this fledging band. While I do prefer their heavier material (like “the Puppet Factory,” read our review: https://www.belgianmetalshredder.be/reviews/241), songs like this new single show off October Changes’ talent for making complex songs that blend gothic sorrow with industrial rage. And like in typical October Changes fashion, the lyrics are once again very poetic, let’s talk about that now...

The song is named after the Salcido murder case. Ramón Bojórquez Salcido is a Mexican-American serial killer currently on death row for the murder of 7 people, including his wife and 2 of his 3 daughters. The song is written from the perspective of the surviving daughter, Carmina, as she attempts to cope with the trauma that has been haunting her since that faithful day.

In terms of lyrics, “The Salcido Story” makes the tale as tragic as possible, with Carmina reflecting that the man she ought to love and respect, the one who was supposed to protect her, her mother and sisters turned against her and her family in a rage of bloodlust. It shatters the entire image she had of her seemingly loving and caring father and reveals the monster that he really is. Powerful stuff that I believe way too many people can relate to.

7,5 childhood traumas out of 10. One of October Changes’ better singles in their current catalogue, if you’re looking for a well-made fusion of gothic and industrial metals then this single and band as a whole are certainly worth checking out! Here’s the single itself!