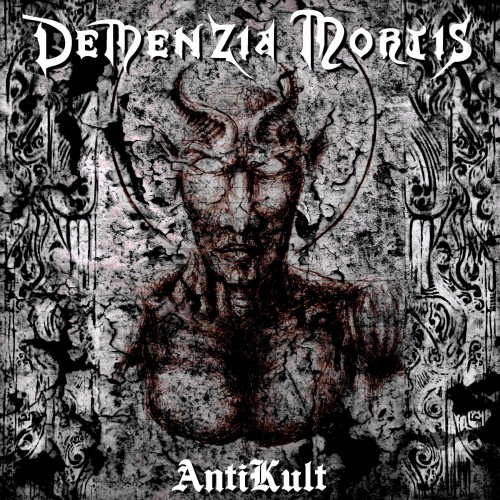 I’ve been in touch with the Diest metal bar Hell for some time now and over the past months they’ve given us copies of their Sounds Of Hell compilations (which I’ll be reviewing as well in the near future). Not only that, but the guys from Hell have recently founded their own record label and now their first release, Demenzia Mortis’s debut album “AntiKult,” is right here with me to shred through. Let’s get on with the review!

As I mentioned just earlier, “AntiKult” is the first album from the Belgian blackened death metal band Demenzia Mortis and released via the brand new label Sounds Of Hell Records (who were so kind enough to send us the album via physical mail, thank you so much). It succeeds their 2019 EP “Memento Mori.”

The album begins with “Intro Dies Irae,” a peaceful yet menacing opening in which the chimes of church bells and various religious choir chants barely cover up the sounds of fire, explosions and gunfire in the background. Then Demenzia Mortis blast their way into “Codex 666” and I immediately sense the band’s influences from old-school black & death metal in this particular song. The track itself has sections of pounding blasts and black metal shrieks as well as slower, more melodic parts with death metal growls. Then comes the title track of “AntiKult,” which begins with a slow, bass driven part that gradually intensifies by guitars and vocals and eventually goes into another blast & shriek explosion. It’s a nice and intense song and I believe this tune will certainly evoke a mosh pit or two when this tune will be played live.

Next up is “Triste Pasayge” a song that puts a larger emphasis on the guitar riffs. In this particular track the band mostly relies on slow and heavy guitar jams with only a couple of short blast beat outbursts. I also enjoyed the brooding French monologue in the song’s middle part. Then comes “Dark Resolution,” easily the most melodic tune on the “AntiKult” album and thanks to its slow and moody setting it provides some welcome diversity to the entire release, not to mention that the band shows off some solid guitar solo skill.

“Exultation Of Pain” provides some more of Demenzia Mortis’s melodic side but also mixes it with some old-school black metal beats and vocals. A great tune which made me spontaneously headbang! “Be Your Slave & Be Your Master” is more death metal oriented tune with its main attraction being the duets between guitar riffs and drum blasts. “Above & Beyond” forms an excellent conclusion to the main songs of “AntiKult.” It’s a true pounder of a track that nicely balances all the elements that were already featured in the earlier songs. Then the album’s main lineup of songs ends with the outro “Tranquility & Silence” with roaring guitars and a monologue from vocalist Naberus that ends with a “ssssh” whisper and then, silence.

If you buy the digipack edition of “AntiKult” you also get three bonus tracks, the first one being “My Blood Runs Black,” which features guest vocals from Bleedskin’s vocalist Anouk Debecq and classical singer Lilith Kumiho, the latter’s angelic voice in particular provides a surprise twist to this otherwise rough death metal tune and the duet she has with Anouk’s raging grunts is especially effective. The second digipack bonus track is a remix of “Blood Ritual,” which was also featured in the band’s EP “Memento Mori” from 2019. A simple death metal tune with a catchy melody and solid raw vocals and finally there’s a remix of the “Memento Mori” EP title track which, like “Blood Ritual” now enjoys a better and more balanced mix for arguably the best track from their earlier release.

All in all, Demenzia Mortis’s first full-length release is a clear upgrade compared to their 2019 EP. The songs are stronger and better written and while the production still leaves some to be desired, “AntiKult” is certainly worth checking out if you enjoy black & death metal. Nothing more and certainly nothing less! 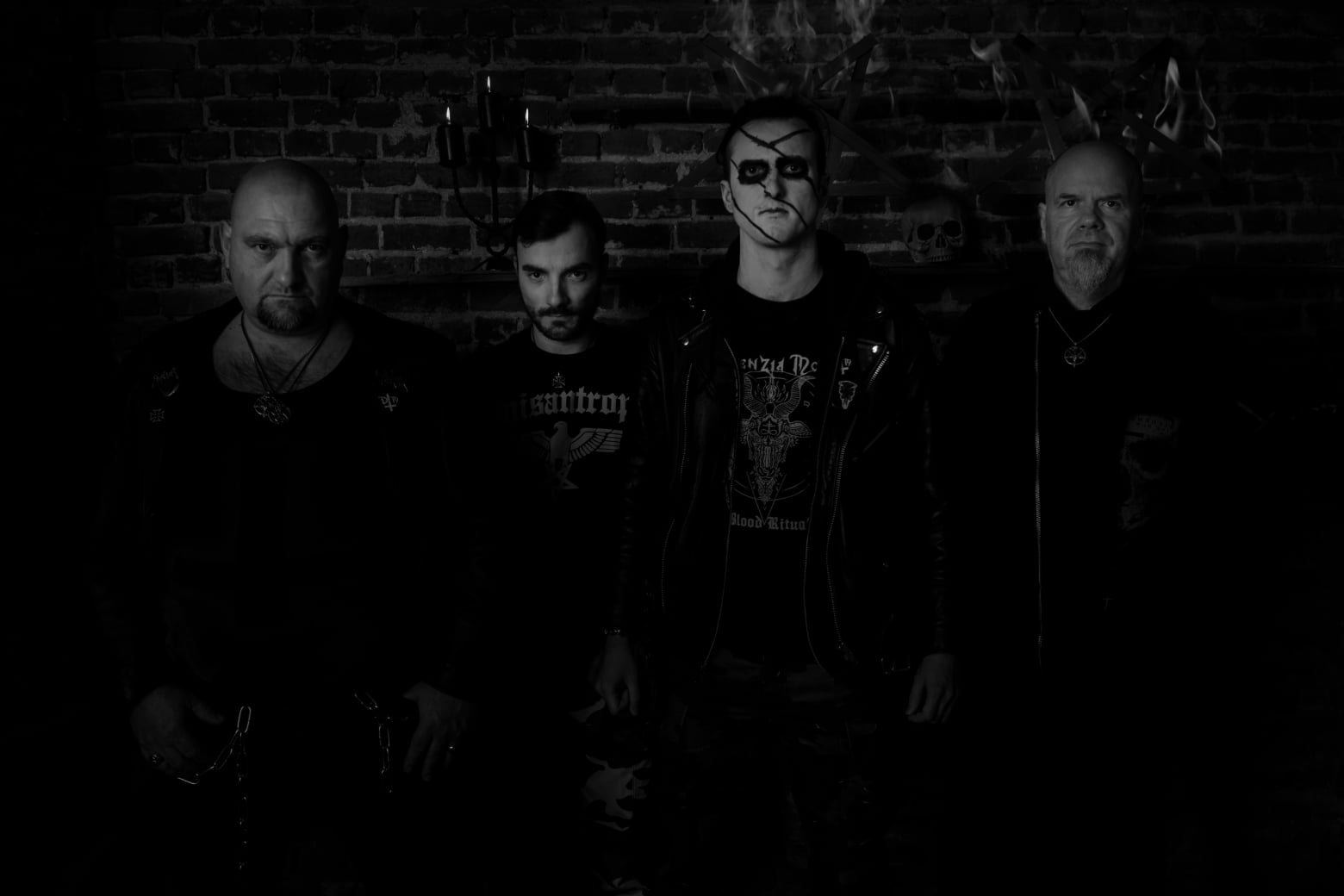 The cover art of “AntiKult” features a menacing human face with goat horns staring towards you while on the back is a baby face with tick eyebrows and huge staring eyes and Demenzia Mortis’s logo on its forehead. And finally the disc shows a tattooed and spiked goat-headed demon ready to slice Jesus Christ’s throat while its snake-tongue licks his holy beard. I must say I really like the artwork, it reminds me of a blend between the horror sci-fi art of H.R. Giger and the gritty comic book style of Frank Miller.

“Dark Resolution” is a big favorite of mine because of the huge emphasis on atmosphere and melody (I even feel little Slayer South Of Heaven vibe here) as well as the follow-up, the badass classic black metal tune “Exultation Of Pain” and finally also “Above & Beyond” for it being such absolute drill of a death & black tune.

The major weakness I feel in the entire “AntiKult” album is the production. For the most part, the album’s sound has a muffled quality to it and that’s a bit of a shame, since the songs themselves are well written and have plenty of raw stopping power. That being said, however, the band has already stepped up their production game quite well compared to their debut EP with a more balanced mix that makes the band’s musical strengths already more apparent. And after all, the whole is greater than the sum of its parts, so Demenzia Mortis gets…

7 throat slicing demons out of 10. While Demenzia Mortis’s debut album still lacks some necessary production values, the band does make the most of it with tight songwriting, powerful riffs, vicious blasts and beefy death and black metal vocals. Well-recommended if you enjoy blackened death metal! Here’s “Above & Beyond!”