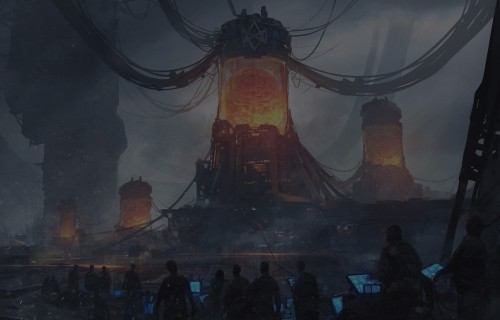 Since 2017 I’ve been keeping my eye out on the Belgian progressive thrash metal band Primal Creation. That year I shredded their solid debut album “Demockracy” (read that review: https://www.belgianmetalshredder.be/reviews/70) and 2 years later the band won the 2019 Wacken Metal Battle Belgium. And now the band’s putting the final touches on their second full-length “News Feed” and they’re already teasing us with the single “Please Disperse.” Time to shred!

“Please Disperse” is the debut single for the second album from Primal Creation. This new album will be called “News Feed” and is scheduled for release April 16th 2021. This single, like all other Primal Creation material released since 2017, is sent to us by our Dutch buddies over at Hard Life Promotion.

Describing Primal Creation’s style isn’t all that hard. It’s hard-pounding thrash metal with progressive complexities and strong political messages. Compared to the material from their previous album, there isn’t much changed here in this new album in terms of overall songwriting. Vocalist Koen still shrieks and growls in his usual raspy voice and guitarists Ruben and Cédric provide the music with plenty of melody while bassist Ewoud adds in the crispy bass and finally drummer Clint puts in the rhythmic headbanging beats. And as is usual in a Primal Creation song, there are a couple of cooldown sections with slower riffs and clean, megaphone-amplified vocals.

The most significant upgrade I’ve noticed in this fresh Primal Creation single is the improved production. All aspects of Primal Creation’s music now sound clearer and heavier then ever before and personally, that’s enough of an improvement for me to check out Primal Creation’s upcoming full-length. In their previous outing (and having seen them live on more than one occasion) the band had already shown that they can provide savage thrash with plenty of melody and unpredictability and I’m really looking forward to shred my way through the full version.

Political and social issues are once again Primal Creation’s main lyrical focus. This time, the band aims at fake news and how it corrupts the public’s worldview and how it leads people into the hands of narcissistic demagogues as they further spread their messages of fear, violence and hatred to the masses. I really like the artwork for this single, which features a futuristic scene of brains imprisoned into glass pods and being fed by several fake news spewing tubes and wires. The whole scenery is colorful, menacing and reminds me a lot of the Matrix. Welcome to the real world!

8 brain pods out of 10. Primal Creation’s new single shows all the great traits that the band had in their debut album and cranks up the production to further enhance the whole progressive thrash experience. Check out the single and stay tuned for our full review!