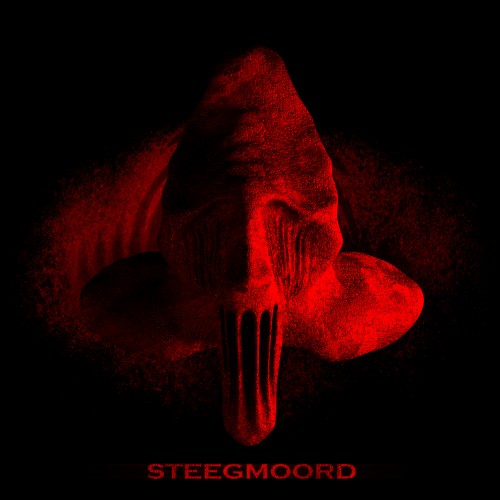 Last December I got in touch again with Maarten Doumen, guitarist and songwriter from the melodic metalcore band Six ‘O Five. He introduced me to his solo-project, Steegmoord, and announced that his eponymous debut EP would be released in January. Not only Maarten, but also Hard Life Promotion offered us to review said EP as well. And with this EP’s release just one day behind us, it’s time to shred this one, right in some random dark alley.

“Steegmoord” is the eponymous debut EP from Maarten Doumen’s instrumental solo project of the same name. This 6-track EP is released independently and sent to us by Steegmoord’s founder Maarten Doumen as well as by our Dutch friends at Hard Life Promotion.

The “Steegmoord” EP begins with “Your Liberation,” a dark ambient tune featuring pounding heartbeats, echoing drums and grinding squeaks. “Breaking My Chains” makes the EP’s true opening with groovy, melodic guitars and a varied pacing. The song also has a sweet stoner metal feel. Next up is “Man Made Mountain,” a track with a fun Mastodon vibe thanks to the roaring guitars, heavy drums and frequent changes in tempo and atmosphere.

Then comes “Ballad Of Bullets,” a significantly faster and heavier track with intense galloping beats and equally intense riffs and peacefully ending with soft drums, electronic beats and crisp bass lines. The EP’s penultimate track, “Silent Hill” is the longest song on the album and has a very sci-fi prog metal feel to it. And finally there’s “Poputchik” a straight forward old-school metal jammer that does end a bit abruptly into almost total silence.

The entire debut EP of Steegmoord is instrumental and people who know me, also probably know that I’m a huge sucker for vocal-less material since it leaves a lot of its content over to my vivid imagination and it also works very well as music to listen when I’m driving home from work after doing an evening shift. The powerful guitar riffs along with the complex and tight songwriting are clearly Steegmoord’s biggest strengths, the songs aren’t very long compared to usual instrumentals (most of Steegmoord’s tracks clock in at about 4 and a half minutes) and they complement each other pretty well with tracks dedicated to prog, stoner, melodic and sludge metal.

“Steegmoord” cover art features a blood-red, snakelike being with a hockey mask-shaped head staring towards you. While I like the creepy artwork for its simple yet attention-grabbing look, I do feel that it doesn’t quite represent Steegmoord’s style all that accurately. Personally, I would’ve preferred something more in the line of Mastodon’s colorful, psychedelic artwork. As for “Steegmoord” themes, well, the entire EP is instrumental so that leaves plenty of room for personal interpretation. Personally, I think the EP is an emotional journey through the human psyche with all the joyful bliss and nightmarish terror that comes along with it.

I must say that “Man Made Mountain” was one hell of a beauty. A multifaceted tune that features quiet, relaxing parts interlaced with furious headbanging sections and epic guitar work. I also thoroughly enjoyed “Silent Hill” thanks to its complexity and engaging atmosphere despite its rather long runtime.

Personally, I would’ve left out the EP’s opening track, “Your Liberation.” That particular tune is creepier and weirder compared to the rest of the release and would’ve been better suitable for a grim industrial metal release instead of for something more complex prog metal oriented like Steegmoord.

7,5 hockey snakes out of 10. Steegmoord’s first recorded outing is a beautifully atmospheric, highly melodic and very compelling instrumental EP that’s excellent for fans of acts like Mastodon, Rabea Massaad or something Belgian like Turpentine Valley. Here's "Breaking My Chains!"