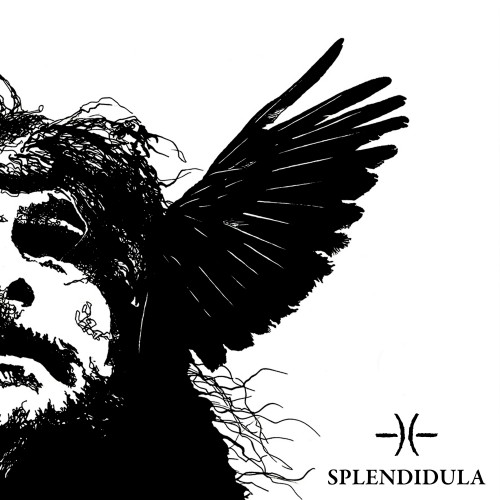 Splendidula is a band that I first saw live in late 2017 during the first edition of Doomsday, a festival dedicated to doom & sludge metal. During that evening I also shredded Splendidula (read it here: http://belgianmetalshredder.be/interviews/92) and a year later I shredded their second album, the impressive “Post-Mortem” (read it here: http://belgianmetalshredder.be/reviews/118). And this month, Splendidula will be releasing their third album “Somnus!” I’ve already did some shredding of this album beforehand, so let’s now shred through this one completely!

“Somnus” is the third album from the Belgian doom & sludge metal band Splendidula. It’s released via the Italian record label Argonauta Records and sent to us by our German friends called All Noir.
The album begins with “Somnia,” an excellent single with a crunching main riff which feels both menacing and hypnotic, narrated by slow and soft vocals and backed by groovy melodies that sound reminiscent of bands like Black Sabbath and Mastodon. You can read more about this great opening track in the single review I’ve written back in September (read it here: http://belgianmetalshredder.be/reviews/235). Next up is “Void,” a song whose heart first beats by the tunes of faster, rocking beats with lengthy, typically doom metal roars from guitarist Pieter before Kristien gradually takes over lead vocal duties as the song slows down but with Pieter still growling in the background. Eventually the song speeds up again and then Pieter changes his singing to a clean, operatic style to further complement Kristien’s moody singing.
Then comes “Incubus,” which begins with pounding war-like drums and an eerie Dutch monologue wherein Kristien describes her tarnished soul getting suffocated by advancing darkness before being seduced by a shadowy creature, represented by Pieter’s hallow screams and grinding guitars that continue along this deliciously creepy track. “Oculus” continues in the same vein as the previous track, another slow and thunderous song wherein Kristien’s usual angelic singing goes along with Pieter’s usual guttural growling.
The album’s second single “Drocht” is next on the album. After a gentle opening this tune explodes into a barrage of whispers, shrieks, grinding riffs, pounding drums and an epic guitar solo. And finally there’s the album’s 9 and a half minute long ending “When God Comes Down.” A song that opens with a long, peaceful guitar section that eventually expands to include drums, chants, growls, groovy sludge melodies and all the other excellent ingredients that constitute Splendidula’s sound.
From day one I’ve felt that Splendidula’s sound created a seductive yet also nightmarish atmosphere and this new “Somnus” release further enhances this feel. The guitars are attention grabbing because of their sonic heaviness. The songs’ sudden transitions from moody intimacy to earthshaking power and back, along with the combination of clean female and harsh male vocals give the material an unpredictable feel. Compared to Splendidula’s earlier work, the songs on “Somnus” feature slower, heavier riffs while the vocals are more varied but just as enticing as always. Simply put, Splendidula has taken the strongest elements from their older stuff and further amplified it, resulting in a very consistent release of high-quality doom and sludge metal. Dark themes have always been Splendidula’s playground and their latest full-length is no exception. Darkness, fear, death, nightmares, spirituality, unholy creatures of shadow and impending doom are all topics featured in “Somnus” and they all fit perfectly with the equally brooding music and atmosphere this album provokes.
“Somnus” cover art features Somnus, the Roman god of sleep who has black wings on both sides of his head and who's name obviously inspired this Splendidula album. A very sober and somber image that doesn’t really evoke any feelings with me. Still, it’s the music that’s Splendidula’s greatest trait, so let’s talk some more about that!

My top pick goes to the album’s finale “When God Comes Down.” The song begins by slowly but deliberately building up towards its intense later parts as more and more elements of Splendidula’s sound join in. A perfect introduction for newcomers to Splendidula.
While the band did feature some lyrics in Dutch I hope they’ll be writing a fully Dutch song in the future. I believe our mother tongue is quite suitable for this kind of dreary music and I’m quite curious to see how Splendidula will pull this off. Quite well, I believe!

8,5 lost souls out of 10. With their third release, Splendidula has further improved upon their successful formula of thunderous doom riffs, enticing female and brutal male vocals and groovy sludge melodies to create a seductive yet nightmarish realm of pure darkness. Here’s “Drocht!”