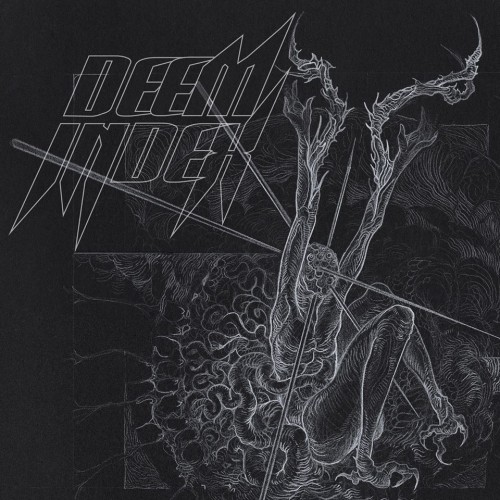 When scrolling through the emails I’d received from my Dutch friends at Hard Life Promotion over the weeks, I found this fun little release from Deem Index. I’ve also played their song “Halo” on BMS ON AIR last March (and made an obvious Easter egg to the Halo videogame franchise) and now it’s time to finally shred this EP.

“Mass//Minus” is the second EP from the Dutch melodic death/thrash metal act Deem Index and succeeds their 2014 debut EP “Vain//Void.” This is an independent release and sent to us by Hard Life Promotion.
The EP kicks off with the catchy riffs of “Scale of Content” the song also features galloping drums, occasional keyboard backings and Ronald’s snarly vocals provide a beautiful contrast to this otherwise very upbeat song. The next track, “Monologue about Violets” starts off with clean, chilled out vocals and a soft main beat before the song transforms into a heavy tune with blast beasts, even more extreme vocals while the melodic guitars keep jamming in the background. The song features multiple sections with varied intensity and has a sweet progressive edge amidst all the viciousness.
“Solo” continues and expands upon the progressive side of the earlier track with a rather slow-paced song with frequent tempo changes and long instrumental parts. Things speed up significantly with the ironically titled follow-up “Vortex in Slow Motion” with vicious riffing and pounding drums and harsh vocals that go into duet with cleans. “Three Stones Back” is the longest and arguably most melodic track on the album and one of my personal favorites. The album ends with “Halo,” a song that both starts off and ends fast and aggressive and has a beautiful melodic intersection with echoing vocals and a soaring guitar solo.
To summarize Deem Index’s style is simple, take the basics of bands like Soilwork & In Flames and add more variety in terms of rhythms and riffs as well as plenty of progressive influences and you’ve got a pretty accurate idea of what Deem Index is all about. The vocals are usually raw with occasional clean singing and the tunes can turn from moody to ferocious and from catchy to complex guitar riffs. A lot to enjoy in a small package.

“Mass//Minus” cover art features a weird creature with a human torso, arms & legs, bird-like feet & claws, human hands with long nails and a faceless head with numerous nails spewing out of it. The creature sits back on a “bench” that looks like a human brain and there are elk-like horns coming out of its wrists. I admit that this whole image reminds me a bit of the intro scene of the Hellraiser horror movie wherein Frank solves the cube puzzle and gets torn apart by hooks & chains. Pinhead would be proud.

I’ve already mentioned this track but I really dig “Three Stones Back” a lot! While the song is quite lengthy it features a grim opening and then gets jam-packed with catchy guitars and epic solos backed by raw vocals and rhythmic drums. Other favorites of mine include the opening track “Scale of Content” and the finale “Halo.” Both latter tracks are shorter compared to the EP’s other tracks and both serve as quick but excellent introductions to Deem Index’s style.
Personally, this EP felt a little short for me, with songs as excellent as the ones featured on this release (not to mention Deem Index had already brought out an EP beforehand) I would’ve preferred this to be a full-length release. But hey, at least I had a great time with this EP, so that means…

8,5 Pinheads out of 10. If you’re looking for melodic and catchy death & thrash metal tunes with a great dose of technique and versatility then Deem Index will certainly fill that void for you! Enjoy their self-created “Halo!”