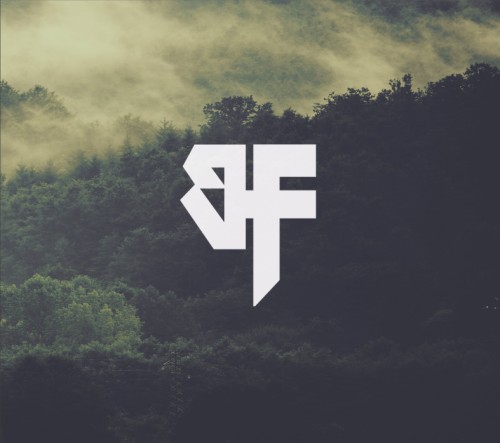 I was recently contacted by Blackfall’s frontman Bart Smet to write a review for his band’s debut EP. So thank you, Bart! I hope you’ll be pleased with my review and if you, dear reader, know or are part of a band looking for a review or an interview, don’t hesitate to contact me. I’m always hungry for more! But now it’s time to check out Blackfall!

Blackfall is a fledging grunge metal band from Oudenaarde, formed in 2014. In fall 2015 they jumped into the studio to record their first EP which features five songs wherein the band balances grunge rock inspired guitar riffs with classic heavy metal vocals and lyrics. When listening to this EP, I feel similarities between Blackfall and Alex Agnew’s Diablo Blvd. Both Bart and Alex have powerful, commanding voices and the riffs in their bands’ songs feature an equally hard hitting punch. One thing I do feel is missing from the songs on the Blackfall EP are some great solos. Bart and Stef could’ve definitely ripped open some technical guitar shredding, as they show most clearly in the EP’s fourth track.

The themes for Blackfall are very earthly, dealing with sin and redemption (We All Have Sins), warfare (Rise And Fall), political criticism (Clowns), courage in the face of danger and adversity (This Is It) and the fight against social propaganda (Time To Be Me). Yeah, it’s nothing original to neither the grunge nor the heavy metal genre. Does it has to be? Fuck no! On to the next chapter!

As is the case with many EPs, there’s only the front cover to talk about. It shows a sepia colored picture of some woods, maybe it’s the Black Forest in Germany, I’m not sure. And in the middle is Blackfall’s emblem. I really like the logo for it looks basic yet stylish. The futuristic font of the letters remind me a bit of Rammstein’s logo.

Not an easy decision, but I’ll go with the EP’s fourth track, This Is It, as my personal pick for best track on the list. I love the song’s main guitar melody and Bart’s vocals in particular are very convincing as a guy desperately putting on one last and potentially fatal fight against whatever enemy or danger he’s facing. The other tracks on the Blackfall EP are also very fun to listen to. Especially the second track, Rise and Fall, which has a catchy anthem feel to it. A great track when hitting the gym and sweating all over the place when you go for as many reps as possible.

8 fire breathing clowns out of ten! Yup, ladies and gentlemen, we’ve got ourselves yet another young Belgian rock band with some serious musical potential here. With this debut EP Blackfall has delivered a successful first impression and I look forward to hear more of them in the near future. A band well worth checking out when they play in a venue near you! Unless you’re a clown and if that's so, well... Let’s put a smile on that face! :)