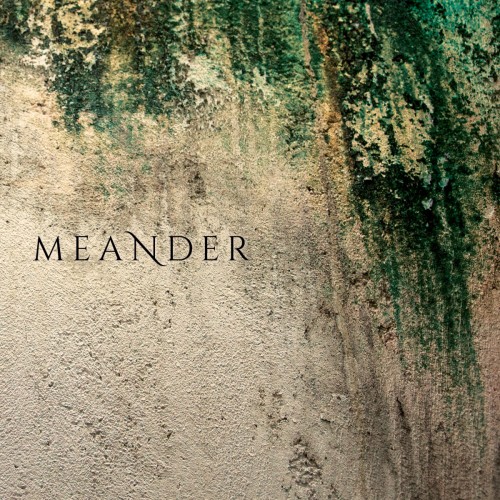 In June 2019 I attended a post-metal dual gig featuring Last of Us and Meander in the Gonzo Music Bar in Ninove. As always, I quickly got in touch with both bands. Last year Last of Us released their debut album “Swarm” (which I shredded here: http://belgianmetalshredder.be/reviews/101) and now it’s Meander’s turn to bring me some recorded material. You all know what’s coming next!

Meander is the independently released eponymous debut EP from this Brussels-based post-metal band and sent directly to me by the band’s drumming vocalist Pierre. This 4-track release begins with the softly grinding riffs and meditative vocals of “Thousand Shapes” but after its first 3 minutes, the song intensifies significantly with sharper, bass heavy riffs and several guitar solos before cooling down again to the same calmness as in the song’s beginning.
The EP’s second track, “Sowing the Seeds of Ruination,” is the shortest and fastest song on this release and shows Meander’s heavier side with frantic drums, howling vocals and thunderous guitars. Up next is, “Fading Light,” which begins with a smooth jam that gradually gets more complex and powerful as the bass and drums join in. The song eventually becomes a psychedelic post-metal trip with frequent tempo and vocal changes and beautiful guitar work. The EP ends with “Unwavering,” which provides a mix-up of all the traits from the earlier songs and this tune’s epic guitar solo finale makes for a great ending to this excellent EP.

Like with many other post-metal releases the cover art of Meander’s debut EP is deliberately vague. It’s just a ton of white, grey, brown and green but that gives the artwork plenty of room for self-interpretation. Personally, I see the cover as a coastline with its sands partially covered by seaweed.

My favorite track on Meander’s EP is the short and sweet “Sowing the Seeds of Ruination.” The song has a very hectic feel with its fast-paced drums, crushing guitars and desperate vocals. I also love the surprising catchiness of “Fading Light,” particularly the song’s sexy opening riff made me spontaneously swing my head and hips.
I did feel that the EP was a bit too short for my tastes. Its 4 tracks came and went much quicker than I had initially expected, so let’s hope Meander will further expand their repertoire to bring us a full-length release soon.

8 sand castles out of 10. While Meander doesn’t reinvent the post-metal wheel they do manage to cram a varied, powerful and atmospheric experience into a short 4-track package. Well-recommended if you enjoy acts like Amen Ra, Tool or Mastodon. Here’s “Thousand Shapes.”